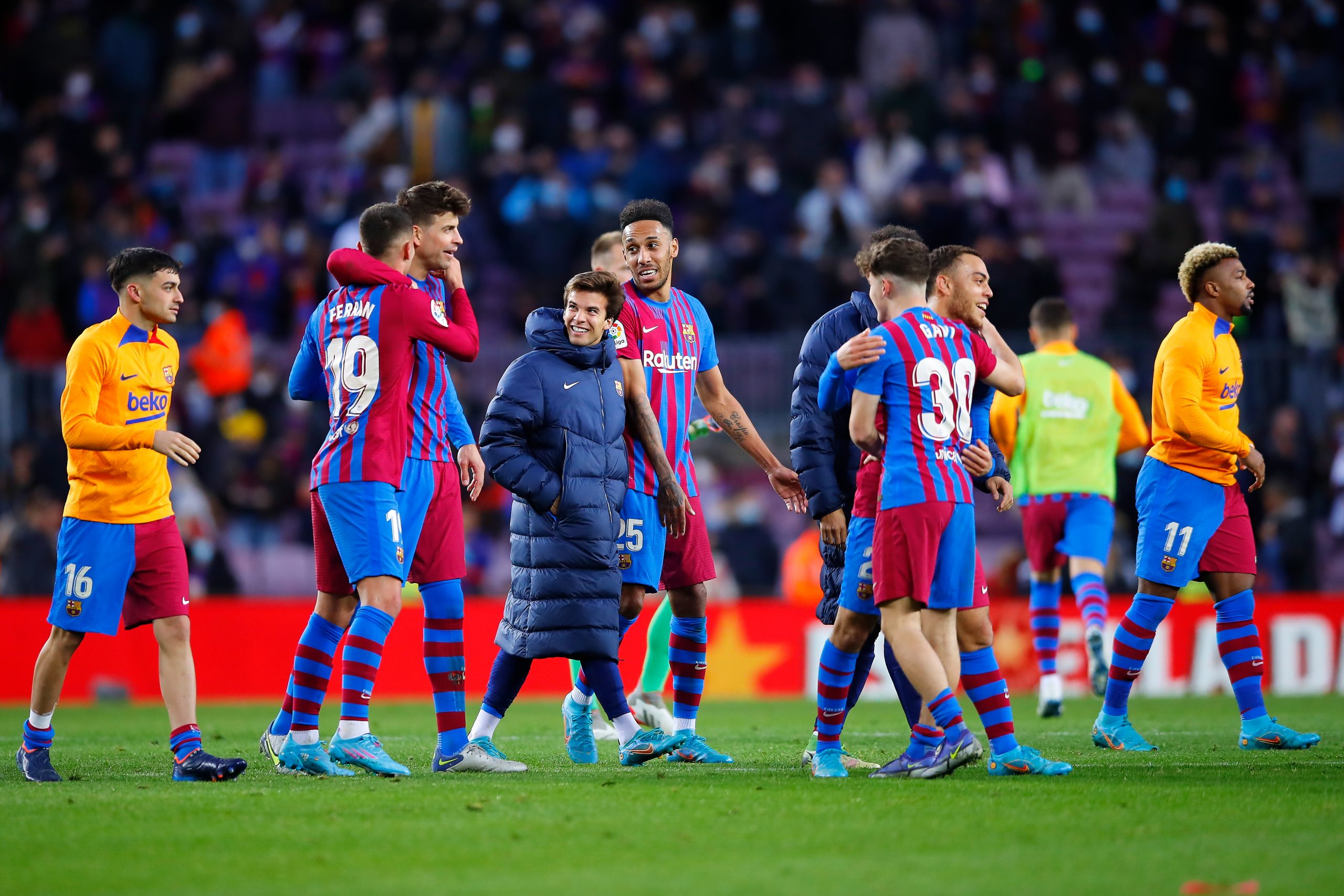 Barcelona have as many as two players who are on the brink of suspension against Napoli in the first leg of the Europa League knockout play-offs, with defender Gerard Pique and midfielder Gavi one yellow card away from being banned from the second leg against the Italians.

Pique was carded once each vs Benfica, while Gavi picked up his share of bookings vs Dynamo Kyiv away, and Bayern Munich at home.

Interesting enough, the duo have picked up two suspensions each in the league as well — once through the accumulation of five yellow cards and one through a double yellow resulting in a red.

That, however, isn’t the only issue the club is facing, as Sergio Busquets, Nico, Frenkie de Jong and Sergino Dest have all been booked once in the competition. This means two bookings in the upcoming games for either one of them will yield one suspension.

As far as Napoli are concerned, right-back Giovanni Di Lorenzo and centre-back Kalidou Koulibaly are at the same risk. One more yellow, and the players will miss the second leg in Naples.

While the sanctions are the same for all European club competitions, it is interesting to note that it is only valid until the quarter-finals. After that, although direct red cards will be penalized, yellow cards received in the past become void.

Meanwhile, Barcelona haven’t played in the UEFA Europa League since their round of 16 exit in the 2003/04 season against Celtic. Back then, Alan Thompson scored the only goal across both legs as the team from Glasgow advanced to the semi-finals.

Furthermore, Barcelona and Napoli have played each other just twice in the past, with their meetings coming in the round of 16 of the Champions League 2019/20 season.

The first leg ended without a winner (1-1), but Barcelona showcased their quality in the second leg at Camp Nou, with Clement Lenglet, Lionel Messi and Luis Suarez scoring in a 3-1 win.