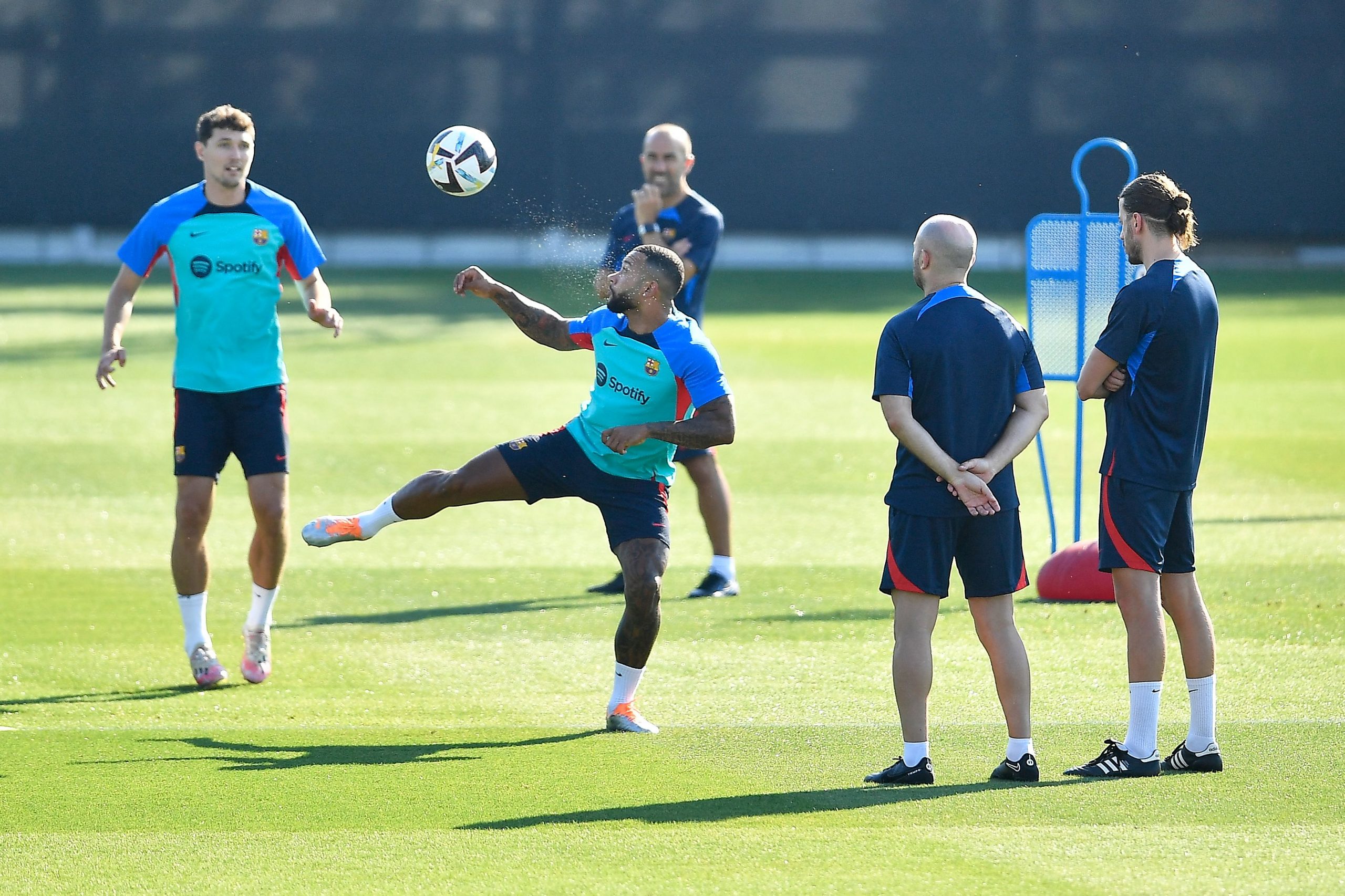 Over the past week, Barcelona has been a humdrum of transfer activities. Following the signing of Raphinha, the Blaugrana renewed Ousmane Dembele’s contract, handing him a new two-year deal.

It was followed by the biggest acquisition of all as Barcelona signed Robert Lewandowski from Bayern Munich in a deal worth a total of €50 million.

While the arrivals are certain to build up excitement ahead of the new season, it also means that Barça will have to make budget cuts in order to register all players successfully. It has led to the club trying to force Frenkie de Jong out of the club this summer.

Now, de Jong’s compatriot, Memphis Depay could also be offloaded following the transfer activity over the past week.

Indeed, SPORT reports that even though manager Xavi is happy with the Netherlands striker, the number of attacking resources at his disposal means that the 28-year-old will need to be cut from the squad.

And, as per the report, Depay, who had been happy to continue at Camp Nou until now, is also pondering his future as he seeks regular game-time, which might not be forthcoming in Catalonia.

Amidst the uncertainty, Tottenham Hotspur are ready to offer Depay an escape route this summer. The Lilywhites had enquired about the Dutch forward with Barcelona while they were working on the Clement Lenglet deal.

And as per the aforementioned report, Tottenham are in contact with the Dutchman’s entourage and have tabled a firm proposal for the former Manchester United attacker.

The report states that Tottenham are also willing to shell out a sum of €17 million to sign Depay, which is short of the €20 million figure that Barça are looking for in exchange of the Netherlands international.

Even though Spurs are ready to splash the cash on Depay, the report adds that the 28-year-old striker, who scored 13 goals last season, is not particularly keen on a return to the Premier League.

There is interest from clubs in Italy as well and it remains to be seen what the Dutchman decides. But if he desires a Premier League return, Tottenham are waiting at the front of the queue.