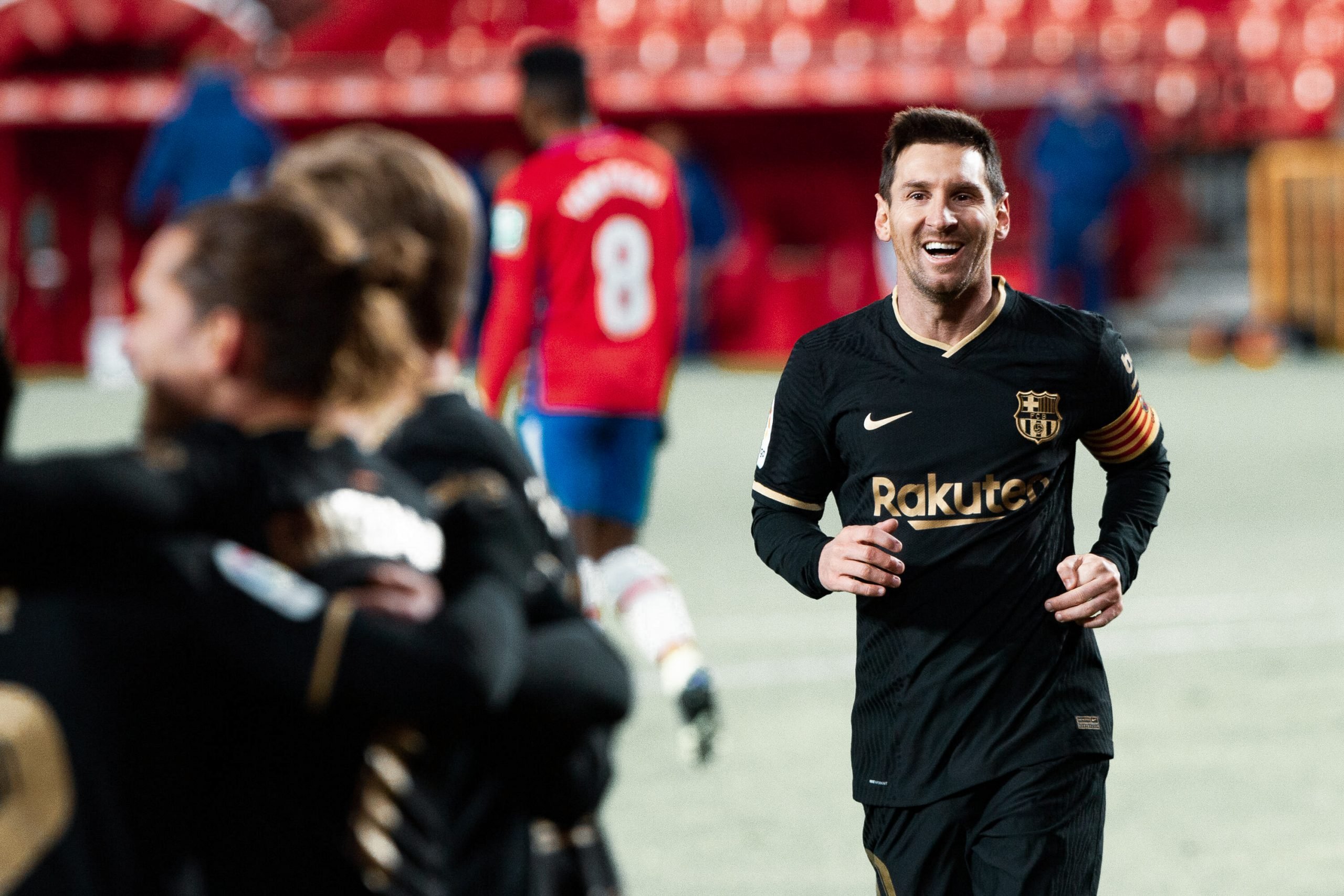 After the full-time whistle at the San Mames, there was a sense of peace amongst Barcelona fans worldwide. Their prodigal son seemed to be back and how. In what was arguably Lionel Messi’s best performance this season, he looked to be back to being the creme de la creme, the genius that could win you games singlehandedly.

He was not just on the score sheet but was involved in every Barcelona attack. He was maybe even unlucky not to have gotten his first hattrick since against Eibar in February last year, having hit the post not just once but twice.

Messi’s performance against Athletic Bilbao took him to the top of the scoring charts in La Liga with nine goals, right alongside former partner-in-crime Luis Suarez and Celta Vigo’s Iago Aspas. If that was not enough, he showed the world what he was capable of when he scored another brace against Granada, capping off a sensational display.

After a rather slow start to the season, especially by his standards, the Argentine seems to have caught up to his peers; and even overtaken them. Until the 0-3 loss to Juventus in the Champions League, Messi had managed a meagre four goals in La Liga in 12 match days. Post that loss, however, he has managed to rack up seven goals in as many appearances in the Spanish first division, which is much more like the player Blaugranes have known and loved over the years.

What seems to be the difference is wonderkid Pedri, who has been given a much more central role post the Juventus game. Barcelona gaffer Ronald Koeman began the season with a 4-2-3-1, giving Messi and Philippe Coutinho the central roles amongst the four.

Ideally, in the 4-2-3-1, the striker primarily occupies the box in the final third, looking for scoring opportunities for himself. An accurate example of this in the current scenario would be Bayern Munich, with Robert Lewandowski on a scoring spree in the very same structure.

Herein lay the problem for Barcelona. Messi has hardly ever been the kind of player to look to play as a poacher. He likes to be in control, receive passes, and play passes, look to split the opposition himself — which is why he welcomes the ball often in deeper areas, unlike a proper 9.

Whenever Messi did get a clear chance, it was most likely due to his own sheer brilliance, with little to no creativity in the Barcelona side besides him. Players like Coutinho occupying those areas and putting in average creative performances caused further harm. There is only so much even the greatest players can do with just phenomenal dribbling skills.

To unleash himself truly, the great Argentinean needed another creative presence alongside him, and Pedri has truly imposed himself as this presence. The youngster has looked to be in complete sync with Messi, linking up perfectly and nailing those one-twos Messi really loves. This has opened up new avenues for Barcelona’s number 10, as it unlocks spaces and half-spaces he would ideally love to operate in.

Pedri’s mature creative performances have also meant that the burden of innovation is not completely on Messi, and therefore he can have more freedom. The numbers reflect this change as well. Before the loss to Juventus, Messi had a non-penalty xG of 4.5 in 12 games, and since it, he has an NPxG of 4.58 in just seven games.

It is quite clear that the six-time Ballon d’Or winner had sorely missed a partner in crime since Suarez’s move to Atletico de Madrid – someone who he can link up with, someone who understood him and his movements. Pedri’s performances and gameplay have so far reflected those of a certain Andres Iniesta – a player Messi probably misses since the Spaniard’s move to Vissel Kobe in Japan.

Messi’s slow start to the season was attributed to many things – a diminished desire to play for Barcelona post the scathing and infamous interview or regression due to age being the most prominent reasons being cited by most fans – but it could simply be a case of the engine being cold and taking time to start up.

Messi’s recent performances have no doubt put a smile on the faces of not just the Barcelona fans but potential new presidents as well – who will try their best to convince him that the best place for the great number 10 is right where he is. Ronald Koeman will be breathing a sigh of relief as well – with Ansu Fati’s long term injury and Messi supposedly out of form, Barcelona seemed to be lacking a scoring touch  – but the recent tactical change seems to be working perfectly in his favour.

Whether Barcelona’s club captain will stay with the Garnet and Blue still remains unclear but one thing has been made pretty clear by his recent performances – Messi is not done just yet. He is 33 years ‘young’, as some would say, and still has a lot to give. His rapid rise in the La Liga scoring charts over December is a testament to his abilities, and when it comes to it, he can still change the course of a game within seconds.

Barcelona still rely on Messi to lead from the front, and he has resumed those duties with aplomb. There is no doubt that Koeman and Messi’s Barcelona teammates must be doing the very best to help him continue on the path he has picked up over the last month if they have any ambitions of a trophy this season. Even in his potential last dance, Messi holds the gravity and capability that could change the fortunes of Barcelona’s currently staggering season – it is up to the others to make the most of it.