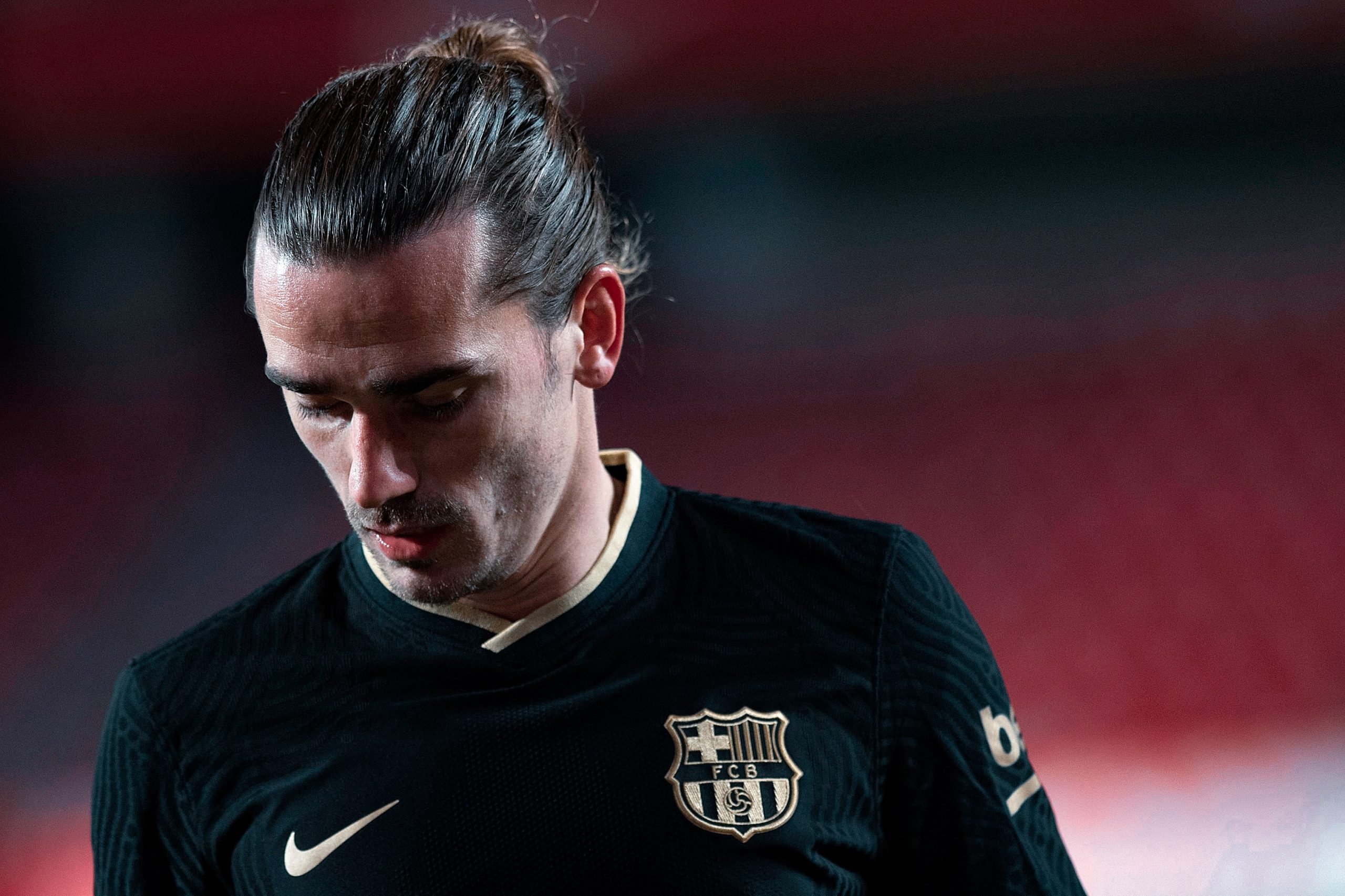 With his rather impressive brace against Granada last weekend, Antoine Griezmann ended his seven-game goal drought for Barcelona. For a player of his incredible quality, going seven games without a goal feels like an eternity.

Of course, it has to be said that the Frenchman has not exactly been a mainstay in Ronald Koeman’s plans as of late but that is also a direct result of his misfortune in front of goal. The word misfortune is certainly debatable here.

We know Griezmann is as lethal as they come. After all, he’s shown as much during his Atlético Madrid days and apart from Lionel Messi and maybe a handful of others, the forward is one of the few who consistently outperformed their expected goals (xG) values year upon year. And that playing for a rather defensive Rojiblancos team under Diego Simeone too.

Needless to say, that’s a feat worthy of praise and one not many would be able to replicate. His Barcelona stint so far, however, could be described as him only being the shadow of his former self. 22 goals and nine assists across 71 games played for the Catalan giants is a decent return for any player not costing €120 million. Still, unfortunately for the French star, that’s how much Barcelona paid for him in the summer of 2019.

To put things into perspective a bit more, that’s around €5.45 million per goal so far or exactly four million euros per goal-contribution (goals + assists). Barcelona are a wealthy club (or they used to be), but even for them, this is luxury beyond reason.

However, this is largely out of context as Griezmann’s underperformance was never due to shaky work rate, lack of discipline or simply commitment. Yes, the famous La Decision is likely to be held against him until the end of days, but that’s all water under the bridge if he proves that his heart is now firmly set on succeeding with the Azulgranas.

His ability to co-exist with Lionel Messi was brought under question numerous times and being forced out of position week in, week out wasn’t exactly doing him any favours either. For that reason, there are aspects in play here that he simply cannot control nor can he do a lot to change them.

Reinventing himself completely at 29 years of age after years of success is surely not the ideal way to go for a player slowly exiting his prime and besides, is it not the club’s responsibility to have a clear plan in mind when going through with such a gigantic investment? In that regard, Griezmann is not to be blamed.

But he is to be blamed for missing chance after chance this season. In 2020/21, he’s already missed seven big chances according to SofaScore and can boast 14% goal conversion, scoring once every 237 minutes. Is this good enough? Hardly so for a player of his reputation.

Unfortunately, as a direct result of his subpar performances and difficulties at his new club, Griezmann’s market value has plummeted from an all-time high of €150m at the end of 2018 to his current €60m. Needless to say, this makes the situation…complicated.

Now, even if Barcelona would be willing to sell him, there is no way they get their investment back, even if we say that Transfermarkt’s evaluations are not 100% accurate. However, there have been signs of improvement in Griezmann’s performances in the last couple of games.

The Frenchman has scored two goals and assisted further two in 180 minutes he spent on the pitch against Granada and Athletic Club, igniting a spark of hope among the fans and the club as a whole. Additionally, he also assisted Barcelona’s solitary goal in the game in the Spanish Super Cup semi-finals against Real Sociedad.

Apart from his individual display being on a higher level, another common denominator in both games was also the change in formation from a 4-2-3-1 system to a 4-3-3, which seems to have helped the player.

But the question still remains: is this enough to change his fortune and make it at the Camp Nou? Is there enough time for Griezmann to become the star he was supposed to be?

Truth be told, a player does not lose all of your ability overnight but certain players have certain predispositions to play at certain clubs. Griezmann at Barcelona can and will work if Koeman finds the right formula. Evidently, this is easier said than done and will require a lot of work.

What is also evident is that when he feels comfortable and is actually a part of a functioning system, Griezmann is as lethal as they come. The Atlético Madrid Griezmann would have buried all seven of those big chances missed with his eyes closed.

When you think about it, this whole situation is an enchanted circle – Griezmann misses big chances, his confidence plummets, the fanbase slates him, and then he misses even more as the cycle repeats itself. The alternative, however, follows the same pattern.

Griezmann bags a couple of goals, his confidence skyrockets, the fanbase goes crazy and then he bags even more. The cycle repeats once more, only this time, the effect is the polar opposite. So again, this is not the question of quality, which we know is certainly there, but of finding the formula for success.

Of course, this is not much of a revelation at all, but at the end of the day, it’s the only viable option for Barcelona. Selling Griezmann now at his lowest point is out of the question – it does not make much sense, neither in a sporting nor a financial sense for the club.

Finding a place for him to thrive within the proper system, however, surely is. After all, the proof is in the pudding, and the last couple of games suggest the Frenchman has a future in Catalonia.

Once he gets going and Koeman – or someone else – finds that sweet spot, there’ll be no stopping him or the Azulgrana. Don’t know about you but we simply can’t wait for that.