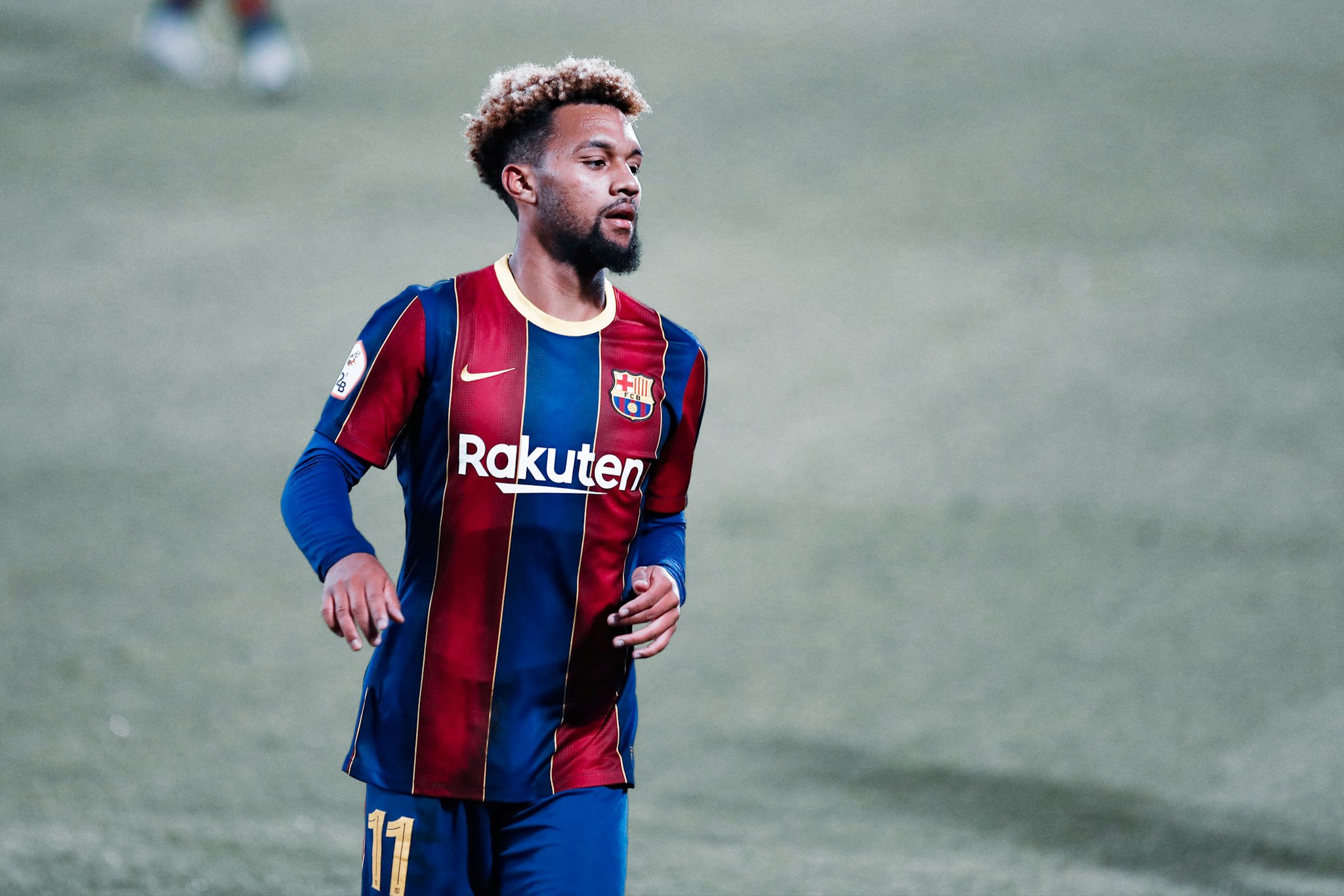 There is little to no doubt about this, but Ansu Fati has inarguably been Barcelona this season, contributing in multiple altitudes, surpassing the sphere of just direct goal contributions. At the age of just 18, Fati has kept his head above the waters of complacency, with an eye on goal – both literally and figuratively. So much so, the Spaniard managed to win the La Liga Player of the Month in September, breaking records and expectations in the process.

However, while at a developing age, there are little to no reasons for him to be burdened with the pressure bestowed upon him by the manager and fans alike. He was overplayed to a dangerous extent, much like Pedri, and as fans feared, it resulted in an injury – a long one at that. Obviously, anyone would have fallen to the tackle by Aissa Mandi, but the intersection of the situation plays against Koeman here.

Notwithstanding that, with Fati out for nearly four months, Barcelona are left with two natural wingers in their squad in the form of Fransisco Trincāo and Ousmane Dembele. Yes, Pedri can be added to the mix as he has very clearly excelled on the left. But, now is the time that Koeman learned from his mistakes. It might be finally time for Barcelona to bring out Konrad de la Fuente on the pitch.

Barcelona snapped up Konrad at the age of 12 after his phenomenal rise to hype with Damm, and his progression with the Catalan giants has been nothing short of meteoric since.

He was destined to take over Barcelona’s left wing, only to miss out by none other than Ansu Fati himself, who took over Konrad’s starting spot in the B team, which meant that the American had to be deployed on the right. With Fati out now, Konrad will be hoping to convince Koeman for a run in the team.

For the most part, Konrad brings a lot of dynamism to the wing, much like most modern day wingers. He is a fast-paced dribbler, who boasts of quick feet and a strong passing and positional sense. Doesn’t that resemble Fati himself, and to some extent Dembele? Well, of course it does, but that is the point.

Koeman has come at Barça with a clear plan of action – how he wants his team to set up, how he wants the wingers to play, and where he wants to use Frenkie de Jong, and Lionel Messi, more specifically. Fati was best home in this setup on the left, playing as a modern winger, cutting onto his right foot before making a decision to shoot or pass.

Koeman has come at Barça with a clear plan of action – how he wants his team to set up, how he wants the wingers to play, and where he wants to use Frenkie de Jong, and Lionel Messi, more specifically. Fati was best home in this setup on the left, playing as a modern winger, cutting onto his right foot before making a decision to shoot or pass.

Either way, in theory, that is something that can be replicated, and Konrad would probably do it best. On technical ability alone, the 19-year-old is more hardworking than Fati and Dembele and likes to carry the ball from deep, running along the touchline after a turnover. Moreover, what he has over other wingers in the team is motivation to make the left-wing his home.

He does not quite possess the intricate finishing in tight spaces which Fati has, but to be fair, without a chance to play among the big boys, he might never get the chance to develop it either.

If push comes to shove, he might as well be tried on the right, where he could combine with compatriot Sergiño Dest. His work ethic without the ball is commendable as well, and he could help out Dest with tracking back. That should be reason alone for him to warrant a chance given Barcelona’s defensive woes.

In fact, watching Konrad in pre-season against Girona, Koeman had high praise for him, singling him out of all youngsters on the pitch. Since that, the Dutch manager has spoken highly about him in pubic again, following his inclusion with the US Men’s National Team. Despite that, he has failed to make a single appearance and was left out of the squad altogether as well on a few occasions.

It is a congested season, and fans should not be surprised if more injuries follow. Real Madrid are already down three right-backs, one centre-back, two midfielders, one striker, and a winger due to injury and sickness.

Koeman should not think twice before allowing Konrad to run riot on the wing; he might hit two birds with one stone with the decision. Place him on the left, with Dembele on the right, and watch the attack create havoc.