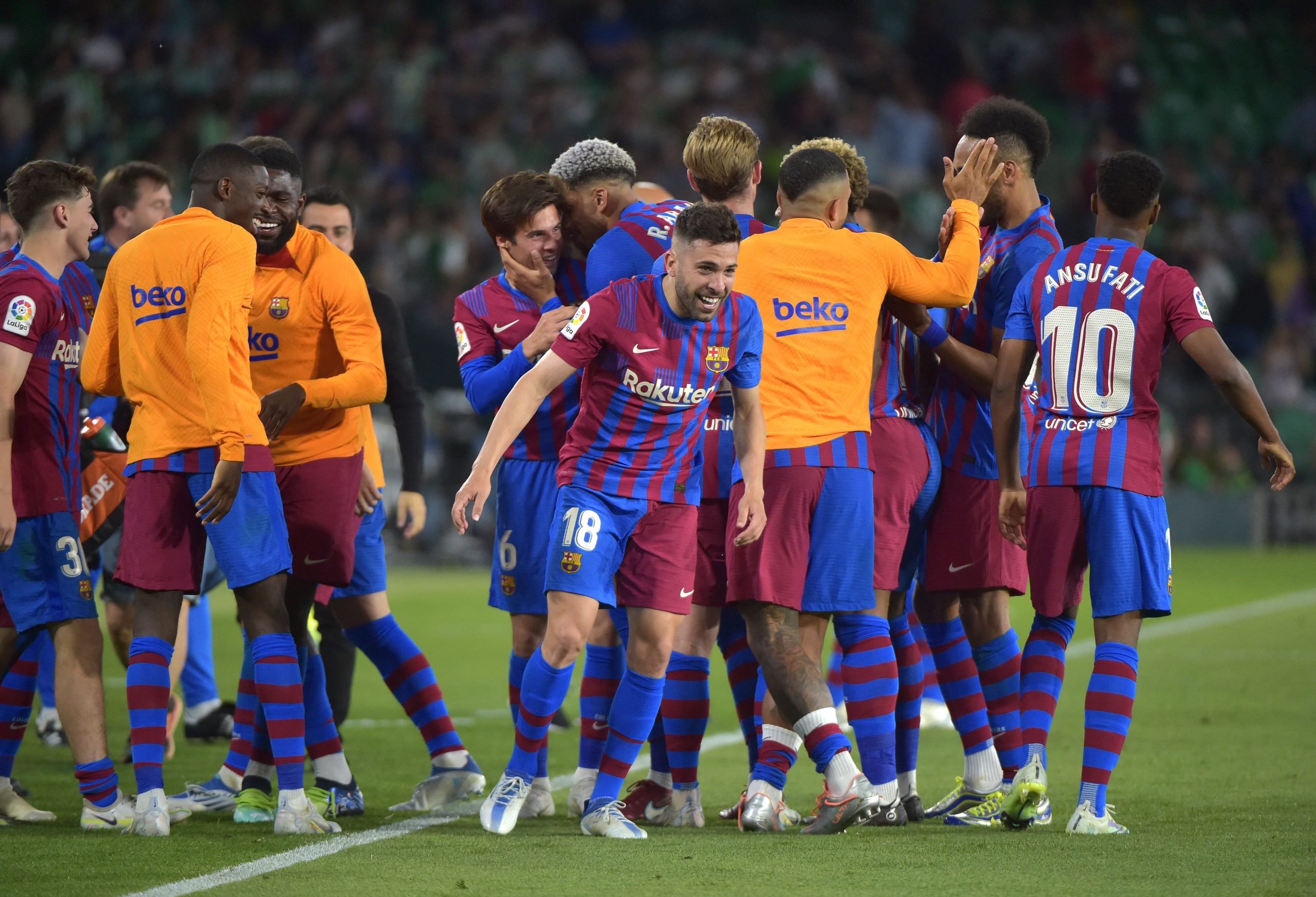 Barcelona paid a visit to the Benito Villamarin to face off against Real Betis. The Catalans did not have much to fight for, as the league title was out of bounds.

However, winning this game would guarantee a top-four finish, which was the objective of Xavi Hernandez, having signed in November.

In light of Barcelona’s victory over the Copa Del Rey winners, join Barça Universal as we explore three lessons we learned from this match.

1. Barça looks all the more unrecognisable.

Xavi Hernandez came to Barcelona with the idea of getting Barcelona to play great football. He is a product of the school of thought that brought up the likes of Pep Guardiola, and understandably his prime objective is to make Barcelona a revered unit both in results and performance.

Since the Clasico, none can say that performances have gone his way. The Spaniard’s tactics make less sense with each passing week, and they border on improvisation rather than planning.

Since the international break, Xavi has shown ineptitude at changing the game with a firm course of action. Upon seeing a deficit on the scoreline, his tactics are woefully predictable.

The collective play does not have any semblance to what Barça should ideally be showing right now. Against Betis, the joint press was woeful, and the distances between the lines were far too large, allowing Los Verdiblancos acres of space to work.

The collective passing was quite hectic as well. Barça could move from having a possible advantage and a clear passing lane to instantly losing the ball to a green and white shirt.

It is as though concentration levels were at their lowest, which ended up being juxtaposed by a poor tactical approach.

With three points secured, Xavi can celebrate a victory, however, he should be well aware that this level of performance is becoming worryingly recurrent.

2. Dembele’s purple patch seems to be over.

Despite being one of Barcelona’s most disliked players over the past few months, Ousmane Dembele made a stunning return to form under Xavi Hernandez.

He went from one assist in November to topping the charts right now, and for a while, he seemed to show no signs of stopping.

Notwithstanding his mesmeric form, Dembele seems to be running low on gas, as his old habits seem to be resurfacing. The Frenchman’s form is quite questionable, as a crude mix of managerial blunders and individual poor decision making is harming him.

Unless, of course, he has the ball at his feet, Dembele is almost entirely, and forgive the profanity, useless. The Frenchman does not make a good enough effort to press for the ball once the team is in a pressing phase, essentially watching the team play as they seek the ball.

Furthermore, the Frenchman has no desire, seemingly, to score. The runs behind the defence are few and far between, giving the team fewer opportunities to score or create scoring chances.

His entire play cycle is becoming painfully repetitive, and that seems like more of a tactical issue than an individual one.

Xavi has clearly ordered him to play wide and cross into the penalty area, but he is, unfortunately, a broken record even with the potential to play the most exquisite tunes.

None of Dembele’s skills in dribbling are sufficiently utilised at the moment, reducing him to a slightly more expensive version of Adama Traore.

At one point, he seemed like Barça’s best player, and unless changes are made soon to him and the tactics, then he won’t be again.

3. What a return from Ansu Fati

With injuries constantly hampering his progress as an individual, Ansu Fati is always one to be relied on to score a goal out of nowhere. The Spaniard has the most efficient scoring rate in the entire league for anyone with two or more goals, and this showed last night.

Ansu came on and immediately made an impact. The 19-year-old scored within a minute of his substitution with his third ball touch. The finish was quite spectacular, rooting the keeper to the spot and slotting the ball into the bottom left corner.

In a team where goals are few and far between, having finishing as proficient as that of the Spaniard is heaven-sent. The course of action right now should not be to force him into playing a multitude of matches out of desperation but rather to get his confidence back for the coming season.

The hope for both the fans and the manager is that his fitness will no longer be such an issue. Ansu can be a great footballer if only he gets the opportunity to flourish by being managed better.