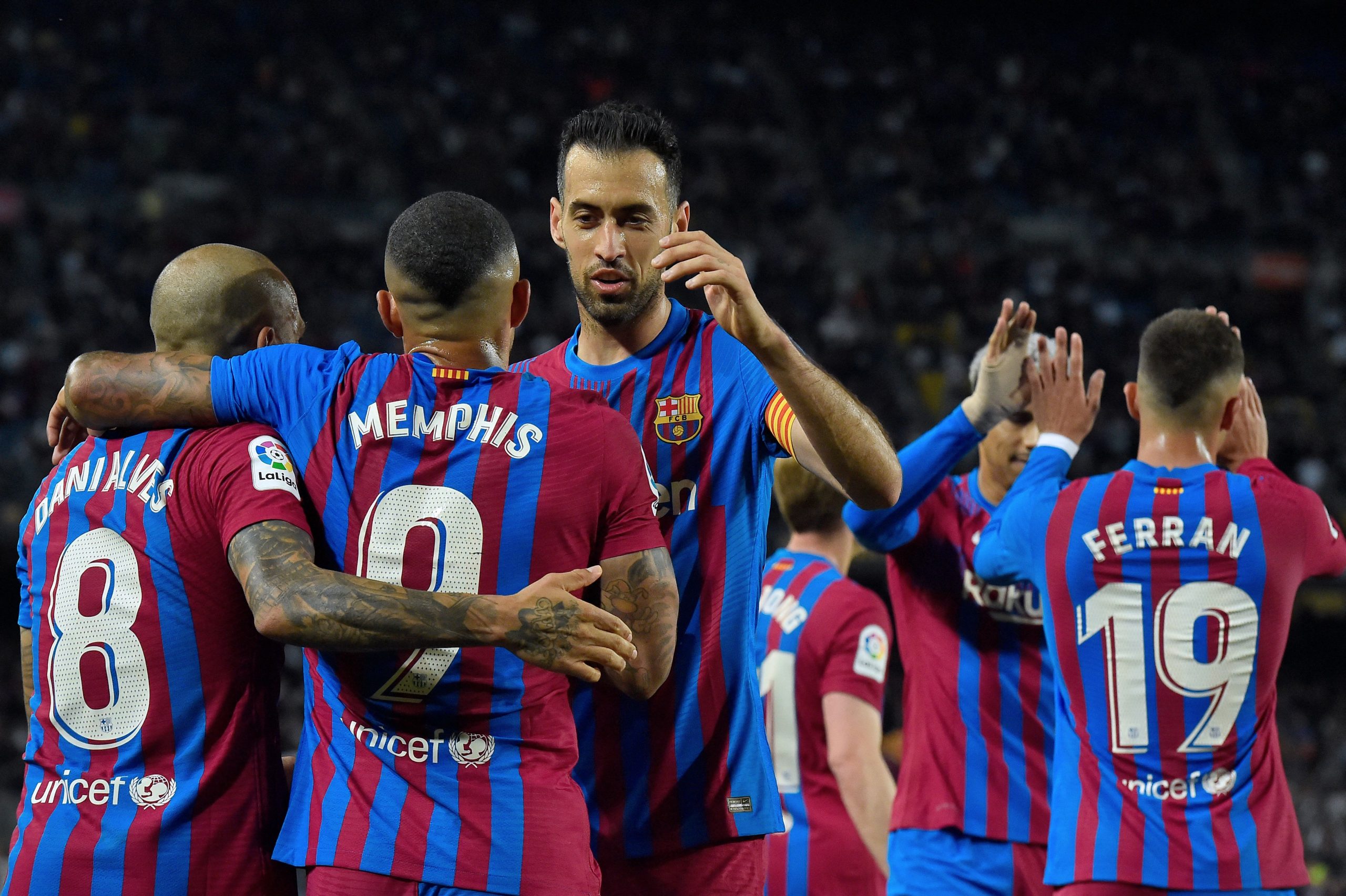 Barcelona won last night against RCD Mallorca by two goals to one in the Camp Nou. The victory ended a barren run of results at home. The performance, however, was far from the best seen from Barça under Xavi Hernandez.

Winning three points is of more importance to the Catalans than performing well at this stage of the season. In light of the victory against Mallorca, join Barça Universal as we explore three lessons learned from yesterday’s match.

Xavi Hernandez set the bar very high when he got Barcelona to consistently play the football synonymous with the club’s footballing heritage. The repeated 4-0 victories that the Catalans conjured up were a source of optimism that things were in the ascendancy.

The team’s football is a work in progress and will need many months to materialise fully. Notwithstanding, the team seems to have stagnated, if not regressed. The football does not have the same vigour, zeal or zest that adorned it a little over a month ago.

With every passing week since the end of the international break, the team’s football has become more and more lethargic. This lack of collective synergy has translated into drops of points in matches where victories were imperative.

There are several explanations as to why this is the case. These span from a radical overuse of players, which invariably leads to chronic fatigue; injuries to crucial players, which discombobulate the collective structure, making it less cohesive.

Perhaps even the lack of leadership figures to give the team a cool head in tense situations.

Whichever of these is the case, it has resulted in a downturn both in results and performance. Yesterday Barcelona won, but against Real Betis and Villarreal, they may not be so lucky.

Pablo Gavi is one of the youngest footballers ever to don the garnet and blue of Barça. He is one of the most passionate footballers in the world, and for better or worse, this translates into a physical manifestation of his emotions.

Against Mallorca last night, Gavi joined the rather undesirable top ten in the ranking in La Liga for fouls committed. With 53 in 30 appearances for the Catalan giants, he is joint ninth with Carlos Casemiro in the league.

When factoring in how many minutes he has played, which according to La Liga is 1998, he averages roughly 2.4 fouls per game. Over the course of a 38 game league campaign with all minutes played, this tally ends up at a staggering 90.

Unsurprisingly he is the first in the league among under 21s on fouls per game. He also leads the charts in that age category for most yellow cards, at eight already this season.

This aspect of his play is in desperate need of cleansing. Gavi possesses a very creative set of feet and seems to have enough physicality to unbalance those ten years his senior. However better control of his body is imperative.

More often than not, Memphis Depay is the subject of intense criticism. The Dutchman has struggled to hit the back of the net with a non-penalty goal, though he ripped apart all criticism of him with his performance last night.

Last night, though, he oozed class. With a quick movement behind the defence, he got himself one on one with the goalkeeper, expertly scoring on the half-volley.

There is a clear shift in personality from Memphis. The Dutchman under Xavi Hernandez has more clarity in thought regarding what to do and when.

Rather than running into the darkness and only then making a decision, he carefully evaluates his options and then executes his tasks.

He added to rather than subtracted from the collective when he dropped deep into the midfield. Memphis did everything to generate attacking opportunities for the team, whether in a run into space or a key-pass to an unmarked teammate.

The most significant element which was lacking in his repertoire was defensive responsibility. Memphis would often lose the ball and be up in arms; to his team’s frustration.

Now it seems that he is cognisant of his defensive roles in the team and presses for the ball rather than wait to receive it.

This upturn in form is bound to create a headache for Xavi Hernandez, but it is better than this time around because he is performing well.