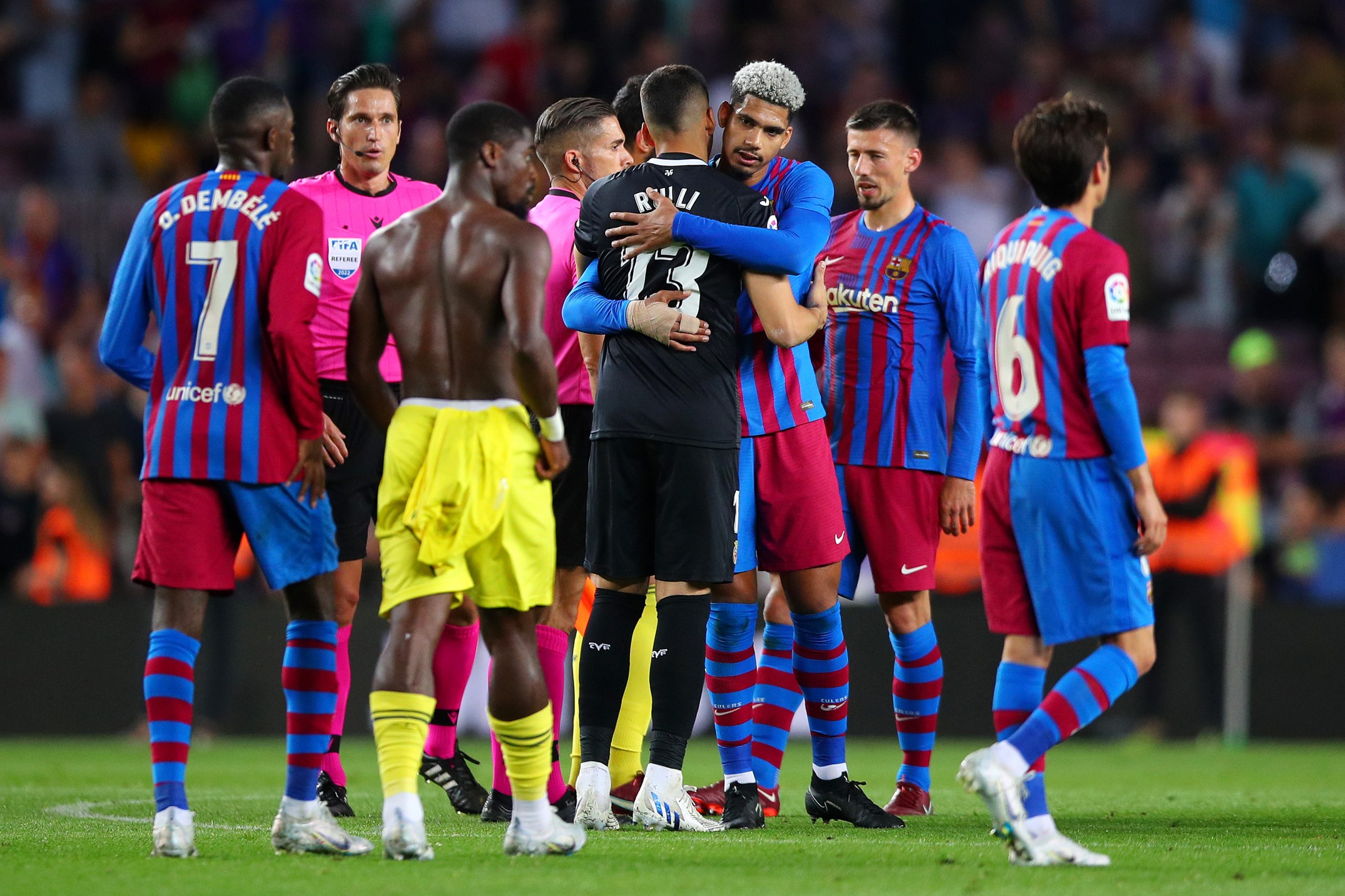 On the final day of the season, Barcelona played host to Villarreal in the Camp Nou. With second place sealed, the Blaugrana had little to fight for, and this manifested in the team’s football.

The Catalans were lethargic, and hardly anyone showed character as Barça lost 0-2 to the yellow submarine.

In the wake of the surprising defeat, join Barça Universal as we explore three lessons we learnt from the encounter.

1. A disparaging end to a woeful season

The 2021/22 season started off in the worst possible way with Lionel Messi’s departure. The Argentine left the Blaugrana in tears, and left the club with a gaping hole that hardly anyone could fill.

At the start of the campaign, following a dominant 4-2 victory over Real Sociedad, one could have been pushed into thinking that all was well, but that was far from the truth. Barça fell into a string of horrible form, culminating in the sacking of Ronald Koeman.

Xavi Hernandez’ appointment gave some much-needed hope to the club, but even he is becoming questionable with every passing week. The Spaniard has experienced a severe downturn in form for the past month and a half, ending in his fourth league defeat on home soil.

The Camp Nou faithful can confide themselves in the fact that the team will recruit a number of players in the summer window to improve on what is in the team in the present day.

His opening months were rather promising, though. On his debut game, this too coming against the mammoth of Atletico Madrid, he grabbed an assist and proved an absolute menace against the Rojiblanco defence.

In the Europa League, against Napoli in the second leg, he annihilated the Italians on their own turf, and some were optimistic that he would even stay another season. How wrong were we to believe that!

Performances began to take a severe downturn, and through no fault of his own. His footballing repertoire is very limited, as he offers only dribbling in a straight line and crossing into the box.

Initially, this worked because La Liga sides were not prepred for such crossing, but once everyone learned his sole skill, they all masterfully shut him down.

Villarreal was his chance to go out with a bang, however, he could only leave the Blaugrana with his head tucked into his hands. It is quite heartbreaking to have his very last pass of the ball in a garnet and blue shirt be an assist to an opponent.

He will be heading back to England, hopefully with some lessons learned from his time at Barça.

Since 2018/19, the team has gradually gone farther and farther away from that benchmark. It began with 87 in that season, 85 the season after, 78 last season, and in this campaign, a forgettable 73 points.

This puts this season right down there with some of the worst of Barça in the 21st century.

Ronald Koeman’s mismanagement of the team in the first ten matches of the campaign left the team with relatively little to hope for. Even Xavi Hernandez winning 53 points in 25 games would just barely give the team 90 points.

Getting to this mark is a mark of competitiveness, and true superiority over the rest of the league, because at least four-fifths of all available points were won.

This season Barça could hardly even amass two-thirds of what was on offer. Xavi and co. have plenty to improve on next season.