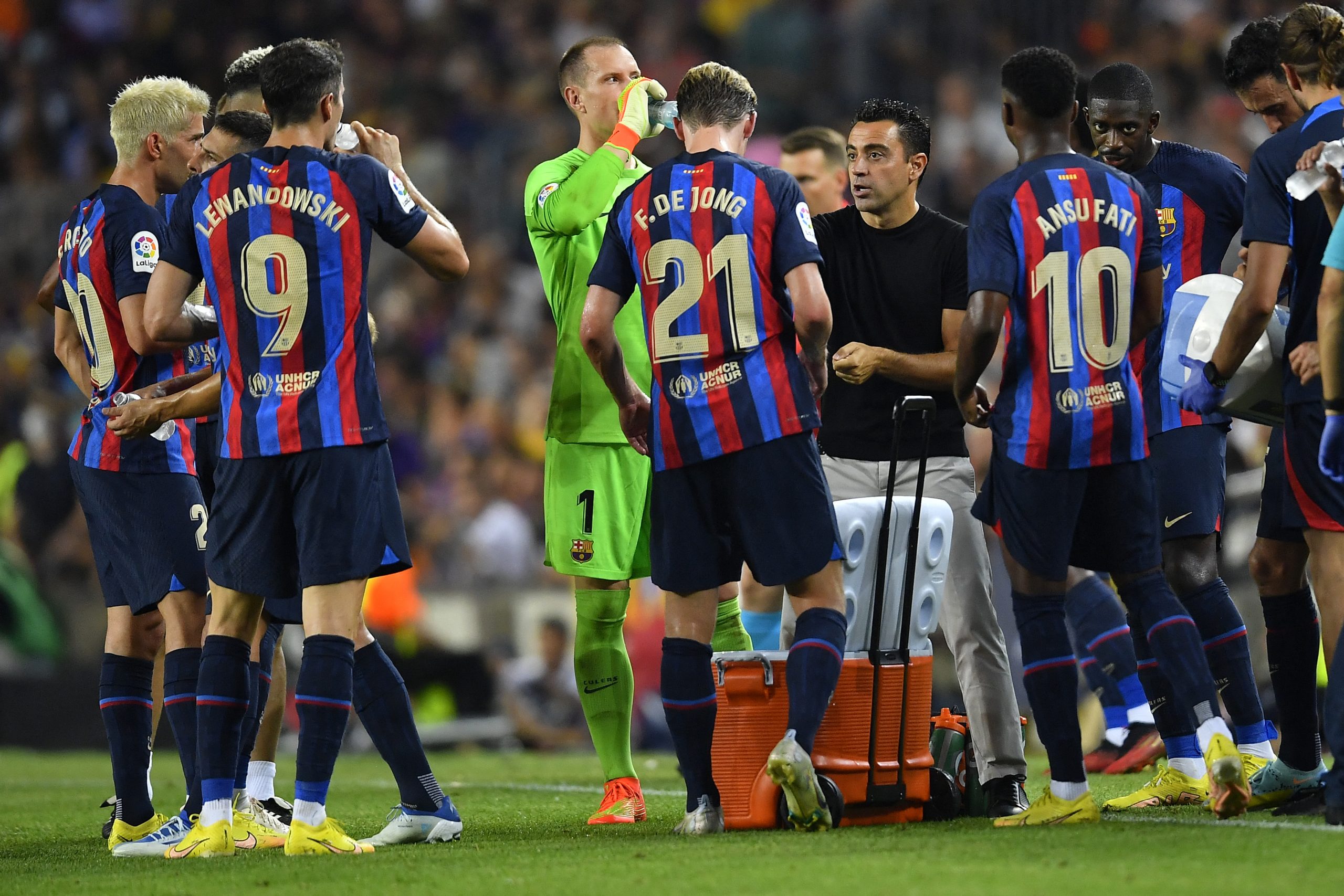 When Barcelona unveiled their long list of new signings for the season, it was the beginning of a vicious cycle of expectation in the minds of Culers. And as they say, expectation is man’s greatest enemy.

A successful preseason featuring a Clasico win further fuelled this fire of expectation. Heading into the opening tie at Spotify Camp Nou, one anticipated nothing short of demolition of the opposition.

Up against Rayo Vallecano on Saturday, however, Barcelona got off the wrong foot. Xavi’s men simply could not find the back of the net.

The Catalans dominated the game and had 21 shots as opposed to Rayo’s meagre four. Ansu Fati, Raphinha, Robert Lewandowski and Sergio Busquets came very close to scoring but were stopped by Iraola’s resilient back line.

Moreover, Marc-Andre ter Stegen had to come up with clutch saves to prevent a bigger disaster on the night.

The season is long, and this is just the start. Yet, there is something faintly uncomforting about the Blaugranas failing to secure three points in the curtain raiser of a defining season. Barca Universal brings you three talking points from Saturday night’s clash.

Very few teams in Europe can boast of having a squad better than FC Barcelona. Joan Laporta and Xavi Hernandez, through the summer transfer window, have assembled a setup where every position has a world-class backup.

The attacking depth, in particular, has been the talk of the town, and all eyes were on Xavi to see whom he named in his first lineup of the season.

Robert Lewandowski got the nod ahead of Pierre-Emerick Aubameyang against Rayo Vallecano. The Pole was flanked to his left and right by Ousmane Dembele and Raphinha, respectively, though both wingers frequently interchanged positions.

In midfield, Barcelona’s young duo of Pedri and Gavi was given a start alongside the captain Sergio Busquets. Interestingly, there was no place for newly signed Frank Kessie.

Given Jules Kounde’s pending registration, Xavi opted to deploy Andreas Christensen and Eric Garcia at centre-back. The most shocking move made by the manager was to leave out Sergino Dest from the squad and play Ronald Araujo as a right-back.

As one would see later in the game, the decision would limit Barcelona’s best defender from playing his natural game.

There will be minor tweaks in the first-choice lineup as the season progresses, but one can expect the basic framework of the team to remain the same.

The last time Dimitrievski faced Barcelona, he pulled off a performance for the ages. In 90 minutes, he made four saves to deny the Blaugranas a goal, including two from inside the box.

Just when it seemed that the North Macedonian could not upgrade his game anymore, he left the world stunned again. Barcelona created chance after chance across the 90 minutes, but it was the 28-year-old who kept the hosts at bay and his team in the competition.

Dimitrievski made a whopping five saves at Spotify Camp Nou last night, including four from inside the box. His saves against Ansu Fati’s shot in the 65th minute and Sergio Busquets’ bullet shot four minutes later, in particular, were decisive.

The shot-stopper now has three back-to-back clean sheets against the Catalans and is becoming a nemesis for the club.

3. Where are the goals

When the referee blew the final whistle, Lewandowski, Aubameyang, Dembele and Ansu Fati were all on the field. Moreover, Raphinha had put an hour-long shift that cannot be overlooked.

The presence of such potent attacking options in the final third would warrant the demolition of a team like Rayo Vallecano but what happened was quite the contrary.

For all the hype around Barcelona’s attacking options, they failed the find the back of the net.

The hosts had a staggering 21 shots on goal, including six on target. They dominated the game with close to 70% possession and had eight corner kicks. Yet, Rayo’s disciplined defence kept them at bay.

After the game, Andoni Iraola revealed that they had a special plan to neutralise Lewandowski’s threat. With the Pole almost cut off from the rest of his team, Barcelona were forced to build purely from the wings.

The pressure is now on Xavi to work out a solution. Will he change his forward line to include Ansu Fati’s dynamic runs? Or will he change the formation to a three-at-the-back setup? Only time will tell.