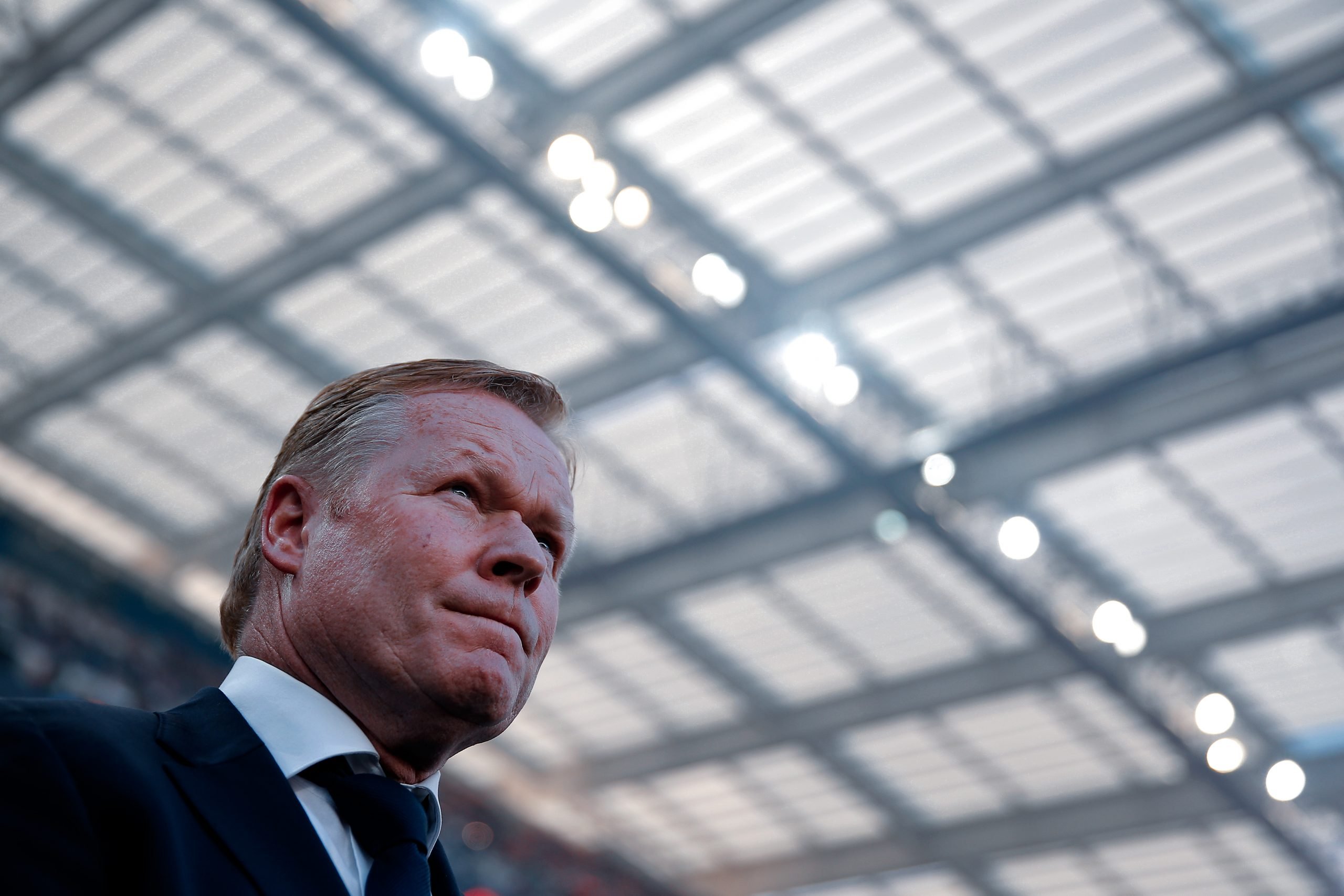 Barcelona’s start to the 2020/21 season has been one of ups and downs, the latter more than the former. However, it’s still far too early to draw any kind of serious conclusion on Ronald Koeman and his tenure in Catalonia.

Of course, this campaign was always going to be difficult, what with all the big departures, some summer drama, and the highly volatile situation in the upper hierarchy of the club. For that reason, a shaky start was to be expected.

But even though we have to admit the sample is still quite small, the journey so far has answered at least some of the questions that were asked prior to the beginning of 2020/21.

So, here are three things we have learned from Koeman’s Barcelona so far.

Set in his ways

The Dutchman, like everyone before him, has made some promises that revolve around the Barcelona DNA and a certain way of playing. And while the jury is still out on that one, one thing is for sure – if he accomplishes that task, he will do it on his own terms and in his own ways.

Barcelona have traditionally always played in a 4-3-3 formation but the new gaffer decided to implement the 4-2-3-1 system as he believes that will bring the best out of his squad. So far, the results have been mixed, to say the least.

However, this is a double-edged sword if there was ever one. On one hand, it’s good that he’s experimenting and trying to find a solution. The 4-2-3-1 structure offers a well-balanced system both in attack and defence but it’s not without its drawbacks.

Sometimes, you have to be flexible enough to adapt to the opposition, change up your approach, and find a solution that may involve a different route. However, at least for the time being, Koeman has failed to demonstrate he has such flexibility.

Not all players are suited for all systems. That much he made abundantly clear when he discarded Riqui Puig from the squad time and time again. But has the 4-2-3-1 become the be-all, end-all system for Barcelona?

And if so, should it really be that way?

At the Camp Nou, there’s always been talk of La Masia and how it forms the very foundation of the club. But, as we now know, the academy has been somewhat neglected as of late with many pointing out the decrease in quality as the main culprit.

However, in reality, there was always that trust missing that should come from the coach. Until now, as it seems. Koeman wants to trust the youth and let them flourish or so he said at the beginning of his tenure. And so far, it has to be said, he has both talked the talk and walked the walk – for the most part.

The roles Ansu Fati, Pedri, and even Francisco Trincão have been given in the ongoing campaign have been surprisingly big. Of course, for Fati, that was never in doubt but for the other two, it proved that age is just a number.

Not to mention that Koeman was the one to start the whole squad rejuvenation by getting rid of some of the veteran players who simply weren’t a part of his long-term plan.

Let’s see if he can keep it going.

The final thing we have to discuss is the intensity with which Barcelona play and train. After all, this is what has been missing for years now, arguably since Luis Enrique’s best days in Catalonia. The team has become slow, old, and missing that spark.

However, Koeman is the first one who won’t tolerate sloppiness and laziness. Since his arrival, Barcelona have upped the tempo of their training sessions immensely and it’s been showing on the pitch in games as well.

They can run and press more, putting that much more effort into everything they do. Of course, the trick is not to run more than the opposition but rather to run more efficiently. So this on its own won’t make or break their season.

But it’s a start and it’s still an improvement on previous years. And just the fact Koeman is slowly but surely turning Barcelona’s stale mentality back into a winning one is a testament to his power, something the players themselves have acknowledged already.

He is a good coach but also seems to be the authority figure this group of players needs. Hopefully, it can also translate into a successful campaign.