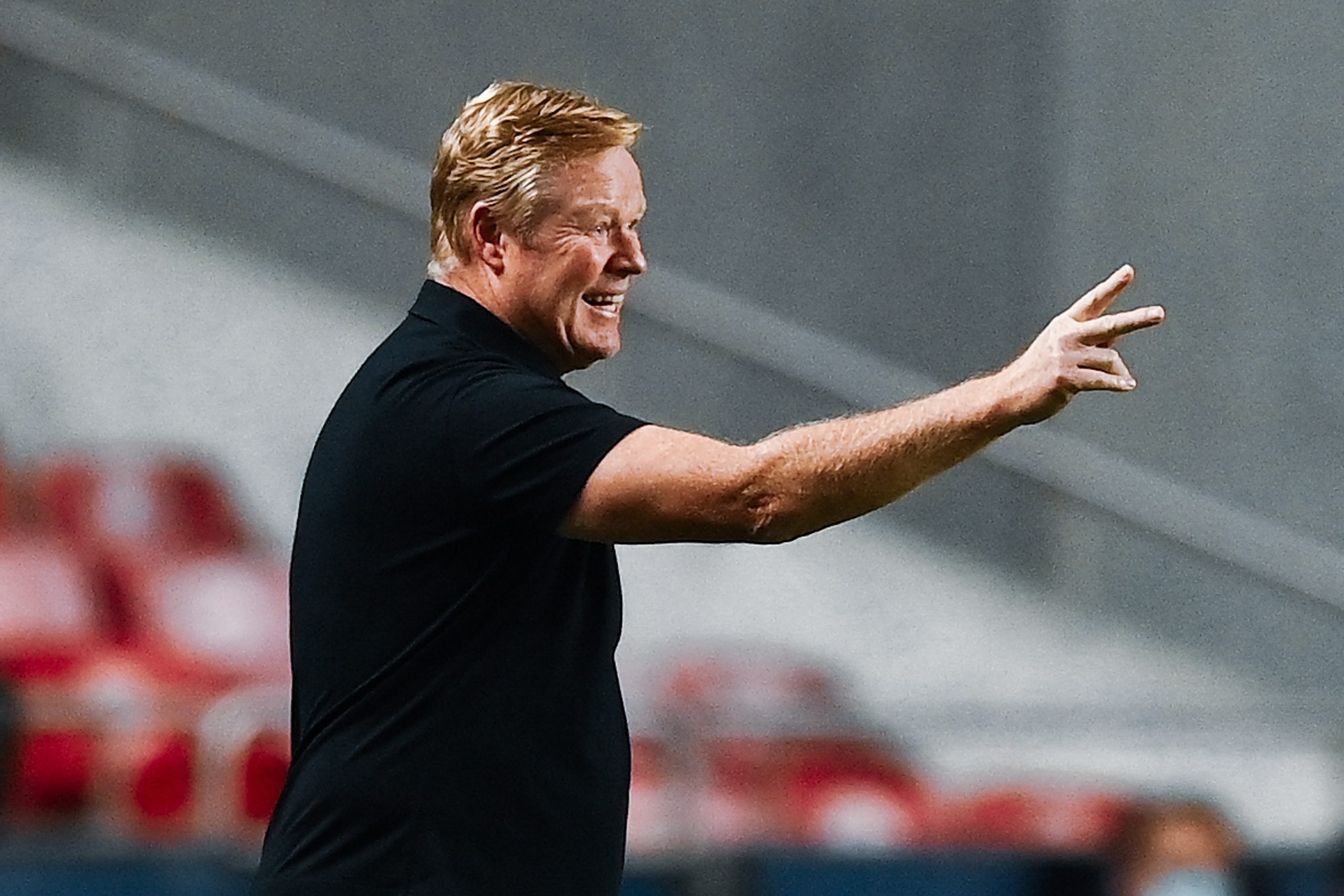 The past few weeks have been wild at Barcelona. Debates on the managerial position intensified with every passing game, as the pressure mounted on Ronald Koeman’s shoulders. The Dutchman seemed to be collapsing under the weight of expectation around his team.

His frustration soon began showing up at press conferences. Refusing to take questions, impulsive answers and excuses crept slowly into the sessions with the media, and Koeman looked to be digging his own grave.

The performances on the field did not do justice to the names on the sheet. Even without their previous captain Lionel Messi, this Barcelona team boasts of some of world football’s best talents. Yet, they dish out poor performances on a roll.

The defeat against Benfica in the UEFA Champions League seemed to be the final piece in Koeman’s sacking. However, after two weeks of discussion and deliberation, Joan Laporta has decided to give the manager one more chance to prove his calibre with a completely fit team.

The former defender’s commitment and love for the club have never been in question. However, the Dutchman has a lot to prove, particularly that he can oversee the ever-so-important rebuild at Barcelona.

Many flaws of the manager have come to the fore in the past games. To save his job, Koeman will have to work ways around some of his limitations. Here are three things Koeman needs to work on and improve during the international break.

1. Stability and solidity of approach

Just as the mind wanders at the drop of a hat, Ronald Koeman has tended to be very unstable concerning his approach to games. Every time a system seems to get close to take-off, he has rerouted the team to a new runway.

The problem with the Dutchman early in his tenure at Catalonia was his tendency to persist with a formation that did not work for too long. Now, on the other hand, he is changing the approach too often.

The best instance to demonstrate this point is Barcelona’s most recent win over Levante. At Camp Nou, Barcelona’s 4-3-1-2 formation worked like a charm. The Catalans dominated the proceedings and created chance after chance. The 3-0 result was kind on the visitors, for clinical finishing could have projected a very different scoreline.

Yet, with all pieces in place, Koeman decided to mix things up just three days later. The team travelled to Portugal after the dominating win and were thrown under the bus by the Dutchman’s sudden decision to play a three-at-the-back system.

Moreover, it is reported that the players did not know of the change in formation until three hours before kickoff. Despite such a big tactical change being made for the game, the training sessions continued keeping the previous formation in mind.

Just like a young robust and energetic young man needs to settle down to ultimately get on with life, Ronald Koeman must consider settling down. The team needs stability at its core, more so with so many youngsters in the side.

A firm system will keep the teenagers’ enthusiasm in order and help Barcelona function more effectively. Moreover, it will let players understand what is expected of them and facilitate development and growth.

2. Understand the strength of media and utilise it

Media is a powerhouse that will manipulate an individual if not manipulated by him directly. Instead of being a slave to the journalists and facing the music of his words, the Dutchman must learn to use the body to his advantage.

Every word spoken by the manager to the press is heard by the players and leaves a deeper impression than one can imagine. However, just as the impression inflicted is often negative, it can be manipulated to be positive by the thoughtful use of words.

Luis Enrique is a master of the press, for he utilises the media to pass strong messages to the team. His infamous words ahead of Barcelona’s clash with PSG in the Champions League still ring in one’s ears.

“If an opponent can score four goals against us, we can score six.”

It was a statement that not just passed on energy to the dressing room but showed them the confidence the manager had in the side. The result created history.

On the other hand, walking into a post-match press conference and singling out players, no less those just breaking out in the team, publicly for a defeat serves no purpose. Instead, a good manager would talk to encourage the side.

Once again quoting Lucho helps at this junction. When asked about Pau Torres’ error that led to Italy’s late goal against Spain two days ago, the Spanish coach said it was the entire team’s fault and not any individual in particular. Compare this to Koeman’s decision to publicly blame Nico for the goals conceded against Atletico Madrid. The difference is stark.

The intelligent use of resources available is a requisite in today’s world of football. With the endless list of fixtures, the relentless high-pressure games and relatively inexistent time to recuperate between matches, smart rotation is now more vital than ever.

Barcelona has been over-reliant on certain players in the past few seasons which did not permit adequate rotations. However, with a young team at the fore now, it becomes more vital.

Ronald Koeman has sidelined few players and provided them with little to no minutes in the campaign. At the same time, he has overburdened some youngsters and contributed to their injuries.

Pedri has become an integral part of Barcelona’s setup over the past year. However, at the tender age of 18, he requires more microscopic management than a veteran would. The same goes with the likes of Nico, Gavi, and Ansu Fati who are all yet to hit the 20-year-mark.

While these youngsters have been overburdened, the burning question has been the unfair treatment of Riqui Puig. The youngster had a stellar half-season under Quique Setien. However, he has been completely discarded by Koeman, despite his profile being needed desperately on the field several times.

Barcelona has a long season ahead, and needless to say, a tough one. While players like Gavi and Pedri are no doubt integral, preventing their burnout will be crucial. This can be achieved by balancing out their playing time with other contenders like Puig and Sergi Roberto.

The Dutchman’s discrepancies in squad management do not end there. Yusuf Demir was one of Barcelona’s standout players in the preseason. Moreover, he has made a positive impact whenever called upon.

Yet, his playing time so far does not do that hype any justice. Despite the numerous injuries in the attack, players like Phillipe Coutinho and Luuk de Jong have been preferred over the youngster.

The Catalan club’s youngsters provide a solid core. However, right from Oscar Mingueza, Eric Garcia, and Ronald Araujo in defence to Yusuf Demir and Ansu Fati, the whole side needs pinpoint and immaculate monitoring of playing time to maximise development and minimize any burnout. That will be a key area for the Dutchman to focus on.

As matters stand, the Barcelona manager may not even have three weeks under his belt to prove his worth. However, there are some basic changes in approach that could do a world of good in his managerial career as a whole, not just at Barcelona.

These three revamped ideas could help the Dutchman get the best out of his team. However, whether he can manage to implement it at Barcelona is a question for another day.