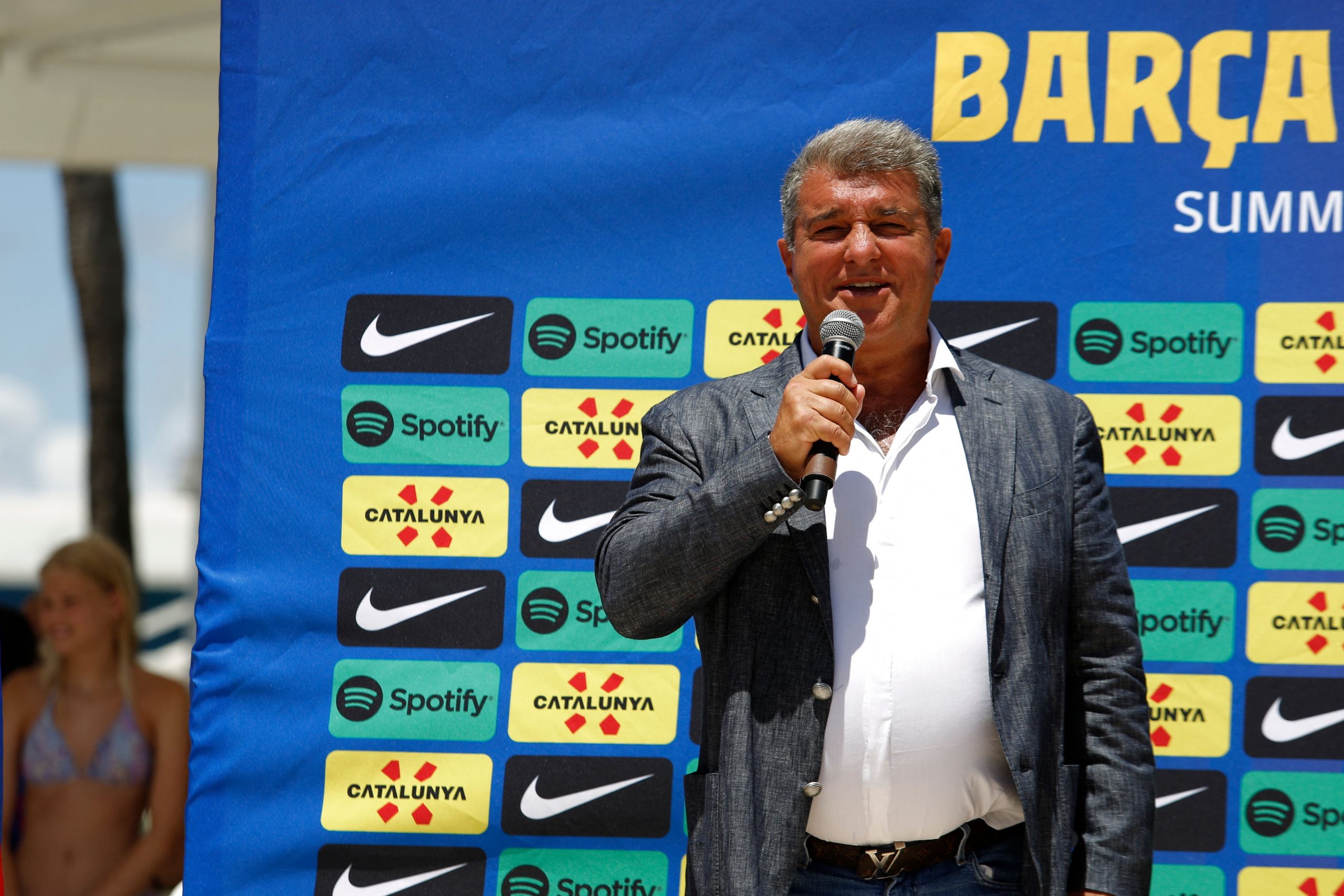 Barcelona’s efforts to comply with La Liga’s economic regulation have gone down the drain as Spanish news publication SPORT has mentioned that the team still hasn’t managed to match the necessary requirements to register the five new signings.

Barcelona president Joan Laporta recently assured that the team has complied with all the regulations imposed by the league and that all the new signings will be registered before the season officially begins.

“We have worked to be able to register all the players,” he was quoted as saying.

“We have worked well to meet the requirements. And if another operation is necessary, we will do it. The documentation has already been submitted and we are waiting,” he added.

Now, the documents were indeed submitted, but the team is still above the wage limit.

This means not only the new signings – Jules Kounde, Robert Lewandowski, Franck Kessie, Andreas Christensen and Raphinha – but even those who signed new contracts (Ousmane Dembele and Sergi Roberto) will not be able to play official matches for the team until the issues is resolved.

For Barcelona to overcome the situation, the aforementioned outlet says they need to activate the fourth financial lever, which is the sale of the other 24.5% of Barça Studios.

Apart from that, they also need to lower the current wage bill while also sanctioning sales of some of the high-earning members, potentially Frenkie de Jong and Memphis Depay.

As reported before, Barcelona have received a promising offer for Memphis Depay from Juventus and while the attacker, himself, is looking forward to the move, the situation with de Jong is extremely complicated as Barça currently owe him a significant amount of money as part of the deferral wages.

The Blaugrana are expected to activate the fourth lever any time next week. Once that is done, they will make another attempt to register the aforementioned players so that they are available for the first La Liga match of the 2022-23 season, which starts on Saturday, August 12 against Rayo Vallecano.