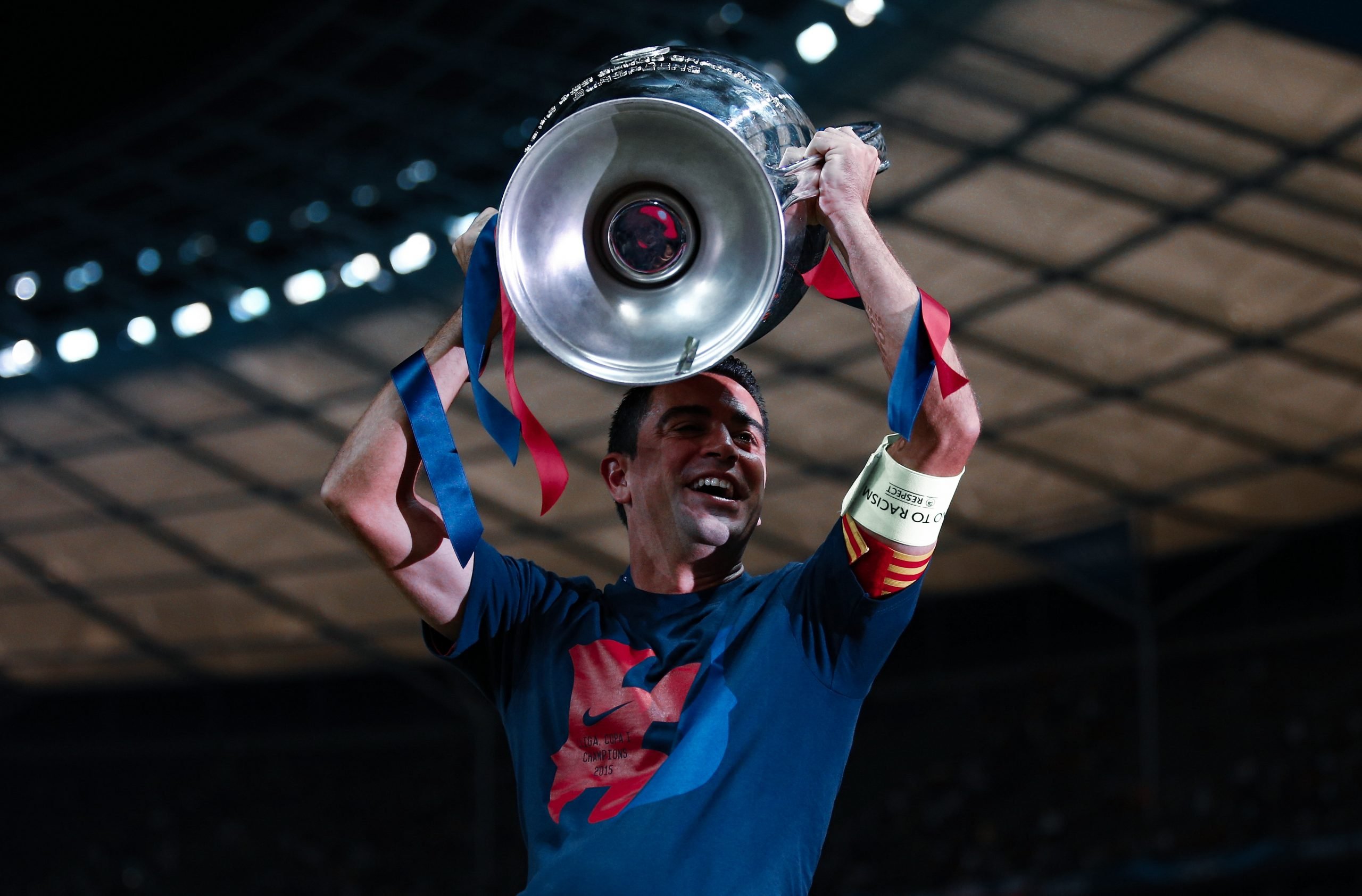 With Ronald Koeman’s tenure as Barcelona manager finally over, the Catalans have another massive task in their hands. They have appointed Sergi Barjuan as interim manager in order to ensure that the club has someone pulling the strings whilst Xavi Hernandez prepares for his arrival.

Two games into his undoubtedly short tenure, Barcelona drew 1-1 at home against Deportivo Alaves and won 1-0 away against Dynamo Kyiv in the Champions League. Reports now claim that the clash against Celta Vigo just before the international break will be the last one with Barjuan on the touchline as Xavi is expected to take over post-break.

Given the fact that the Barça legend will have neither a preseason nor a clean slate to start the campaign, the club will need to make his integration as swift as can be. In this article, join Barça Universal as we explore three things the Catalan giants could do to smoothen his transition as Barcelona manager.

1. Maximize on all available games

As a result of Ronald Koeman’s horrible first few months as Barcelona manager this season, the team finds itself in quite a tight spot. Barcelona sit 9th on the league table, a staggering nine points behind leaders Real Sociedad this early into the campaign.

In their previous five matches, the Catalans have incurred three defeats, the most drastic of which came against Rayo Vallecano, which confirmed the Dutchman’s sacking.

Given all the points that have been dropped thus far, two more of which came against Deportivo Alaves this past weekend, Xavi Hernandez has quite the task ahead of him. What Barcelona have to do before he comes is to maximize on whatever they can both in the league and UEFA Champions League.

Rumour has it that Xavi will be appointed after the international break, which begins this weekend. Barça have already shoved the first of their two consecutive away games aside before the break with a win in Ukraine, but the focus will be on Celta Vigo next.

One game means that there are three points on offer. Should these points be lost, Barça could easily find themselves a staggering 12 points behind Real Sociedad up top or 11 behind Real Madrid. Such a situation will make a quest for the top four comparatively more complicated than it ideally should be.

While Barcelona have won their UCL encounter, they are no closer to safety, with Benfica lurking two points behind. The problem here lies in the fact that Barcelona are up against both Benfica and the ruthless Bayern Munich in quick succession.

A tie on the final day between Barcelona and Bayern Munich has the odds firmly in the Bavarians’ favour, while a game between Benfica and Kyiv is tilted towards the Portuguese outfit.

Every point, especially with just six left to play for in Europe’s premier club competition, counts. Now that three of those have been secured against Kyiv, Xavi could be more at ease against Bayern and Benfica.

During Ronald Koeman’s era, a number of individuals never truly got a proper chance to play for the team. He may have had his reasons, but at the end of the day many of them lost form because of how little playing time they got. Some players that come to mind are Riqui Puig and Yusuf Demir, who were never in his plans.

With Sergi Barjuan in the office, his role isn’t one dependent on bringing out the best in every player. His stint with the first team will last just a number of weeks or, even just one week anyway, and expecting a dramatic shift in the players is out of the question.

What is within his power is increasing their level of match fitness. Riqui for instance was visibly rusty in the joints against Alaves. He, much like Demir, and Clement Lenglet, can be slowly phased into the team. Naturally, this is in the aim that they will have full match fitness and be perfectly ready to start when Xavi comes into the team, should he need them.

The injury handicap Barjuan currently faces makes it such that he has to, by default, make such changes. While it has been forced on his hand, it will be for the betterment of the team and their next manager that they are match ready as soon as humanly possible. Every disadvantage truly does have its advantage.

3. Capitalizing on the winter transfer window

It has to be said that regardless of how poorly he performed, Ronald Koeman did not have the best of squads available to him. The Dutchman suffered due to constant injuries at a number of points during the campaign, many of which hampered his ability to perform at maximum level.

The squad has three major weaknesses that desperately need to be strengthened this coming winter. These are the wing, the centre-forward, and the central midfield.

Raheem Sterling has been a person of interest to the Catalan club for quite some time. Xavi Hernandez admittedly is a man who likes to have width in his teams. It is one of the core elements of his style of play.

The Englishman is a proven asset in Pep Guardiola’s side, as well as the national team. His inclusion could bolster a rather fragile attack, one which depends on a currently injured Ousmane Dembele and a misfit in Philippe Coutinho.

In the striking role, Barcelona could seek the services of Fabio Silva. The 19-year-old Wolverhampton Wanderers striker has had a tough start to the second season with his side, especially given the return of Raul Jimenez and the purchase of Hee-Chan Hwang.

Barcelona could acquire him for the time being via a loan deal. It would be excellent developmental change for the player, and Barcelona would also get a chance to bolster their frail forward line, even if for just some months.

Down to the central midfield, this season has shown that the Catalan giants lack strength in depth. Injuries to Pedri Gonzalez and Frenkie de Jong have reduced the team’s options to just four players, two of which are not part of the senior team.

Manchester United reject Donny van de Beek would stylistically be a perfect fit for Barcelona. His time at Ajax honed his technical ability to the point he could easily slot into this club. Having the added option would be of high utility to the team.

Once these needs are met, it is easy to envisage Xavi having an easier time slotting into the club. In the summer he could perhaps seek further reinforcements, especially defensively. Regardless right now, with the club’s current needs as they stand, having these players, or players of this type, bolsters Barça’s and Xavi’s chances of success.