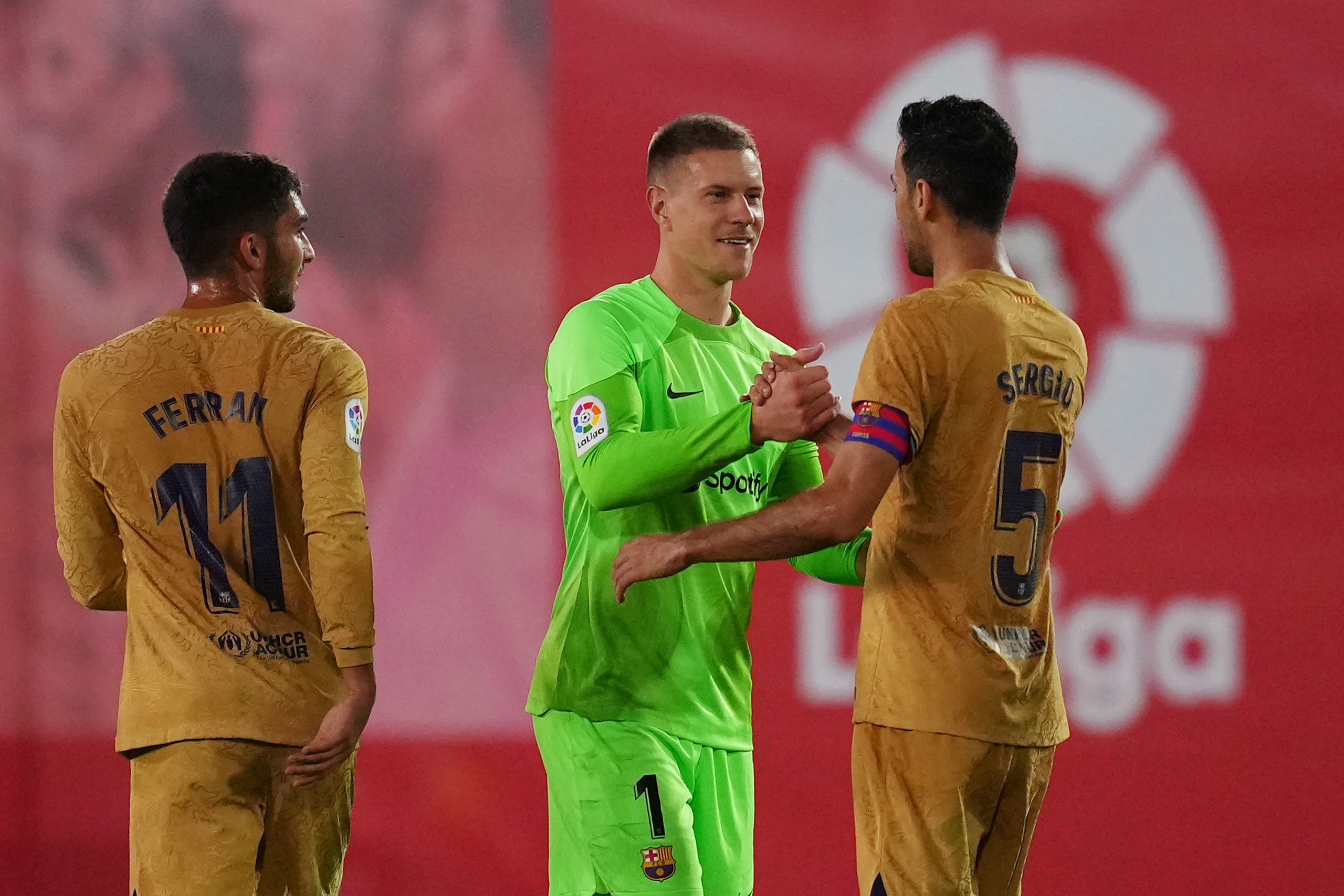 Taking all three points against Mallorca in a hard-fought encounter, Barcelona transiently return to the top of the table in La Liga. The Catalans were quite clearly the better side at Estadi de San Moix, but it would be unfair to say that the hosts did not have their chances.

While the team would have loved to win by a bigger margin, all that counts in the bigger picture are the three points. In a month where they step onto the field eight times, it becomes altho more important for Barcelona to preserve their energy and grind out wins from difficult situations.

Robert Lewandowski’s 20th-minute strike was all that separated the two teams at full-time. Though the visitors had the lion’s share of possession, Aguirre’s side had more shots and big chances on the night. Barça Universal brings you three talking points from the clash on Saturday night.

Having had his two most potent defenders injured during the international break, all eyes were on Xavi to see whom he deploys in central defence against Mallorca. While many expected Eric Garcia to lead the defence, the manager surprised the world by starting Gerard Pique alongside Andreas Christensen.

He also placed Alejandro Balde at right-back owing to the acute shortage of personnel, opening up space for Jordi Alba to start at left-back.

However, the makeshift defensive unit put up a strong and resilient shift at San Moix and not only guided the team to a win but also secured another clean sheet. The second captain recorded five clearances and won eight duels on the night, while his partner made three clearances, one interception, a tackle and won five duels.

Despite being deployed out of position, Balde, too, played a close to flawless game on the right side of the defence. The youngster constantly linked with Dembele in the final third, though his primary focus on the night was the defensive side of his game.

Heading into the midweek clash against Inter Milan, Barcelona could receive no better boost. Questions were raised over their back-line after Kounde and Araujo’s injuries, and the team have responded with a resounding response.

Whatever the game, whatever the occasion and whoever the opponent – the one constant feature in Barcelona’s games this season is Robert Lewandoski’s name on the scoresheet.

In just nine games in the Blaugrana colours, the Pole has scored 12 goals and provided two assists. The goalscoring machine has been Barcelona’s best player by far and was no different against Mallorca on Saturday.

Lewy gave his side the lead in the 20th minute with a piece of magic. After receiving the ball from Ansu Fati, the striker found himself on the left side of the Mallorca box.

Without thinking twice, he dragged the ball in the opposite direction to fake Martin Valjent before pulling the trigger from a difficult angle and beating the goalkeeper with unreal precision.

His killer instinct in front of goal makes him a golden goose for Xavi and it is clear that he will be a key part of the team in the years to come.

3. MAtS turns back the clock

On Saturday night, Marc-Andre ter Stegen broke his own La Liga record for the longest time without conceding a goal. With the clean sheet over Mallorca, he has now gone over 500 minutes without letting the ball through in the league and is clearly in one of the best moments of his career.

The recent years have not been kind to the German shot-stopper. He was heavily criticised for being on a decline and was even linked with an exit from the club in the summer. Now, he has shut his haters and in some style.

Against Aguirre’s side, ter Stegen made three saves, including two from inside the box. His biggest contribution to the result came in the 35th minute when he parried away Jaume Costa’s point-blank effort with his strong reflexes.

The German has maintained seven clean sheets in just nine games for Barcelona this season and has been one of the team’s most reliable and consistent players. Moving into a month where they play Real Madrid, Bayern Munich, and Inter Milan, amongst other strong teams, the manager will need his goalkeeper to be in the best possible state.