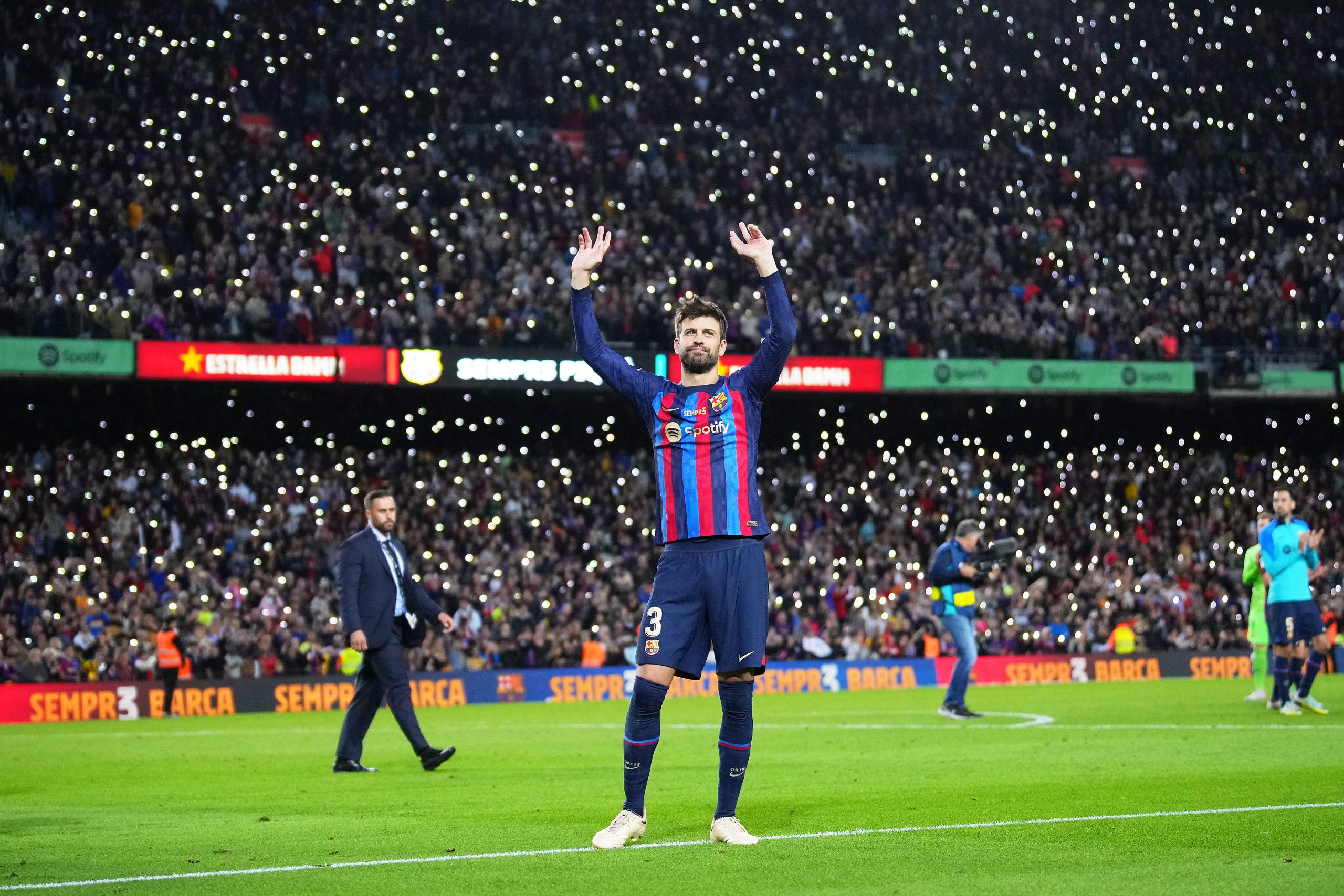 Barcelona flew to a 2-0 win over Almeria on Saturday night at the Camp Nou – a scoreline that is incredibly flattering for the visitors . Xavi’s men who controlled the game from start to finish and should have at least five, if not six goals on the night.

After missing chances in the first half, it was an Ousmane Dembele goal that opened the scoring for the Blaugranas before Frenkie de Jong doubled the lead.

Yet, it was Gerard Pique who stole all the limelight as he produced a calm and powerful performance on his final appearance in Catalonia.

Following the collection of all three points, Barça Universal brings forth three talking points from it.

1. A flying first half

It is impossible to comprehend how the ball did not enter the net in 45 long minutes after the opening whistle last night. There did not seem to be a thing Barcelona did wrong in attack except the final touch, and in the end, they had nothing to show for a fabulous first half.

The statistics say it all. In the first half alone, the Catalans had 16 shots of which a whopping six were on target. They missed three big chances, hit the woodwork once and had 12 shots inside the box.

Further, Xavi’s men had a chance to take the lead on a platter when they won a penalty five minutes into the game. It was only for Lewy’s uninspiring penalty that they stayed goalless at the midgame interval.

While the Blaugrana attacks came from both sides, it was the left flank that exploded into life on the night. Jordi Alba proved that he still has the X-factor in the final third as he combined wonderfully with Ferran Torres to create chance after chance.

With Frenkie de Jong added on the same side of the field, the trio had an astounding 14 key passes and five big chances created among them.

At the end of 90 minutes, there was very little doubt as to who deserved the man-of-the-match accolade. Driving Barcelona’s midfield, Frenkie de Jong stole the show on the night with a composed, yet utterly dominant performance.

He recorded 109 touches in 90 minutes, completing close to 80 passes. He made five key passes and completed 100% of his long balls attempted. Further, he completed three out of three attempted dribbles and had two shots on target.

The cherry on the take was his goal in the second half to double the Azulgranas’ lead at Spotify Camp Nou. The move began with a Jordi Alba cross to Ansu Fati that the youngster struck on goal only for Martinez to pull off a great save. Frenkie de Jong pounced on the rebound and viciously struck it the first time to send it into the top netting.

As the linesman signalled for Andreas Christensen to come onto the field in the 85th minute, millions of hearts across the globe skipped a beat. Even those who promised not to shed a tear found their eyes moistened as the camera panned to Gerard Pique sinking in the atmosphere of Spotify Camp Nou one last time.

The Camp Nou erupted into a standing ovation and chanted the name of the legendary centre-back who had been a loyal servant to the club for over a decade, winning everything there was to win. As Pique walked off one last time, it was difficult to fathom how soon the day had come.

The defender took off his captain’s armband, hugged every teammate on the field and made his way off the field, thanking fans for all the love. His retirement signals the end of an era for the Catalan defence, but as he said, it’s not a goodbye, but a see you later.