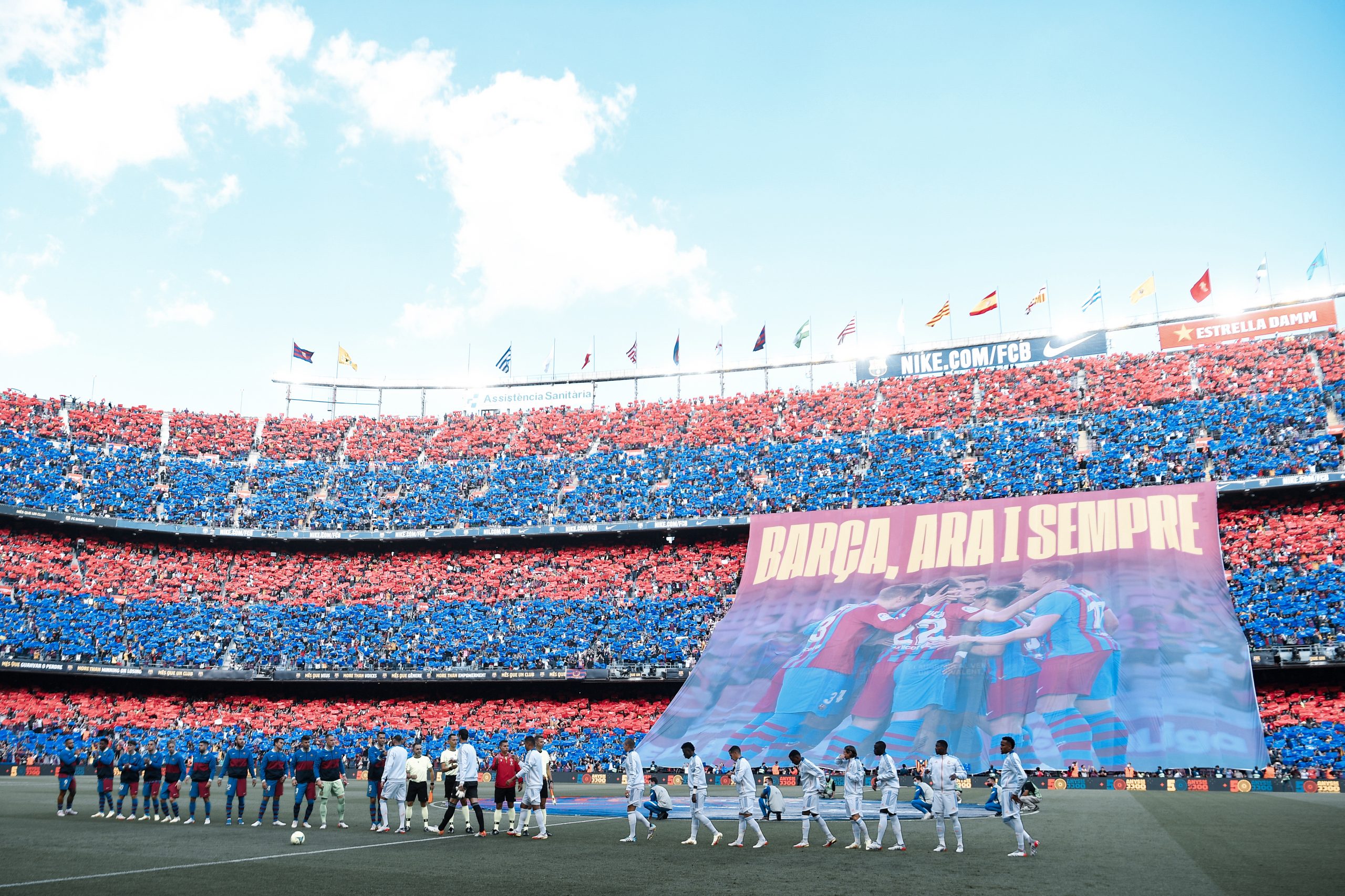 Barcelona had the chance of a lifetime to right the wrongs of last season as they took on Real Madrid in El Clasico. The game itself lived up to expectations, and was quite the match for the neutral, however for Cules, nothing could add more salt in their wounds than yet another defeat to the eternal rival.

In a 1-2 defeat which saw Ronald Koeman lose his third consecutive El Clasico, here are three lessons that Barça Universal derived from the Catalans’ home defeat.

Fourth Clasico defeat in a row

The Clasico is a source of pride for Barcelona fans, regardless of the season. There is always something special that comes out of beating the eternal enemy, be it home or away; or better yet, both home and away. Bragging rights to the biggest game in the world are something both the Catalans and their Madrid counterparts wish to grasp onto, and at this point, only one side has their hands on them

Spanning all the way back from April 2020, Barcelona have not succeeded to score more than a single goal against Real Madrid in the Clasico. In that window, the Catalans have conceded nine goals, scoring just three against the Vikings.

Even at Real Madrid’s worst, they never allowed the situation to deteriorate to this point. During the Valverde era, even a 0-3 loss, such as the one in the Copa Del Rey semi-final in 2019, would come with a performance worth savouring because the team had something substantive to build upon. Barcelona have neither the results nor the performances.

Barcelona and their horrid inability to finish

From a tactical point of view, Barcelona were indubitably inferior to their Madrid counterparts in many phases of the game. Their chance creation was superior, and more importantly, their ability to make value out of the shots that came their way was a step above.

Despite having an almost equal expected goals(xG) tally (1.60-1.64 as per Fotmob), Barcelona amassed 1.08 Post Shot Expected Goals (a metric measuring the probability of shots on target going in), while Madrid had 1.68.

From the more basic statistics, despite the hosts having more shots overall (12-11), they had fewer shots on target (2-5), and fewer big chances created (2-3).

It took Barcelona comparatively more effort to get a shot at goal than Madrid, and if that cannot happen, then how can the club expect to get goals? With Madrid’s first shot of the game, David Alaba, whose strike packed just 0.08xG, went into the back of the net.

It is in details such as this at the end of plays where Barcelona lose the plot entirely. The same happened against Dynamo Kyiv in midweek, where despite amassing 2.33xG, they scored just once. At times, even with the goal gaping wide (take Sergino Dest this afternoon or Ansu Fati against the Ukrainians), the individuals are far too wasteful.

This, however, is far from the most poignant issue the team has.

Tactics too few, victims too many.

As manager of a club as grand as Barcelona, the bare minimum that the manager owes his players is a tactical setup. These tactics determine what the players will do in and out of possession. The goal of a tactical plan by any manager should be to maximise the strengths of the players whilst mitigating their weaknesses. Can this ever truly be said of Ronald Koeman?

The problem with the Dutch manager is that he lacks the necessary ideas to manage a squad such as this. In and of itself, Barcelona is not a bad team, but the collective lacks a steward qualified enough to look after and nurture the talents available.

As a result, a team that ideally should have more of an offensive and balanced presence in matches ends up utterly disjointed at the first sign of adversity.

Players such as Frenkie De Jong, Ansu Fati, Sergio Busquets and Marc-Andre ter Stegen are nowhere near as bad as they are constantly made out to be. The evidence to this comes every time these players play internationally.

Busquets, often ridiculed for the lack of pace he has never boasted, to begin with, becomes his younger self every time he is managed by Luis Enrique, for instance.

More such victims are spread all throughout the team. If De Jong is not involved enough, then that is because the team is not set up in a way that can take advantage of his dexterity. Certainly, there are better methods of playing than utilising a central attacking midfielder and an interior as wingers on either side of a fragmented 4-2-3-1.