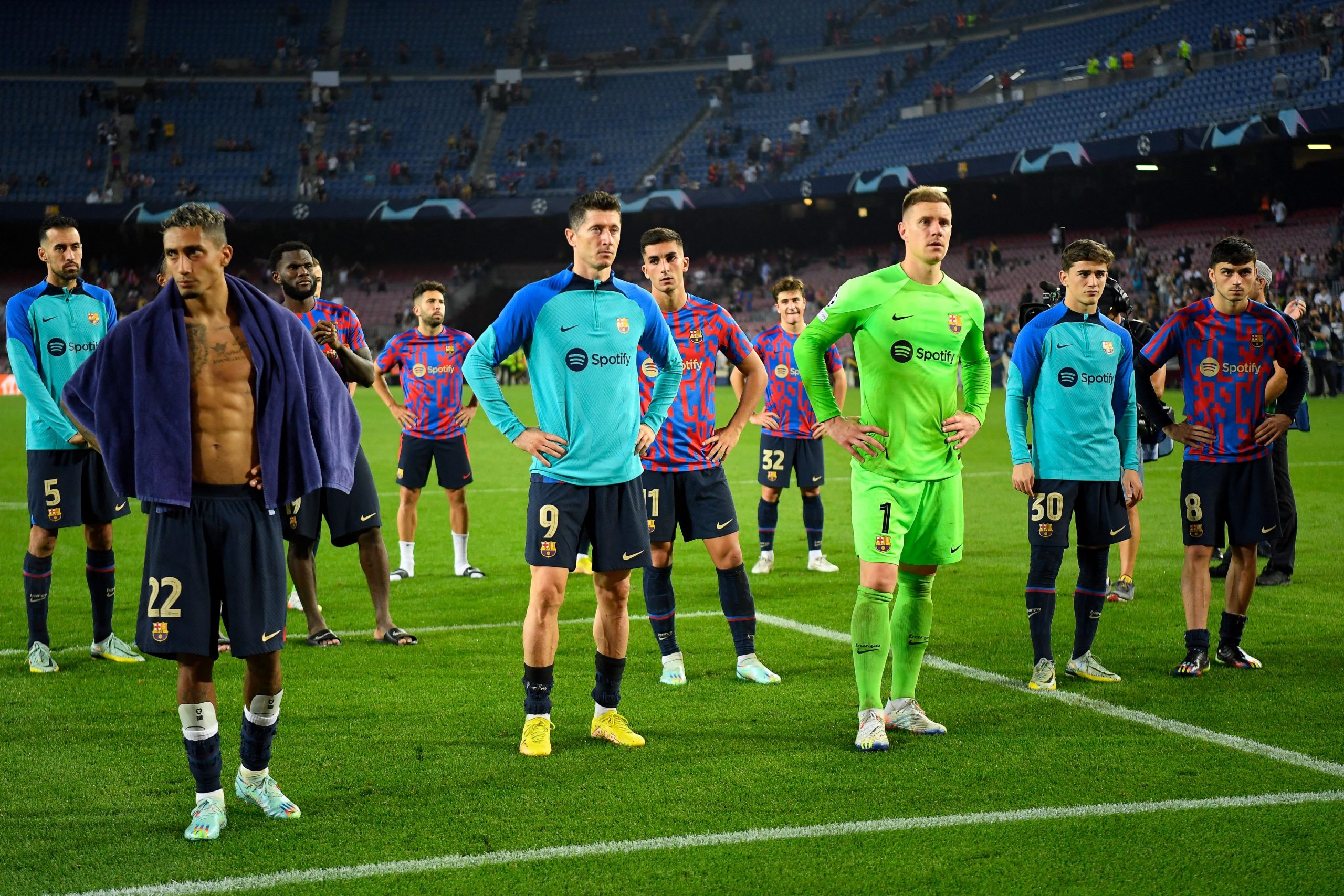 Ahead of Barcelona’s clash against Bayern Munich, fans across the world hoped for a miracle. A miracle that would require Viktoria Plzen to get the better of Inter Milan at San Siro, thus opening the doors for the Catalans to stay alive in the UEFA Champions League if they could conquer the Bavarian challenge.

However, the elusive occurrence was not to be. The Nerazzurri stamped their authority over their opponents in a 4-0 rout in the early fixture before the Germans put three goals past a flaccid Barcelona.

Sadio Mane, Eric Maxim Choupo-Moting and Benjamin Pavard were on target for Julian Nagelsmann’s side at Spotify Camp Nou. From Barcelona’s standpoint, however, nothing went right.

Barça Universal brings you three talking points from the Bavarians steamrolling of Barcelona on Wednesday night.

Less than a week ago, the world was praising Xavi for his ingenious idea of starting four midfielders including a pseudo-winger. The manager’s novel idea stumped Ernesto Valverde’s Athletic Club and helped the Catalans demolish their opponents.

Yet, the Barcelona coach found a way to undo that during the team’s most difficult encounter of the season. Xavi opted to use the same formation against Bayern Munich that he deployed at the weekend. Yet, his starting lineup was so flawed that one just knew a humiliation was incoming.

Against one of the world’s strongest attacks, the Spaniard placed Marcos Alonso in central defence alongside Jules Kounde. Further, he played Hector Bellerin at right-back when the new signing neither had the calibre nor the match fitness to play such a big clash.

Up the field, he chose to deploy a four-man midfield but left out Gavi who has arguably been the team’s second-best midfielder this season behind Pedri. Sergio Busquets started the game despite Xavi knowing that the veteran would be a liability given his lack of pace.

Franck Kessie and Frenkie de Jong completed the midfield unit, but the former was not conspicuous on the field.

On the ball, Barcelona had no clear way of breaking down the Bavarian defence. They passed from side to side, not knowing where to find the key. Meanwhile, the lack of tactics and a clear plan off the ball was embarrassing.

2. An evident lack of motivation

After the game, both Pedri and Marcos Alonso spoke to the press and publicly echoed the same thought. The Spanish Internationals acknowledged that the team were not motivated to produce their best football after seeing Inter Milan overpower Viktoria Plzen just ahead of kickoff.

On a human level, the players’ frustration is understandable. Knowing well that their fate is sealed and that the result against Bayern has no significance, it is difficult to give a game its all. However, in retrospection, that is exactly the regressive mindset that is holding Barcelona back.

The chance to play Bayern Munich and seek revenge does not come every day. Given all that the club have suffered at the Germans’ hands in recent years, there should have been a fire inside the players to avenge their past and script the present.

Yet, there was no sense of urgency even after going a goal down. The Azulgranas not playing well is one thing, but not being bothered by a poor performance is wrong on so many different levels.

3. A woeful night for the defence

Playing for Barcelona is a dream for many players, but not everyone’s cup of tea. Anyone who watches last night’s clash would know exactly why Hector Bellerin does not have the quality to play for a club of Barça’s stature.

The right-back carelessly played Bayern Munich’s forwards onside for their first two goals. Moreover, he could not do anything to stop the runs of the forwards throughout the clash.

Yet, he was not the worst defender on the field. It is unbelievable to learn that Jules Kounde had no interceptions, clearances or tackles in the entire despite the Bavarians lining up attack after attack. His only contribution on the night was a ground duel won.

The others in the backline were no better. Alonso just managed one clearance throughout the game while Alejandro Balde was marginally better with four defensive actions.