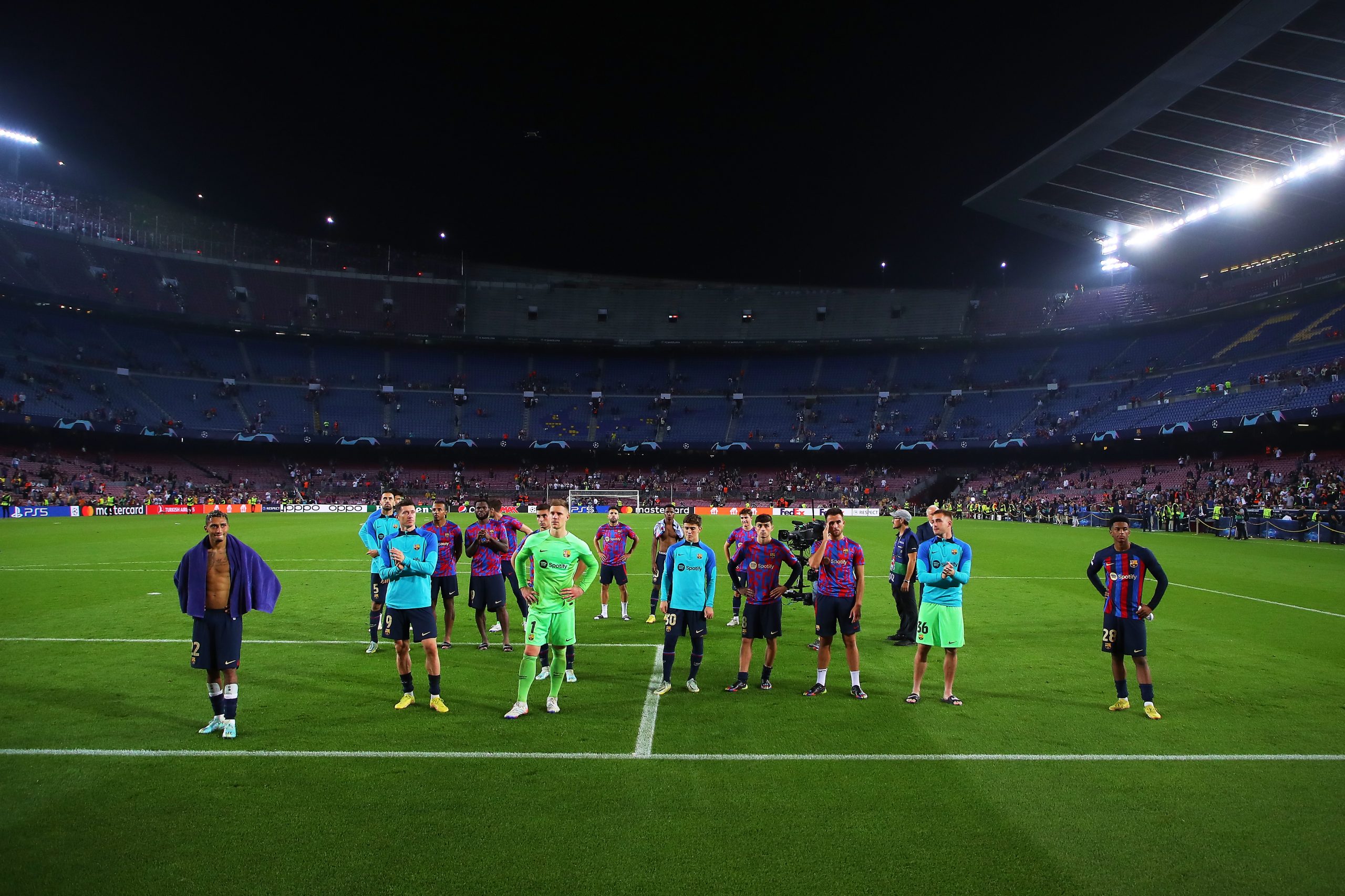 Embarrassment has become the norm for Barcelona in Europe. Even in a year when the board spent hundreds of millions in reinforcing the squad, the Catalans find themselves eliminated in the group stage after a 3-0 loss to Bayern Munich at home. Surely, it cannot get much worse.

Having had barely any time to pick themselves up and treat the bruises, Xavi’s men must travel to the Mestalla to face Valencia on Saturday.

Gennaro Gattuso’s side sit in ninth place on the league standings after 11 games, having won just four encounters. They have come out on top in just two of their last seven games and are on the tilt heading into the clash against Barcelona.

The Blaugrana have won their last three encounters against Valencia and scored ten goals in the process. Needless to say, another high-scoring win would be the perfect way to forget the events of midweek and start afresh.

Barça Universal brings you three talking points ahead of Barcelona’s game at Mestalla.

Barcelona were expected to come out firing on all cylinders in the last game, for it gave them a rare chance to take revenge on a side that has tormented them for years. When Pedri came out after the game and revealed the blunt truth about the dressing room’s lack of motivation, the world was left stunned.

The youngster said that the players felt mentally weak to play against Bayern Munich after Inter Milan’s win over Viktoria Plzen, for the Nerazzuri’s result meant that Barcelona were relegated to the UEFA Europa League.

While their frustration at being knocked out is understandable, the aftermath of putting up a weak display and losing on the biggest stage can be difficult. A resilient display against the Bavarians would have given Xavi’s side some positives to cling onto and anchor their season. However, the third defeat in five UCL games does quite the contrary.

Heading into a crucial set of fixtures before the World Cup, Barcelona’s mental preparedness and fighting spirit is more important than ever before. The onus is now on the manager and the senior players to pull the team out of the puddle.

2. Time for Xavi to pull up his socks

It is no secret that Xavi Hernandez has the support and love of fans across the globe more than any recent manager has enjoyed at the club. After all, he has earned it through merit after devoting his entire professional career in Europe to the club.

For a club legend of his stature to be under pressure reveals a lot about the situation Barcelona are in right now. Any other face on the sidelines would have seen the sack by now and it is clear that Xavi needs to turn around his situation at the earliest.

Xavi’s tactical decisions in recent games have been questionable at times. For starters, his move of starting Hector Bellerin, Franck Kessie and Marcos Alonso against a team like Bayern Munich directly impacted the result on Wednesday night.

More importantly, he has been unable to come up with timely solutions when faced with stronger defensive setups. Clearly, there is a need for the manager to be more open with his approach and put up dynamic lineups.

After leading the team to their second UCL group stage elimination in as many years, the Spanish coach is treading a fine line. The Blaugrana’s’ fate in the remaining competitions could make or break his job at the club and reforms must take place from tonight.

With the bright start that Raphinha made to his Barcelona career, there was little doubt around the Catalans’ best forward trio. Robert Lewandowski and Ousmane Dembele both warranted starting spots, and the Brazilian seemed set to take the third.

However, the situation has changed in recent games. The former Leeds United man has had little to no impact on the field in recent weeks, providing room for Ferran Torres and Ansu Fati to carve their way back in.

The former Manchester City man has been superb in his few minutes this season. He even scored Barcelona’s only goal in El Clasico and it is clear that Torres offers something different in terms of link-up play.

Meanwhile, Ansu Fati provides one aspect that Raphinha doesn’t – a direct goal threat. The team look more purposeful with the youngster on the field and Xavi could look towards him for the game at Mestalla.