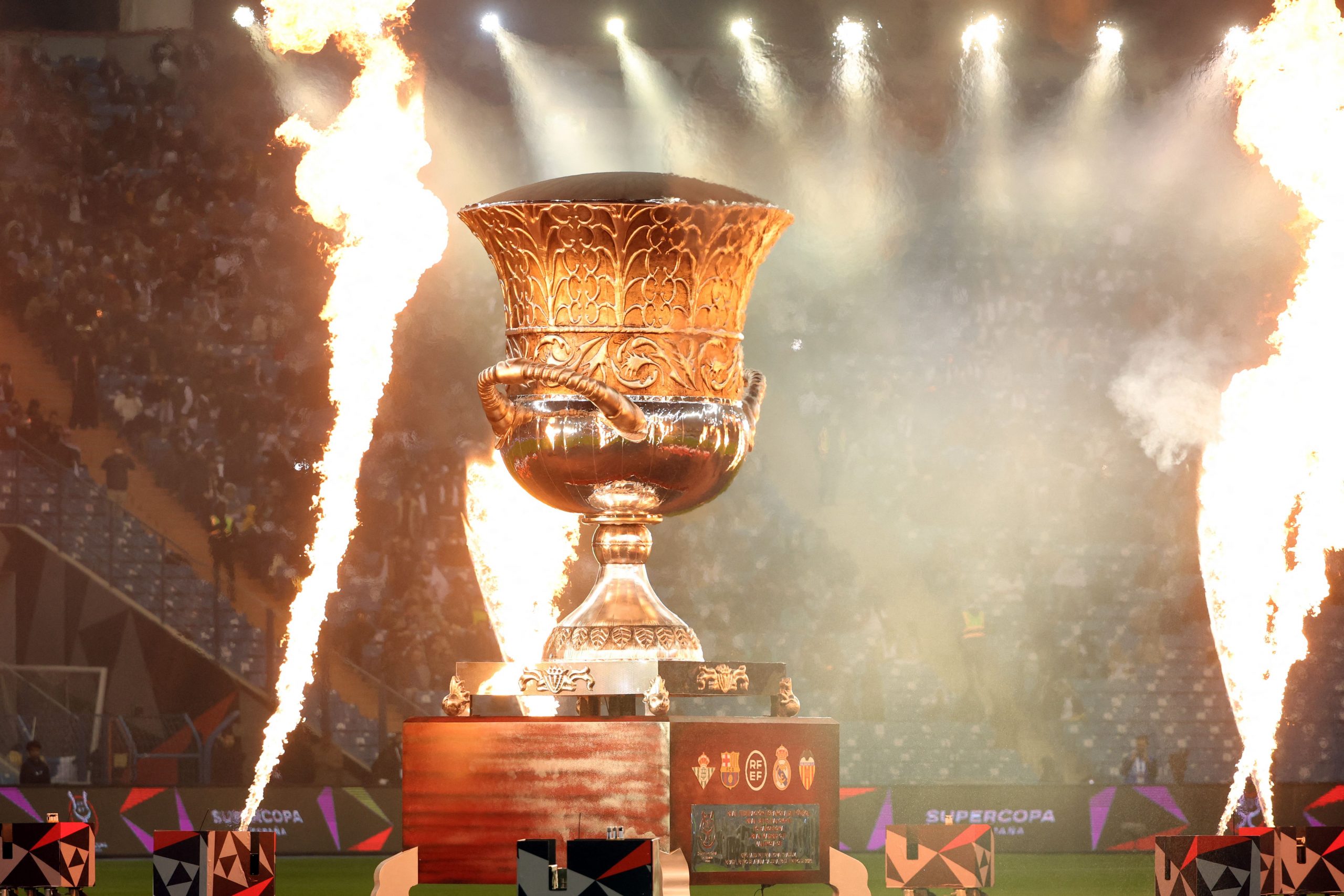 Barcelona take on Real Madrid in the final of the Spanish Super Cup tomorrow. It is the first time since the inception of the competition’s new structure that both giants have reached the final. Needless to say, the whole world will have on the King Fahd Stadium on the night.

Xavi’s men were humbled by the men in white earlier this season by a scoreline of 3-1 when the two sides met at the Santiago Bernabeu. Three months later, the Catalans prepare for the same clash but with a completely fit and injury-free squad.

Real Madrid have been shaky since the return of club football, losing to Villarreal before getting past Valencia on penalties. Xavi’s men may just have the upper hand on Sunday night as he aims to lead his side to their first trophy.

Barça Universal brings you three talking points ahead of the weekend’s Clasico final in Saudi Arabia.

1. The battle on the right

El Clasico, the epitome of football, is a game designed only for the best. Over the years, the prestigious fixture has seen football’s biggest names grace it and the same can be said about the new generation taking over.

Vinicius Jr’s rise to prominence made him a terror on Los Blancos’ left wing. The Catalans found it nearly impossible to control him early on, and the Brazilian became a decisive factor in nearly every Clasico.

Enter Ronald Araujo. Since his debut with the first team in 2019, the Uruguayan grew into one of the world’s best defenders and it soon became clear that he has the skillset to neutralise Vinicius’ threat.

Last March, Xavi gave Araujo his first start at right-back in a Clasico. Not only did he score a goal but also made the young Real Madrid protégé virtually disappear at the Bernabeu.

In the preseason Clasico in Vegas, Xavi once again entrusted the centre-back with the responsibility of controlling the Brazilian on the right and he did so convincingly.

Araujo was unavailable for the two teams’ most recent meeting at the Bernabeu which Barcelona went on to lose. With him back in the squad for tomorrow’s clash, a lot of the result will boil down to who wins the battle on the Blaugranas’ right flank.

Notably, Vinicius has been in poor form since his return to club football whereas Araujo has done superbly for Barcelona since his return in the last two games. If the recent form is anything to go by, Xavi can claim to have the upper hand.

Robert Lewandowski looked uncharacteristically poor against Real Betis in the semi-finals of the Supercopa de Espana. His rustiness was understandable, given that he had seen little action since the end of Poland’s World Cup campaign.

He did find the back of the net against Los Verdiblancos but lacked his usual goalscoring instinct. On another day, the veteran striker would have buried a first-half hattrick against the same opposition.

If there is one area in which Barcelona cannot afford to compromise on Sunday night, it is their finishing. Going up against one of the world’s best defences, it will be vital to take the few chances gifted to them and the onus will be on Lewandowski to do the same.

While the Pole will have to ensure perfection in front of the goal, the others on the field will share equal responsibility. After all, El Clasico is a game of narrow margins and high rewards.

Having been in charge of Barcelona for close to a year, Xavi is yet to taste silverware in his managerial stint at the club. Joan Laporta and the administration have invested heavily into the Spanish tactician’s ideas this season, and the pressure on him to deliver is real.

Though his men are eliminated from the UEFA Champions League, they sit comfortably in La Liga and the Copa del Rey. Sunday’s final thus promises not only the chance to win his first trophy as the manager but could also catalyse their success in other competitions this season.

Ahead of the semifinal, Xavi had publicly admitted that he was under pressure to win a trophy and prove his ability to coach the team. One hopes that the performance and result on Sunday night bring with it the start of a long and successful period for the Catalans.