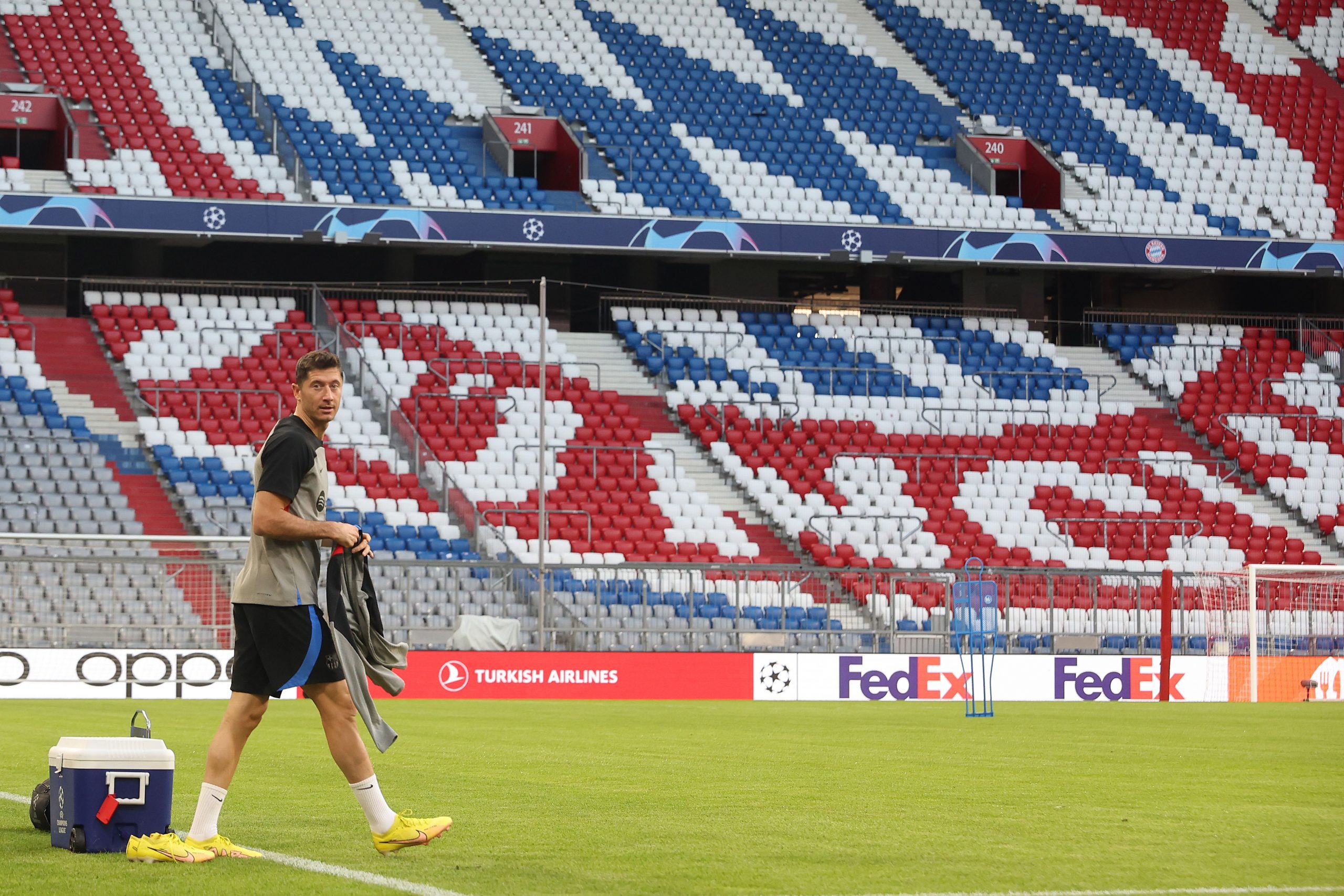 When Matchday 2 of the UEFA Champions League kicks off this week, all eyes will only be on the clash between Barcelona and Bayern Munich.

The two clubs have historically rivalled it out for decades on the biggest stage, but the extent of that rivalry between the fanbases has widened in recent years.

The two European giants are joined by Inter Milan and Viktoria Plzen in Group C this year, but one expects the final race for a table-top finish to be between Barcelona and Bayern. A win on Tuesday would be a big step towards that objective for both teams.

Xavi will go out all guns blazing at Allianz Arena with his strongest lineup. One can expect fireworks from both sides, and there will be no dearth of quality football, passion and determination as one of the UCL’s biggest games approaches kickoff.

Therefore, to celebrate this occassion, Barça Universal brings you three talking points ahead of the gargantuan clash.

1. The thirst for revenge

The 8-2 humiliation in Lisbon two years ago went down as Barcelona’s worst defeat in the UCL. Their horrendous performance was ridiculed and laughed at for a long time.

Unsurprisingly, it also caused severe repercussions on the psychological state of several players and their careers went downhill subsequently.

Two years later, the Bavarians were once again drawn alongside the Catalans in the group stage. The two teams met twice, and Bayern walked away with a 3-0 win on both occasions. Ultimately, Barcelona’s inability to take a point away from the Germans saw them pushed to the Europa League.

As Xavi’s side prepare to take on Bayern once again, the thirst for a win could not be any stronger. The battle is now personal and a matter of prestige. Beyond the three points, a win on Tuesday would be a strong validation that Barcelona are headed on the right track.

After their game-changing summer transfer window, the Blaugranas are more evenly matched with their opponents. In fact, comparing the squad player-for-player, it would not be unreasonable to suggest they are better.

There is a belief that this is finally the year they can compete on the highest level and take apart the side that has tormented them thrice in two years.

During his eight-year stint with Bayern Munich, Robert Lewandowski broke records for fun. He found the back of the net 344 times in just 374 games, including 69 goals in the UEFA Champions League.

The Pole won Bundesliga’s top scorer award five years in a row and led the Bavarian attack with his killer instinct in front of the goal. Needless to say, the Allianz Arena is close to Lewy’s heart and returning there on Tuesday will be a special feeling for him.

Yet, at the same time, one knows that the striker’s story at the club did not have a happy ending. Lewandowski came out publicly to express his disappointment at how Bayern managed his renewal in the summer and forced a move to Barcelona.

If anything, he will be more motivated than ever to perform on Tuesday night. It is the perfect chance for him to make a statement about his quality to the Bavarians while also showing the world that he is now at the best club he could be in.

When Joan Laporta announced signing after signing in the summer, it became increasingly clear that Barcelona would compete hard for the league title. Yet, domestic success has never been the real dream.

Xavi and Laporta assembled this special squad with all eyes on the Champions League. The idea was to bring together a group of players who could compete with the very best in the business and bring the prestigious trophy to Catalonia.

The first real test for this Barcelona side will come tomorrow in Germany.

So far, Xavi’s men have been rampant in La Liga. They have scored 20 goals and conceded just two in their last five games. The understanding between players and their confidence in the manager is just getting better with every game, and the momentum is quite clearly in their favour.

There are no favourites or underdogs for the clash at Allianz Arena. However, a win would mean much more for this Barcelona side, who have suffered in recent editions. That passion could just be what gives them the slight edge.