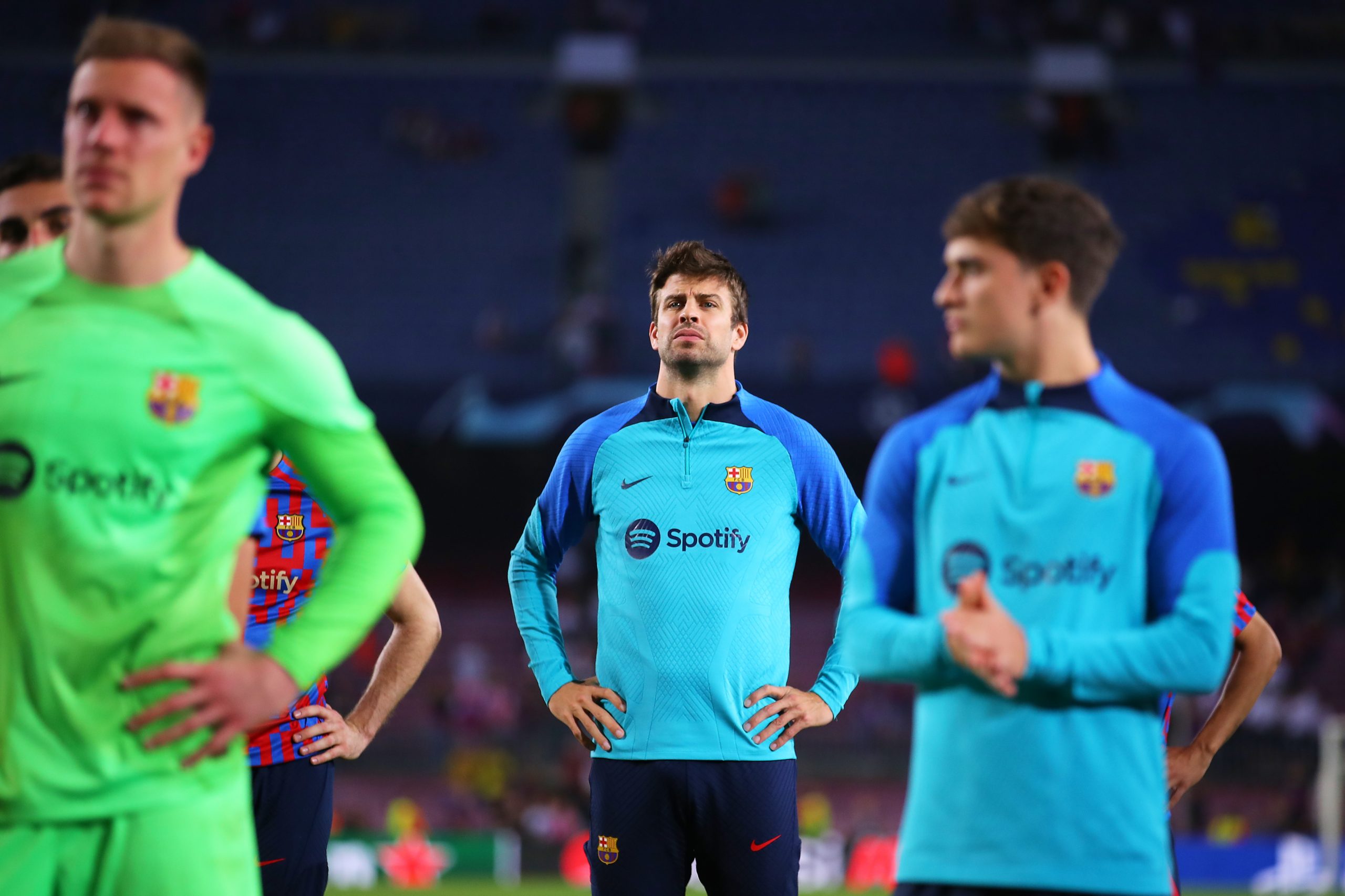 Barcelona’s win over Viktoria Plzen may not have been the prettiest but had a long list of positives for the management and players to take away. Riding on that high, the team take on UD Almeria at Spotify Camp Nou on Saturday night to continue their form in La Liga and catch up with leaders Real Madrid.

The visitors sit tenth in the league with four wins in twelve games. They have notably taken down Sevilla and Celta Vigo but have had problems, especially in defence.

While Barcelona are permanently under the cosh to take all three points, one would expect the pressure to be far greater on Saturday given the weight of the moment. With Gerard Pique’s decision to retire coming as a shocker, it would only be right to send him off on a high.

Barça Universal brings you three talking points ahead of the anticipated clash.

1. Farewell to a legend

In all his years as a Barcelona fan, supporter, player and legend, Gerard Pique has always given it his all. The Spaniard may have gone from protagonist to villain in recent times, especially after the UEFA Champions League humiliations but one can never question his love or commitment to the badge.

The centre-back has shed sweat, tears and blood for the Blaugrana crest over the years and won it all. On Saturday, the Spotify Camp Nou will fill up to bid goodbye to one of its children, for Pique deserves it and more.

The veteran has officially announced that he is retiring and that the game against Almeria will be his final appearance at Camp Nou. It is a shame, for a player of such stature in the club’s history does not deserve to walk out of the back door.

Pique will put on the garnet-and-blue one last time as a player and captain, and surely, Saturday’s game will be all about giving one of the club’s best defenders a fitting farewell.

To say that Barcelona’s defence is in a pickle would be an understatement. Andreas Christensen and Eric Garcia are back in the squad for the Almeria clash, but might not be in a position to start.

Jules Kounde’s injury is not as serious as initially expected but he remains unavailable for the game. Ronald Araujo, meanwhile, continues to be a notable absentee for the Catalan giants.

That being said, Xavi will give Pique a start in his final match, likely alongside Marcos Alonso as Christensen and Eric Garcia are returning from layoffs. The pair may not be the most convincing on paper and even conceded two goals against Viktoria Plzen midweek. Yet, it seems like the manager has no other option but to hope the duo has a good night.

3. An opportunity to grab

It is not every day that Real Madrid slips up. Under Carlo Ancelotti, Los Blancos have become one of Europe’s best and most formidable sides and pose tough competition in Barcelona’s pursuit of the La Liga title.

However, one cannot help but admit that the champions of Europe are currently in a difficult moment. Their most recent game may have been a 5-1 win over Celtic, but their recent draw against Girona in the league saw them squander their healthy lead over Barcelona. Further, they lost their game against RB Leipzig just over a week ago.

With the FIFA World Cup and a six-week hiatus from club football just around the corner, it becomes critical for the Blaugrana to finish strong before the squad disperses. The post-World Cup phase of the season could be heavily affected by injuries and fatigue, and the title could well come down to the finest of margins.

The gap between Barcelona and their arch-rivals is now just one point and the Catalans cannot afford to let that widen. So, it is imperative that they win tomorrow’s game to ensure the same.