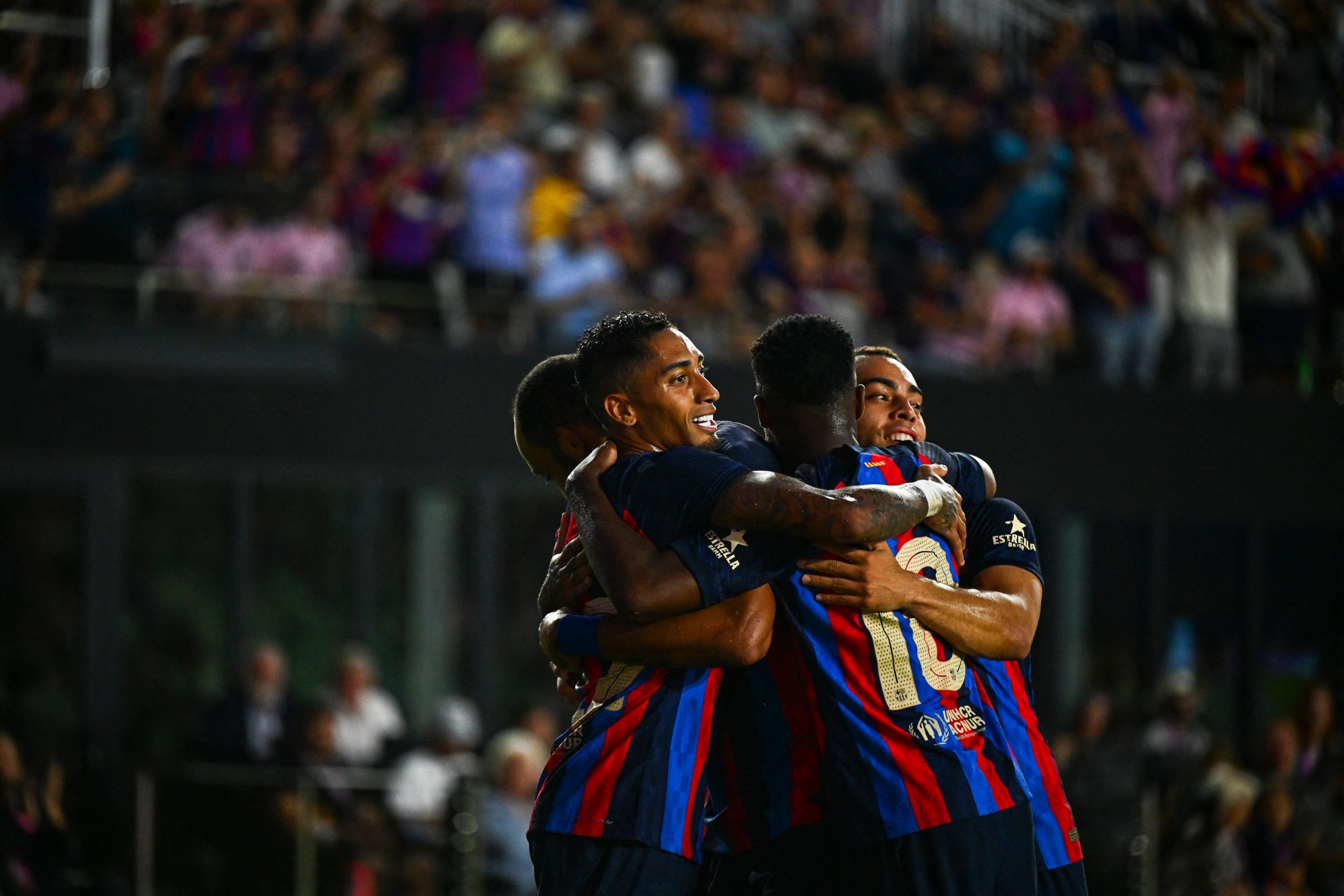 The last season was the foundation of Xavi’s project at Barcelona. The Catalan legend took over the reins midseason from Ronald Koeman and oversaw some absolute highs for the team.

The miraculous run in La Liga that saw them unbeaten for 15 games and the 4-0 win in El Clasico were some of the clear standouts.

The winter transfer window brought with it a set of strong signings who bolstered the team forward in the final third. Yet, Xavi constantly suffered blows to his plans through remittent injuries to star players.

A new page opens itself now as the Blaugranas embark upon a new season.

With the squad now at full strength, there is a real buzz around the Azulgranas.

The new season began with a preseason draw against Olot before the side thrashed Inter Miami by six goals. The next challenge will see Barcelona participate in a pre-season Clasico on Saturday in Las Vegas.

Barça Universal brings to you the three talking points ahead of the big game.

1. The best time to experiment

While Xavi does have abundant resources at his disposal, there is no clear idea as to how he will utilise them. There seem to be too many players for certain positions while others continue to remain understaffed.

The biggest question entering the new season is the forward line. The manager has to choose between Ansu Fati and Ferran Torres to start on the left, and Ousmane Dembele or Raphinha on the right wing.

To complicate the problem, he also has two world-class strikers in Robert Lewandowski and Pierre Emerick Aubameyang.

The priority must be to create a hierarchy in the forward line. Undoubtedly, Xavi will look to rotate and use all six players during the season. Yet, it is vital to have a clear picture of who would start when a game has high stakes.

He will have to compete with Franck Kessie, Pedri and Gavi for two spots as an interior. Moreover, Nico Gonzalez is knocking on Sergio Busquets’ door to start as a defensive midfielder.

Every member of Barcelona’s golden generation has left a void that has been difficult to fill. The same is expected with Busquets who is now in the final season of his contract.

Xavi’s attention now is to find a direct replacement for the defensive midfielder. It is impossible to find a like-for-like replacement, but Nico is said to have caught the manager’s eye as one capable of taking over the veteran’s place.

In the last game against Inter Miami, the youngster started in midfield alongside Pedri and Kessie. While he stayed deep to dictate the play and hold the fortress, the latter duo dominated the higher midfield.

In the 45 minutes he played, the Spaniard displayed a tremendous understanding of the role and executed it flawlessly. If Nico can recreate a similar performance against Real Madrid later today, it would be a big statement.

The youngster was set to leave the club this summer on loan but is said to have stayed only after talking to Xavi about his role in the team. Clearly, the manager includes him in his plans and has something big in store for the youngster.

3. Robert Lewandowski is the name

It is been a long time since a transfer at Barcelona carried a buzz around it. Lewandowski may be on the wrong side of 30 but if last season is anything to go by, he is nothing short of a goalscoring machine.

In his interview with the club, the striker said he was still as hungry for goals as he ever was. Being a serial winner, his integration into the team will bring about a change in mindset and drive.

The Polish international could make his debut in the Clasico, for he is already fit and raring to go. Needless to say, the whole world will have its eyes on him.

Barcelona’s struggles last season came in the final third as there was a lack of a clear finisher to put the ball in the back of the net. Aubameyang filled that void for six months, but Lewandowski provides an even better option now.