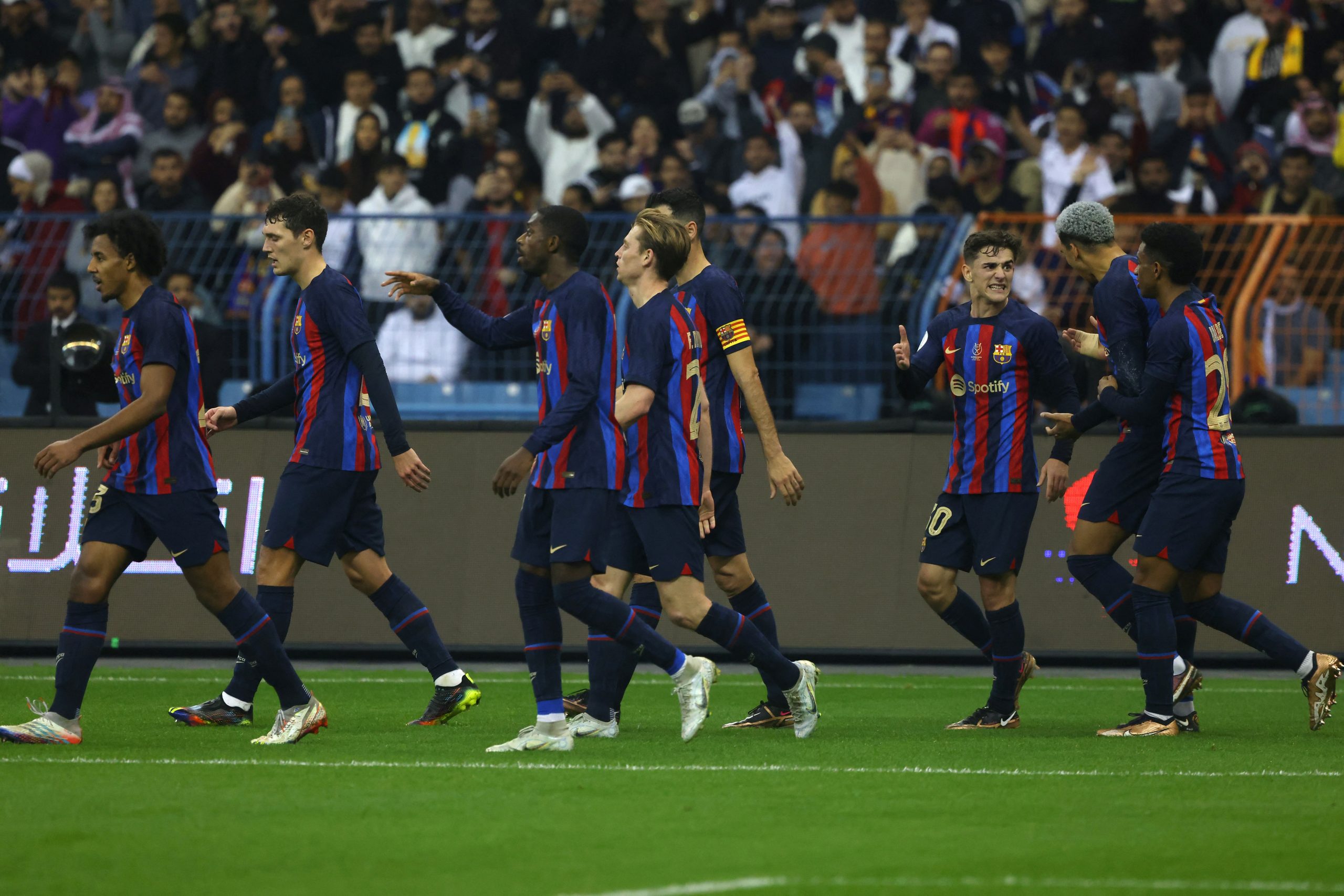 Their opponents, meanwhile, have found themselves in neck-deep water this season. Of their 17 league games, Getafe have won just four and lost eight games, and sit in 15th place with 17 points.

Their last two league games against Sevilla and Espanyol ended in 2-1 defeats. They travel to Camp Nou vulnerable and weary, and the points are Xavi & co.’s for the taking.

Barça Universal brings you three talking points ahead of Barcelona vs Getafe.

1. Leaders by points and by form

To say that Barcelona have been one of the world’s most in-form sides since the return of club football would be an understatement. The Catalans did not take long to get going after the FIFA World Cup, with a draw at the Catalan derby being their only hiccup.

Since then, it has been one-way traffic for Xavi’s men. The game against Intercity brought with it some negatives, but also showed that the Azulgranas possessed the resilience to fight back from adversity. The team then travelled to Civitas Metropolitano to defeat Atletico Madrid without Robert Lewandowski.

On their next mission in Saudi Arabia, Barcelona won two back-to-back games including a 3-1 thrashing of Real Madrid to lift the Spanish Super Cup. Post their return, they steamrolled past AD Ceuta by five goals to seal a Copa del Rey quarter-final spot.

With such strong momentum by their side, one would expect the Blaugrana to make light work of Getafe who sit just a point clear of the relegation zone. After all, Quique Sanches Flores’ side have lost five of their last seven games across all competitions.

The league leaders must keep up their good form at Spotify Camp Nou tomorrow to retain their three-point lead at the top. After all, they are quite clearly leaders not just by the virtue of points but form too.

For the midweek clash, Xavi opted to rest his big stars and offer the opportunity to his bench players. In the process, Pablo Torre, Franck Kessie, and Sergi Roberto started in midfield.

While the deal didn’t work out well for the former, Kessie delivered two assists and a goal against Ceuta. His performance on the night undoubtedly garnered attention and will have an impact on his future participation. However, the manager will go back to his trusted trio against Getafe.

Frenkie de Jong and Pedri will likely return to the field on Sunday night after the former sustained a minor knock and the latter was rested. Gavi, who played 45 minutes in the last game, could complete the midfield three.

This season has been pivotal for de Jong, who has shown the manager that he is capable of replacing Sergio Busquets in the long run.

There is still a long way to go before the Dutchman can boast of covering all the bases his captain covers, yet, he has only got better with every passing game. The manager confirmed that he will be available tomorrow and he has a good chance of starting.

Pedri and Gavi, on the other hand, represent a generation of obnoxiously talented proteges with maturity and flair far beyond their years. They will look to pull the strings together against Getafe and split open the defence as they did to Real Madrid.

Robert Lewandowski’s three-game ban continues to impact Xavi’s planning as the Pole serves punishment for his sending-off against Osasuna. In his absence, Barcelona must find alternate sources for goals and that will be the biggest focus on Sunday night.

Xavi confirmed after the Ceuta clash that Ansu Fati would start against Getafe. One would thus presume that the prodigy will play as the striker with Ousmane Dembele and Raphinha flanking him.

On his day, the youngster is still one of the most lethal players in the opponent’s box. Injury has hit his consistency and speed, but it is clear that both issues are steadily improving.

Fati scored a world-class goal against Ceuta and had a positive impact coming off the bench. As the striker on Sunday, he will look to show the world that he still has the golden touch in him.