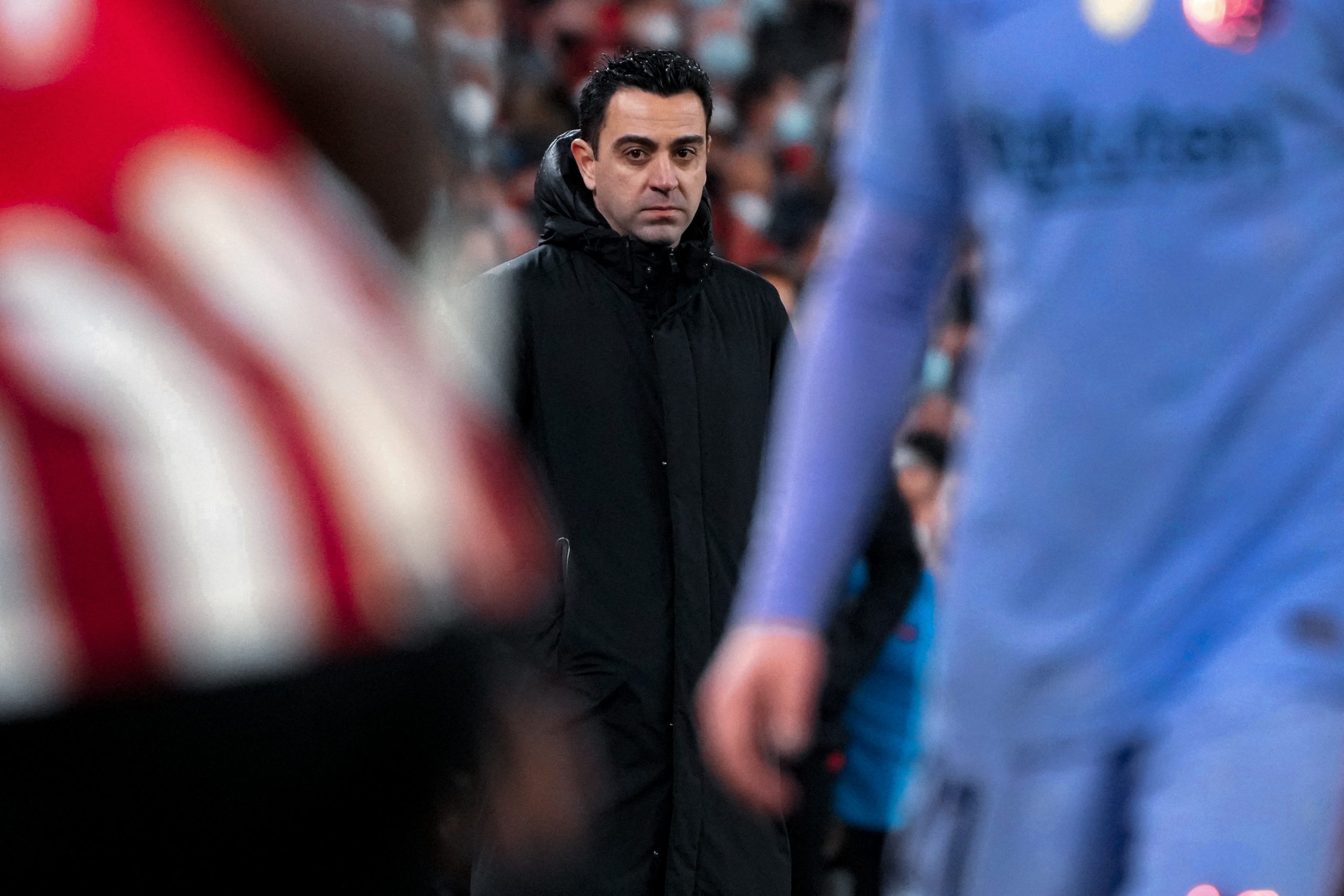 Barcelona have two defeats on the trot, though both the negative results vary considerably in style. While the Blaugranas went down fighting bravely against Real Madrid last week, the same cannot be said about the loss at San Mames.

Against Athletic Club, Xavi’s side showed barely any desire to win, and as put by the manager himself, were beaten in ‘intensity and courage and not a technical level.’

The Catalans look to curb their bleeding before it is too late, as their situation in La Liga does not provide them with much room to drop more points. On Sunday, Barcelona will have to pick up on the positives and weed out the flaws as their head to Basque Country to lock horns with Deportivo Alaves.

At Mendizorozza, Xavi has some crucial decisions to take regarding the midfield trio. While some factors are forced upon the manager, other decisions will have to be handled tactically.

Gavi is suspended for the upcoming game after picking up a red card. The energetic teenager will thus miss the clash and have to be replaced in the starting lineup by either Frenkie de Jong or Nico Gonzalez.

Additionally, the situation around Pedri’s fitness is in doubt. The youngster had a fabulous game midweek but was seen asking to be replaced in the 105th minute. Having felt a minor niggle just days ago, it remains to be seen if the Golden Boy winner can start against Alaves.

Between Nico and de Jong, the tide seems to be favouring the former. The La Masia graduate has been phenomenal this season, providing not only a technical boost but also a physical presence in the middle of the park. The same cannot be said about the latter.

Under Xavi, the Dutchman has been far from his best. As seen in his cameo appearance at San Mames, de Jong has been clueless in possession and careless defensively. With that in mind, Nico is guaranteed a starting spot on the night. Yet, de Jong could start too if Pedri’s injury situation is revealed to be serious.

Of all the La Liga teams this season, Alaves have made a strong case as to being a team that concedes readily. Over their 21 matchdays, they have conceded 34 goals, which is the third-worst in the league after Cadiz and Levante.

Their centre-back pairing of Victor Laguardia and Florian Lejuene has been quite shaky, to say the least. However, it is the full-backs Javi Lopes and Martin Aguirregabiria who have been the true soft-spots in the defensive wall.

When Villareal put five past Alaves earlier this season, a repetition of the same pattern could be noticed. On the night, the right-wing of Alves was utterly decimated by Manu Trigueros, Boulaye Dia, and Alfonso Pedraza. Samuel Chukwueze carried out the same procedure on the opposite wing, while Yeremi Pino and Alberto Moreno were ruthless off the bench.

Barcelona will have Luuk de Jong back as the striker, with Ez Abde and Ferran Torres ready to start on the wings. Moreover, Pedri and Nico will help the team control and navigate past the midfield resistance. Given Xavi’s preferred philosophy of playing with very wide attackers, one can expect many goals on the night.

In the past, Barcelona have been known to be a side heavily affected by defeats. The emotional component of the Catalans’ games became more evident with every passing year and peaked soon after.

Two defeats in a row is a big blow to any dressing room. However, when those results mean back-to-back elimination from tournaments, it does indeed have an enormous impact. Add to that the continued string of injuries and the latest blow to Ansu Fati, and Xavi has a situation at his hands.

Barcelona have shown improved resistance and more perseverance under Xavi. However, this is the big test. The performance on the night will boil down to the manager’s ability to push the players during adverse times. He will have to ensure that the team do away with the ghosts of San Mames and walk onto the Mendizorozza with the mentality of champions. That will be a significant factor in deciding the final result on the night.