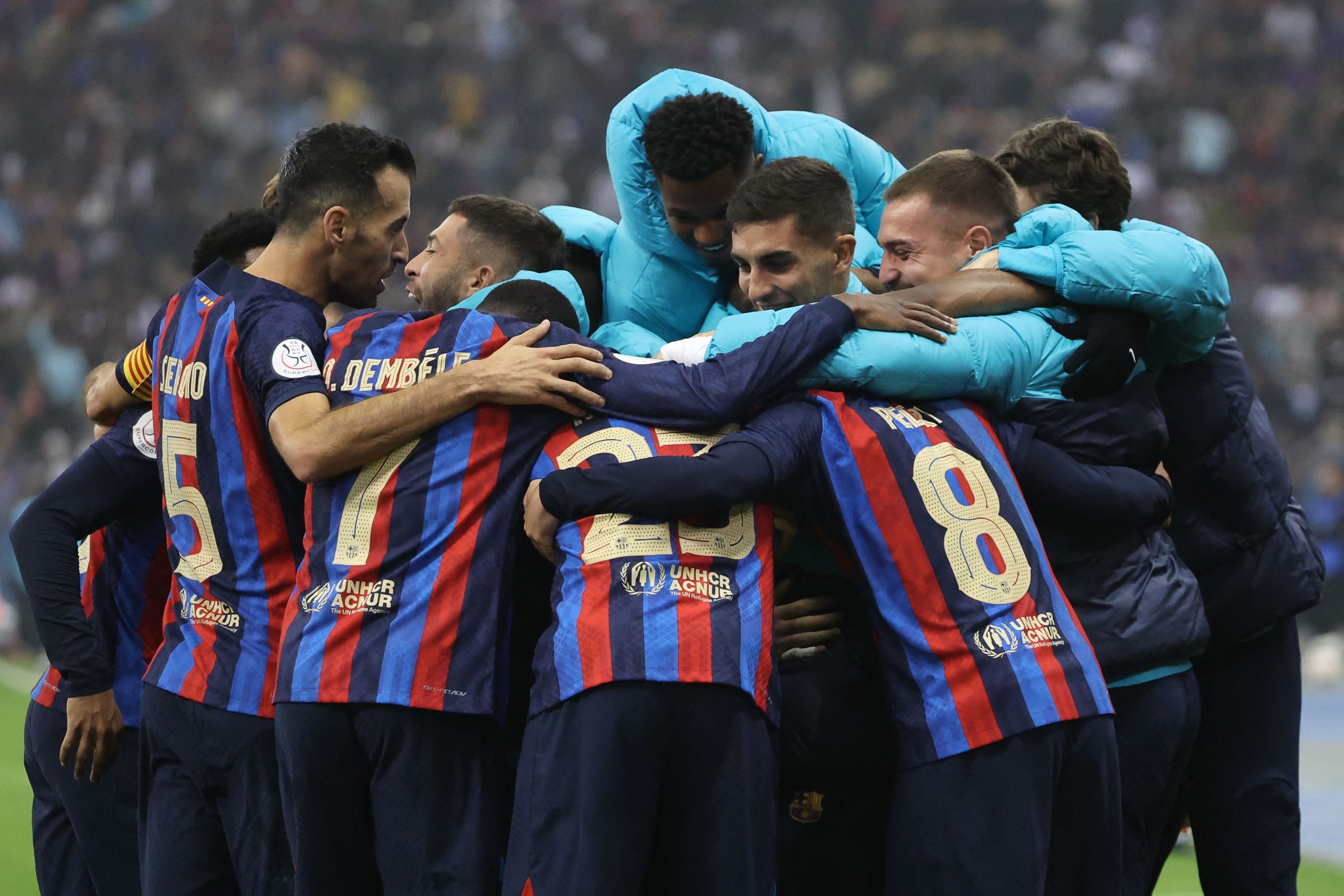 On Thursday night, Barcelona return to action for the first time since their Spanish Super Cup triumph in Riyadh. Participating in the Round of 16 of the Copa del Rey, the La Liga leaders find themselves pitted against AD Ceuta, a team that sit at the bottom of their group in the same division as Barça Atletic.

Their opponents on the night have lost 15 of their 19 games in the Spanish third division, with only two wins in the league. However, their story in the cup is something different.

On their way to the last 16, Ceuta saw off teams like UD Ibiza and Elche to set up a date against Barcelona. Knowing the passion that drives the lower-ranked teams, the last thing the Catalans should do is write off their opponents based on their domestic form.

Barça Universal brings you three talking points ahead of Barcelona vs Ceuta.

Barcelona could not head into the midweek clash with any more confidence than they currently enjoy. Coming off an El Clasico win and their first trophy of the season, Xavi Hernandez’s side could not have hit the ground running at a better time.

What makes their confidence soar higher is the fact that the Blaugrana completely demolished their arch-rivals en route to the silverware. Everything was perfect on Sunday night, from the leak-proof defence, the fluid midfield, and the firing attack.

The Catalans have proven to have the occasional spark in previous seasons too, but what has let them down is their lack of consistency. Needless to say, the focus now will be to keep up the high-level football week after week.

Xavi’s side have four games lined up in the next two weeks and the relentless schedule goes on far beyond. The game against Ceuta, thus, is the right time for Barcelona to experiment but it is also critical that they do not let the momentum slip in the excitement of a relatively easy game.

2. One for the bench

The Azulagranas‘ biggest asset ahead of the new season was their squad depth. However, Xavi has not had the luxury of utilising his squad to the fullest so far this season given the recurrent injury setbacks.

Now, the Spanish tactician has a fully fit squad at his disposal. Against Ceuta in the Copa del Rey, the manager will look to change things up right from the personnel in goal.

Inaki Pena started the team’s first game in the cup against Intercity and is expected to hold his place on Thursday. After conceding three goals against the RFEF Primera Division side last time around, he will look to make a more convincing statement.

Eric Garcia and Marcos Alonso could start at centre-back while Hector Bellerin and Jordi Alba come in at right-back and left-back respectively.

It was the Catalans’ midfield that won them the Clasico last week, and the quartet of Pedri, Gavi, Sergio Busquets, and Frenkie de Jong deserve a rest. Thus, Franck Kessie could play alongside Sergi Roberto at the base of midfield. Pablo Torre is expected to complete the trio coming off a good show against Intercity.

Raphinha has a lot to prove to the manager after being pushed out of the dynamics by an in-form Ousmane Dembele. He could start in his preferred position on the right wing with Ferran Torres on the left. The final cog in the team will be Robert Lewandowski who starts as the striker, as he is suspended for the next two La Liga games.

It is said that success is contagious. The win over Real Madrid and the resulting trophy, thus, will only increase the hunger of this Barcelona team as opposed to satisfying their thirst.

Xavi’s men are already atop the La Liga standings with a three-point lead over their arch-rivals. Their situation in the Copa del Rey, too, is more favourable than their rivals and they must look to capitalise on the same on Thursday.

Real Madrid face Villarreal at Estadio de La Ceramica in the Round of 16 of the Spanish Cup, a tie that they lost less than two weeks ago in La Liga. Quique Setien’s men have cracked the Merengues‘ code once already, and the men in white will be under severe pressure given their form.

Keeping the big picture in mind, the Catalans perhaps have the easiest tie against Ceuta. Given that both Madrid-based teams will be in pressure-cooker situations, Barcelona only stand to gain by winning tonight.