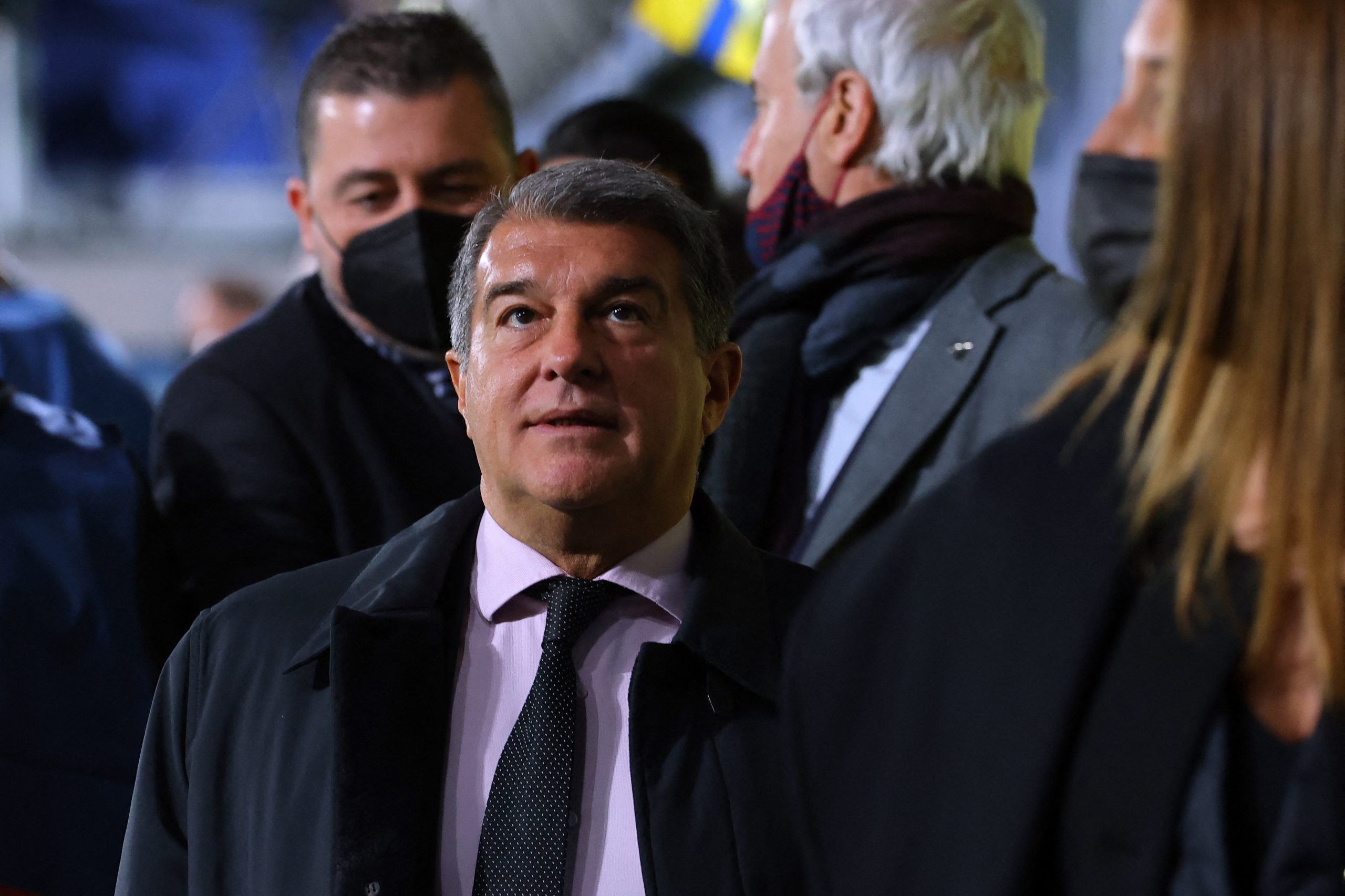 It is no secret that Barcelona are in the market for a new centre-forward this month. Rumours of moves for Edinson Cavani and Alvaro Morata have been doing the rounds for a while now, and even if one of the two arrives, president Joan Laporta does not intend to stop at that.

The Barça supremo is planning for a marquee striker signing in the summer with Erling Haaland his preferred option. However, the competition involved and the finances could make a deal for the Norwegian difficult to pull off.

In such a case, Laporta is preparing for contingencies and is particularly looking at the South American market, claims Fichajes. There are a lot of up and coming special talents coming through in the area and the transfer fee involved will likely be much lesser than that in Europe.

So, the Barcelona president has reportedly been scouring the market closely, with three players firmly on his radar.

The first player on the shortlist of Laporta is Flamengo’s Brazilian striker Gabriel Barbosa. Widely known as Gabigol, the 25-year-old has been in top form since returning to his homeland after a sorry stint in Europe.

With 84 goals in 126 matches for Flamengo, he has established himself as one of the most prolific goalscorers on the continent and is being chased by Newcastle United as well. His contract with the Brazilian club runs until 2024 and is valued at an affordable €26 million.

The second name that is believed to be on Barça’s wishlist is Julian Alvarez of River Plate. The 21-year-old finished the 2021 season as the leading goalscorer in the Argentine top-flight with 18 goals in 21 matches and is a full international with La Albiceleste, collecting five caps.

Currently on the radars of several top teams in Europe, Alvarez has an exit clause of just €25 million, while his contract also expires at the end of the calendar year, making him an appealing target for clubs including the Blaugrana.

The third South American striker that Laporta and Barcelona are looking at is Agustin Alvarez of Penarol. The Uruguayan, who is also a transfer target for the Catalans’ arch-rivals Real Madrid and Atletico Madrid, is just 20 years old and has a return of 33 goals and nine assists in 70 games for his boyhood club.

With one goal in four games for the Uruguayan national team, Alvarez has shown a lot of potential and pedigree at a very young age. However, he still has over two years left on his contract with Penarol, while there is also intense competition for his signing.