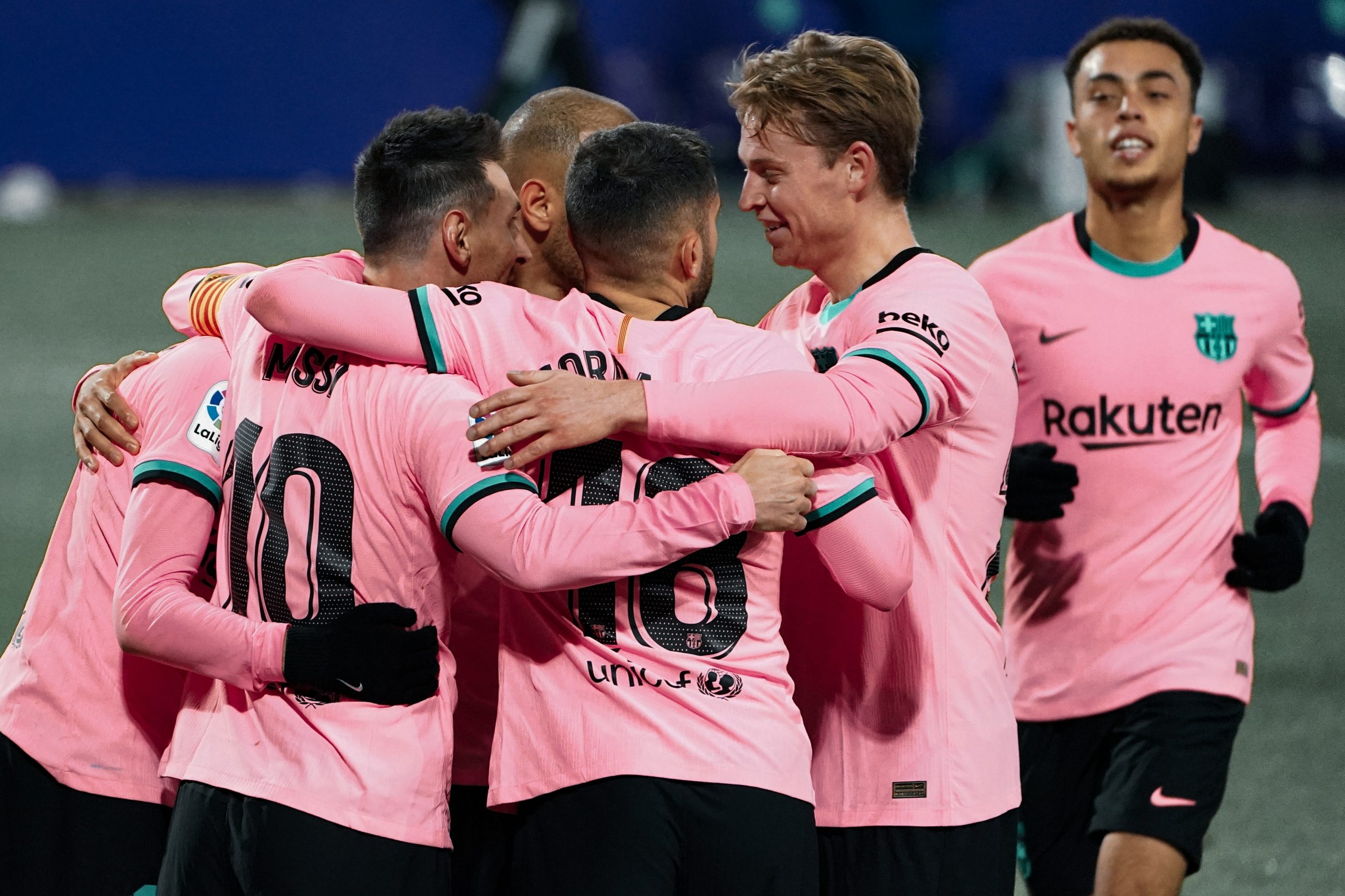 Even prior to the official beginning of the 2020/21 season, we knew there would be a lot of changes happening at Barcelona. After all, changes were heavily needed to improve the team and even give them a fighting chance in the first place.

Ronald Koeman seemed like the right person for the job. Even though his managerial CV may not be the most impressive you’ve ever seen, the Dutchman has a history of ruling the locker room and instilling order into chaotic situations, sometimes through rigorous and quite extreme measures.

In Barça’s case, this came in the form of benching certain players and selling others, for better or worse. Tactically, however, there was bound to be a lot of changes as well. The biggest and the most obvious one was the swap from the Catalans’ traditional 4-3-3 system to Koeman’s personal favourite, the 4-2-3-1.

But if the early signs are anything to go by, it seems not all change is good Barça Universal analyses three reasons why Barcelona should abandon the new formation and swap back to one that historically suits them the best.

One of the unique characteristics of the 4-2-3-1 formation is the double pivot. On paper, this system is a very balanced one, offering support and options both in attack and defence. However, it also requires a particular set of player profiles to occupy certain positions. The double-pivot role is definitely among those roles.

The two midfielders deployed in the centre of the pitch usually have varying tasks where one is the more aggressive one and the other more defensive. But looking at Barcelona’s squad and their players’ strengths, it does seem the double pivot roles only accommodate to a select few players within the team.

Frenkie de Jong, Sergio Busquets, and Miralem Pjanić are the only clear options Koeman has for those two positions. While others can also play it with success, they have to alter their styles significantly to make the system work, hindering their capabilities.

All of Riqui Puig, Pedri, and Carles Aleñá are skilled enough to perform in that role, but it limits what their profiles can do to such an extent that it would likely do more harm than good. Even de Jong, who is used to playing in a double pivot, has found himself chained with his movement too linear and stifled to show the full array of his abilities.

By deploying a double pivot in a 4-2-3-1 system, it seems that Koeman has inadvertently shot himself in the foot by putting some of his most creative players into a small box, limiting what they can offer on the pitch.

The more traditional approach with two number ‘6s’ seems to give the midfielders the freedom to express themselves in the best possible ways.

You may have heard this one before, but the number 10s or the attacking midfielders are a dying breed. The reasons for that are aplenty. It seems the current football era doesn’t really suit them that well as more industrious and hard-working midfielders are preferred to them. It also seems the formations most elite coaches utilise nowadays don’t exactly accommodate a more traditional number 10.

Whatever the real reason is, that specific role is simply not around as much anymore. At Barcelona, however, we have a case of far too many players of that profile being around. You could argue that all of Lionel Messi, Antoine Griezmann, Philippe Coutinho, and Pedri are natural number 10s or at the very least have the predispositions to thrive in that role.

There is only ever enough room for one such player, and it’s likely you won’t really bench Messi, will you? That means Koeman doesn’t exactly have an adequate solution to this problem, seeing how the Argentine will mostly play, which will often affect the other players negatively.

Just to be clear, though, this is not Leo’s fault. The same would happen with any other player occupying the spot, only it’s likely the quality would go down even further. The 4-2-3-1 system can only ever accommodate to a single attacking midfielder, often forcing others to be played out of position if they are to co-exist on the pitch at the same time.

So you either play your best player, ergo Messi, in that role and sacrifice others by playing them out of position or you simply only ever have one number 10 on the pitch at any given time. However, this would mean benching some of the most influential and/or expensive players in the squad. Of course, game-time should be given according to merit and not the price tag but why splash such huge amounts of cash on players you’re not planning to use?

This brings us to a whole different problem, which we’ll save for a different time. But by reverting to the 4-3-3 formation with two number ‘8s’ instead of a single number ’10’, Barcelona could solve this problem altogether.

That way, you can have Messi on the pitch with one or even two of the aforementioned players at the same time without limiting them to the point where they become dysfunctional. Some of these players have the quality to perform the number ‘8’ roles perfectly, and this would indeed mean playing to their strengths; case in point Pedri, Puig, and Aleña.

The 4-2-3-1 offers balance, as we have already said, but it is rigorous in terms of player roles and rigidity.

The proof is in the pudding

Our third and final reason why Barcelona should move away from their current 4-2-3-1 formation is simply the fact that on a few occasions we have actually seen them play in the traditional 4-3-3 system, they have looked far better already.

Of course, we have to remember that formations are just numbers on a piece of paper at the end of the day. And what it says on the team sheet prior or after the game is not as important as the team’s real structure, the players’ roles and the overall tactics of the coach.

That being said, however, Barcelona are once again at a point where they need a change in order to improve, just like they were at the very beginning of the season. Koeman has been quite stubborn with his decisions at times, but upon realising the initial plan is not working, the Dutchman did try to switch things up.

We still don’t know whether the 4-3-3 will make a full comeback or not but it seems like the coach may be open to it. After all, Barcelona have looked more organised, freer and more dangerous in their usual setup as opposed to the newly introduced 4-2-3-1.

But as they say, the proof is in the pudding, and the only way to know for sure is to try it. The Catalans have tried the 4-2-3-1 pudding, and despite some clear positives, it may be time to try a different one once again.

The 4-3-3 has an established track record and suits the team perfectly. Not only that but despite quite a small sample in 2020/21, it’s looking far more promising already.

It will be up to Koeman to decide what’s best for the team, but if he really has the team’s best interests at heart, changing the system would be a healthy first step towards improvement.