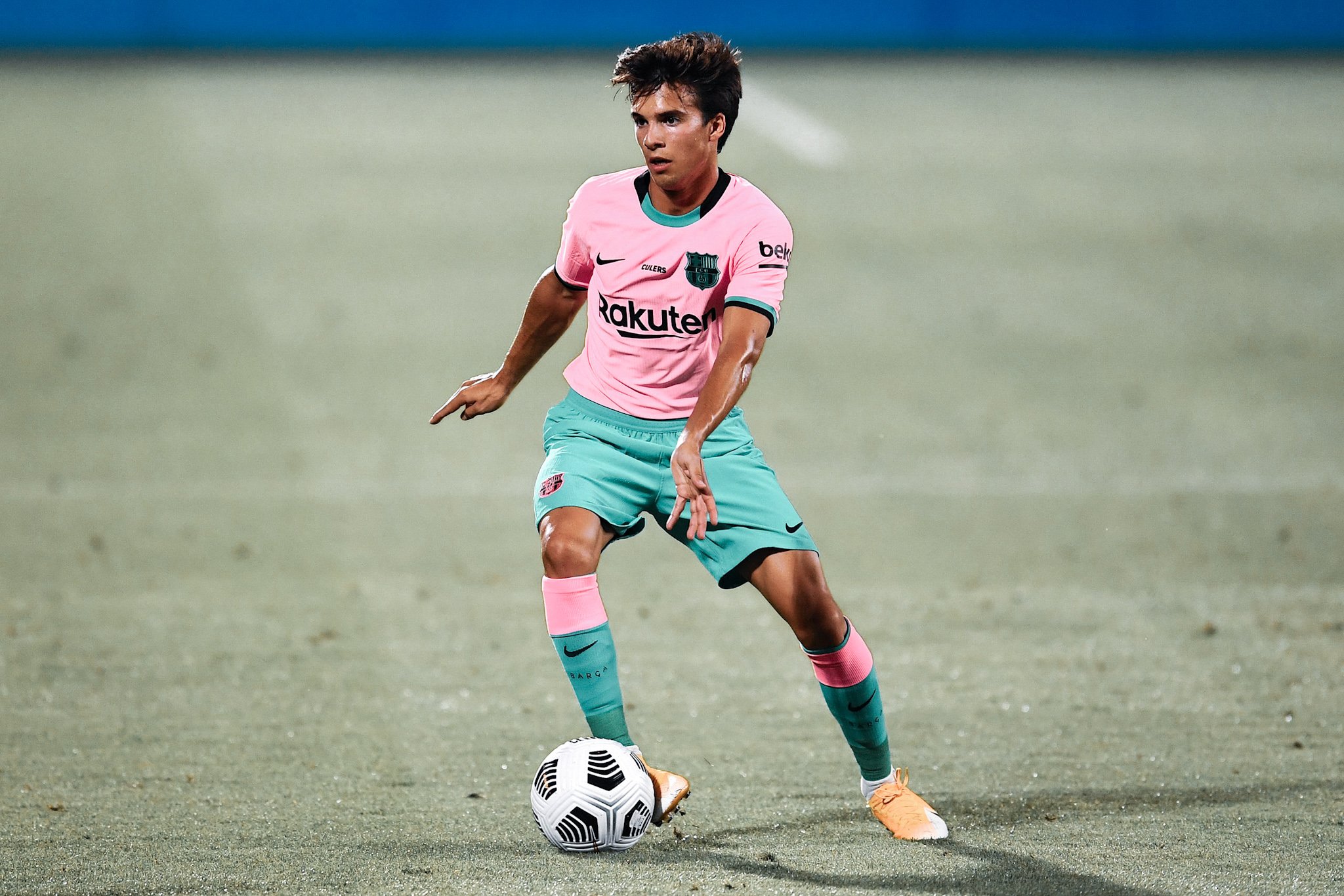 Barça Universal takes a closer look at three clubs who could latch-up fan-favourite Riqui Puig on loan this January as the youngster is in the hunt for more playing time.

For all the numerous rapid changes taking place in the world, there seems to be the one constant: Riqui Puig just can’t manage to get minutes under his belt. For all the hype built around the talented prodigy at the back end of last season, Ronald Koeman seems reluctant to budge.

Before the commencement of the season, the Dutchman asked Puig to go out on loan to get as many minutes of game time as possible. The youngster blatantly refused, confident that he would indeed get his chance to impress. Yet, more than two months into the season and the 21-year-old has only seen 11 minutes of action.

Undoubtedly, he is at the age where he needs continuous playing time to grow and develop as a footballer. There is a growing sentiment that going out on loan to continue playing and developing remains the best bet for Puig. Losing his permanently, though, would be a huge mistake. Barça Universal takes a look at three potential teams the youngster could go to in order to earn some much-needed playing time under his belt.

Nine games into the season and Unai Emery’s men find themselves trailing league leaders Real Sociedad just by the two points. Sitting proudly at second, the yellow submarines have had just the one loss so far, which came against Barcelona.

A glance at the Villareal midfield, however, provides interesting findings. Undoubtedly, Dani Parejo has been the leader in the middle of the park. Samuel Chukwueze, Gerard Moreno and Moi Gomes being the go-to options at wide midfield.

The chance to learn from Dani Parejo will be massive for Puig. (Photo by David Ramos/Getty Images)

However, apart from the 29-year-old duo Francis Coquelin and Manu Trigueros, the options seem feeble. On the occasions when Vincente Iborra has played, the team has operated in a 4-1-4-1. This too opens up another spot for a creative midfielder.

Though Villareal has averaged close to 60% possession this season, they have only scored ten goals from open play in nice games. With just over two big chances created per game, there is a need for a midfielder who can break the lines, yet fit into the plans Emery has for the club.

The midfield as a unit has failed to conjure up opportunities, reflected by the fact that the captain Mario Gaspar has created the most ‘big chances’ while playing out from the right-back position.

Riqui Puig could fill the holes in Unai Emery’s side. The youngster could comfortably slot into a role alongside Parejo and replace the likes of Coquelin or Trigueros. His high press and comfort on the ball make him an ideal candidate for the Yellow Submarines.

Additionally, Barcelona stands to gain too, with the player staying in the Spanish first division and gaining invaluable minutes. It would be a deal that works out well for the player too, as he would avoid the hassle of moving to a new country. Could this be a win-win?

The Leverkusen based side sit at fourth in the Bundesliga and are currently among the handful of unbeaten sides in the top five leagues. They play a similar style of possession-based, football, powered by swift attacks, much like Luis Enrique’s Barcelona. They play a very organized game in possession, with meaningful forward progression of the ball given paramount importance.

Peter Bosz’s fluid attacking style of football will easily accommodate Puig, even if the language barrier is problematic. (Photo by Pool/Getty Images)

Peter Bosz has exclusively fielded a 4-1-4-1 in the Bundesliga, but the 4-2-3-1 has come into the equation for the Europa League fixtures. The team aim to capitalise on short central passes by establishing a numerical superiority in the midfield and the halfspaces. Leverkusen requires its players to be tactically well versed with tremendous composure on the ball; something Puig possesses in spades.

Bosz has had to rotate among Florian Wirtz, Kerem Demirbay, and Nadiem Amiri as his creative midfielders. The departure of Kai Havertz to Chelsea has seen them lose a key component of their midfield creativity.

With €20M signing Exequiel Palacios not particularly impressing, and Paulinho out for several months after rupturing his ACL, taking in Riqui Puig on loan may prove to be a masterstroke,

The most unlikely of the three options, but the most glamorous and promising one. Manchester City has endured a tough start to the season, languishing six points behind league leaders Leicester. They have some of the most skilled midfielders, with the likes of Kevin de Bruyne, Bernardo Silva and Rodri in their ranks.

Yet, there seems to be a void created by the departure of David Silva, which they have been unable to fill right now. City have been associated in recent years with ruthlessly thumping in goal after goal. Now, however, they stare at just nine goals from open play in seven encounters in the league.

Puig may not be a starter at Manchester City. Yet, even appearances off the bench would be an upgrade to his treatment at Barcelona. The idea of working with Pep Guardiola, who just signed a contract extension, and learning from some of the best in the business in de Bruyne would prove to be a tempting option for Puig. It is certainly the least likely of the three, yet the most exciting.

Learning from Pep Guardiola and Kevin de Bruyne, albeit on loan, is too enticing to pass up on for Puig if the chance ever arrives. (Photo by Shaun Botterill/Getty Images)

At the age of 21, Riqui Puig cannot while away the key years of his development on the bench. It is heartbreaking that there seems no other option. Yet, given how firm Koeman seems on his decision, maybe a move-out, hopefully only on loan, would be in the best interest of both Barcelona and Riqui Puig.