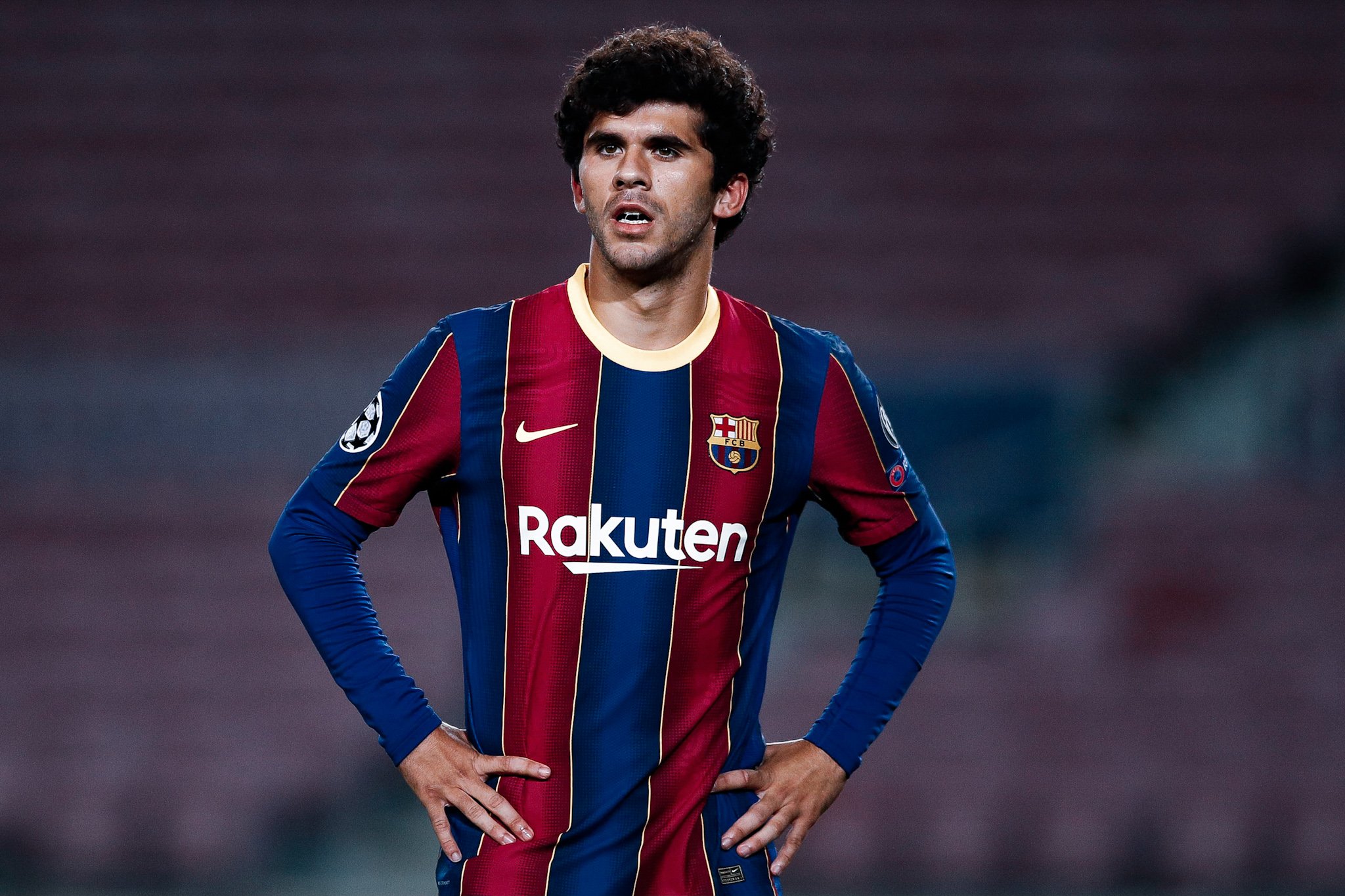 Barça Universal takes a closer look at three clubs who could latch-up Carles Aleña on loan this January as the youngster looks for minutes this season.

When Carles Aleña first broke into the first team, he was an exciting prospect. At the time, the Spaniard looked like the first La Masia graduate in years that was going to make an impact on the squad. He came into an ageing midfield and gave it a new lease of life.

However, not long after this promising start, the minutes started to dry up. Ernesto Valverde ignored the young prospect, instead deciding to overplay the veterans who eventually ran out of steam. This has been an issue at the club for years now. The board prioritised big-money signings, believing they could buy success, instead of trusting their world-famous youth academy.

Since his debut with the club during the 2016/17 campaign, the 22-year-old has only featured for the Catalan side 24 times in La Liga. It is not surprising given how poorly Barcelona have handled their young talents over the last decade. That has only become worse since Ronald Koeman arrived at the club, having pre-decided the midfielders he wants in the XI, eventually freezing out the Spaniard.

With that said, his career at the Camp Nou is not over yet. A loan move in January, as it has been reported, for the remainder of the season, could be an option. Getting regular minutes is essential for the midfielder’s development.

Carles Aleña was at loan at Real Betis last season but has not been given a chance to showcase what he learnt from it. (Photo by Aitor Alcalde/Getty Images)

If he can prove his level, and with a new board coming soon, Aleña could still salvage his career at Barcelona, under a new manager. He has already been on loan to Real Betis last season, and he did get the chances to play regularly at a top side.

Carles Aleña would make a great addition to any side, particularly ones that play attacking football. His strengths are his accurate passing, how quickly he can move the ball, positional play, and dynamism. The most important factor in a potential loan move though is the guarantee of regular game time.

AFC Ajax and FC Barcelona have always shared a strong connection from their philosophy of football to many players featuring for both clubs. Ajax manager, Erik ten Hag, has proven that he is excellent at developing young players. Frenkie de Jong, Matthijs de Ligt, Donny van de Beek and Hakim Ziyech are just a few of the names that ten Hag has helped to develop in recent seasons.

Playing under ten Hag, even on loan could do a world of good for Carles Aleña. (Photo by Dean Mouhtaropoulos/Getty Images)

Carles Aleña would be a great addition to the Dutch side and would fit their style of play perfectly. He is an attack-minded midfielder that loves to take control of the ball anywhere on the pitch. The number six is effective in the final third with an eye for goal from range and a defence-splitting pass.

The issue would not be if he had the level to play with Ajax, but if he would get enough game time. Davy Klaassen was signed at the start of the campaign and has been in fantastic form. Apart from this, the midfield has been unsettled and has changed most weeks. Apart from that, we can also expect Aleña to feature as a false 9 – a role ten Hag has used often.

The team from Amsterdam has been hit with injuries and COVID-19 cases too. This could allow Aleñá to find a regular role in the team and help him develop at a club that suits his style of play.

A loan deal to a team from La Liga could also benefit Carles Aleña. Getting that much-needed experience in the league could show the Barcelona hierarchy that he is at the required level to compete in Spain.

Sevilla are one of the top sides in the country, but have struggled this season. They currently sit 12th in La Liga after seven games. Their biggest issue seems to be a lack of goals, having only scored seven so far.

Carles Aleña has experience playing against Sevilla, but working with them on loan would be critical in his development. (Photo by Aitor Alcalde/Getty Images)

They have a lot of talent in their midfield such as Ivan Rakitić, Joan Jordan and Fernando. However, these midfielders are more suited to the deeper build-up play and do not offer as much in the final third. Aleña could bring more balance to the side and be that creative midfielder around the box that Sevilla desperately need.

From the Barça midfielder’s point of view, he would get the chance to work under Julien Lopetegui, who is one of the best coaches in the world. If he was assured regular minutes, he would get a chance to continue at one of Spain’s best sides and the Europa League winners. This could be the most likely destination for the 22-year-old.

A slightly more obscure and unrealistic potential loan move could be to English side Leeds United. So far this campaign, the newly-promoted side have been inconsistent in their performances. They have been scoring goals but also conceding too many. The Peacocks could do with some more quality in the centre on the pitch, giving Marcelo Bielsa the option to bench the ageing Pablo Hernandez — a man Aleña can learn a lot from.

One of the biggest appeals about Leeds is their manager, Bielsa, and his incredible approach to the game. He is highly regarded as one of the greatest minds in football. There is no question that he would be able to get the best out of the 22-year-old and give him some much-needed confidence.

Marcelo Bielsa is a football mastermind, and even a short loan at Leeds would go a long way for Carles Aleña. (Photo by George Wood/Getty Images)

There would be potential game time as Aleña does possess the quality to break into the English side. However, the transition to the Premier League is usually difficult, due to its physicality. It does not always favour those coming from more technical leagues.

Whatever the case may be, the Barcelona midfielder does need to find more consistent playing time. He has struggled with this for most of his senior career and it will only be limiting his development.