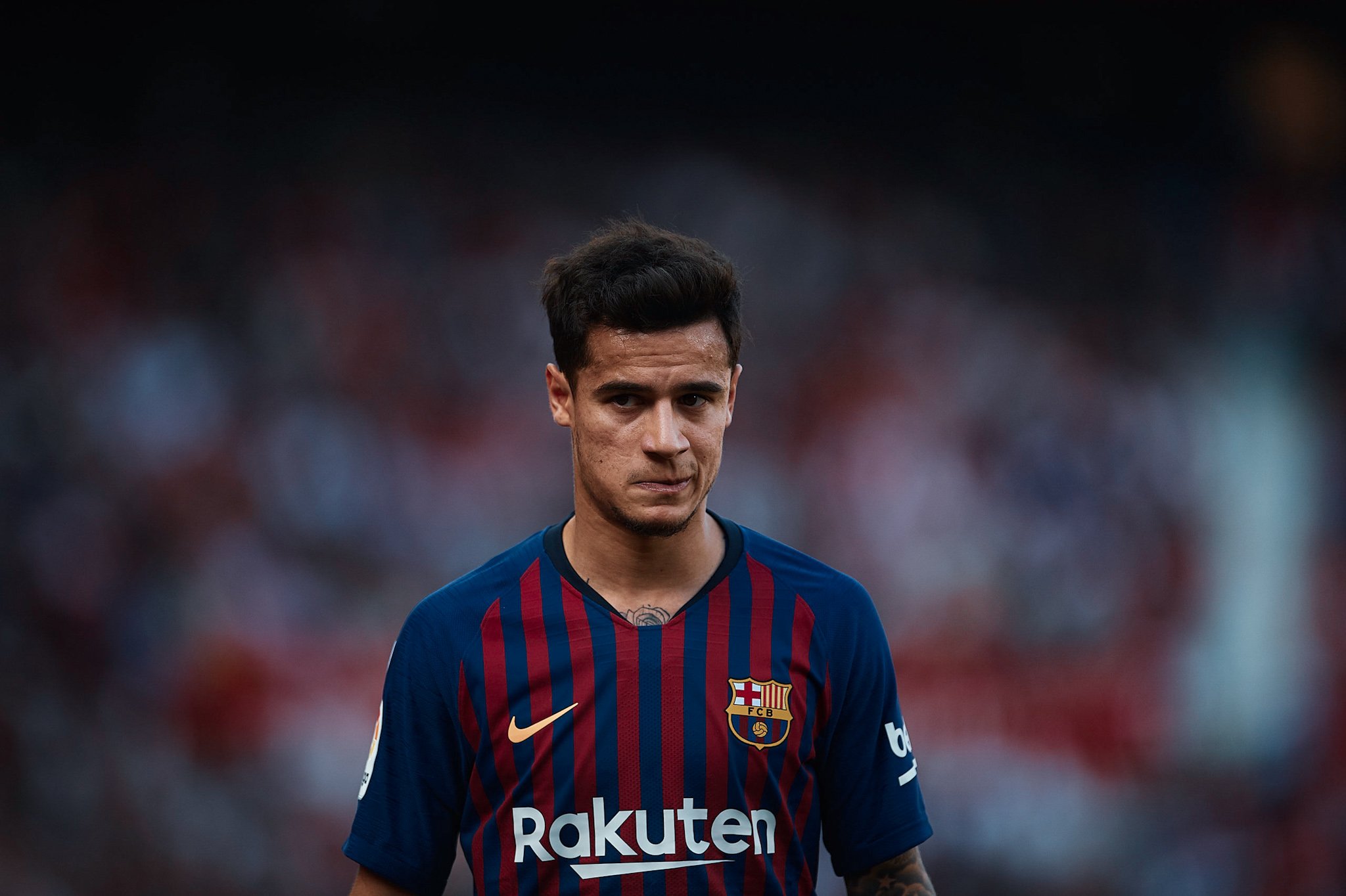 “Coutinhooooo! It is eight! He has really subbed salt into the wound!”

These words echo in the souls of Culés as Bayern Munich hit eight past Marc-Andre ter Stegen and the flailing Barcelona defence.

What was worse that, coming on in the 75th minute, Philippe Coutinho etched his name into this historic scoreline with two goals and an assist, directly involved in the 6th, then the 7th, and finally the 8th, deeply penetrating the dagger into Barcelona’s hearts.

Despite this, and an inevitable treble, which included a hat trick along the way, Bayern were not interested in keeping Coutinho permanently given his massive price tag. However, Ronald Koeman’s appointment and Coutinho’s increased fitness levels raised some hopes among fans. Who can blame them? Koeman specifically asked him to stay, indicating that better days may lie ahead.

To his credit, Coutinho started the season well, scoring a goal and setting up two in the opening three gameweeks. That said, an injury against Real Madrid meant a downhill spiral for him, as he failed to make an impact in any game after that, scoring one goal in four games.

He was played out of position, but there is only so much a player does wrong even out of his comfort zone. Antoine Griezmann was criticised for forgetting his basics while playing on the right-wing, and Coutinho walked onto the same stray path. It might finally be the last time, though.

Presidential candidates, along with fans have lost confidence in the Brazilian, who was loaned out to Bayern in the first place on the back of poor performances, and it seems that he may be on his way out of Barcelona soon enough.

Reports suggesting that Joan Laporta wants to get Erling Haaland at Barcelona have been circulating for a while, and it seems like Coutinho and/or Griezmann will be sacrificed in the process.

Barça Universal takes the mantle to suggest three potential clubs where Coutinho could revive his career, owing to their need of a player like him.

It is almost too easy to link any player to Paris Saint-Germain. They are a mega-club in terms of financial ground, and can easily afford the wages Coutinho is on right now. Stemming from that, they can also pay a transfer fee Barcelona demand. Or at least something in that range.

In terms of tactical adaptability, he will be able to fit right in the club and can play a variety of positions in most of Thomas Tuchel’s systems.

The German coach has used a 4-3-3 most often this season, deploying a workhorse midfield triumvirate in the form of Ander Herrera, Idrissa Gueye, and Leandro Paredes. They have been over-dependent on the forward line to inject imagination, and even the inclusion of Rafinha has helped in bit-part.

Neymar is the team’s primary creative force, averaging three key passes per game, racking up three assists so far in the league. Angel di Maria, at 32, continues to be unplayable as well, with four assists, and 2.9 key passes per game. However, it is hardly sustainable for either of PSG or Di Maria – who turns 33 before the season ends.

Coutinho can be placed on the left of the 4-3-3, which will take a lot of pressure of Neymar, who does most of the ball carrying in the team. Coutinho’s ability to carry the ball means that Neymar can rove near the box, conserving energy, and in the process, becoming more lethal.

Moreover, the fact that the duo have played together for Brazil for several years means that they will likely understand each other and improve team chemistry. Barcelona face PSG in the Round of 16 of the Champions League soon, which will be a good trial for the capital outfit.

The ‘can go either way’ route: Manchester City

Another wealthy club in this list for a player on incredible wages — shocker.

However, apart from being able to afford Coutinho’s salary and his transfer fee, Manchester City could turn out to be the ideal transfer for him.

It is no news that Pep Guardiola’s sky blues have been struggling since the departure of David Silva that has left a huge burden to create nearly alone on Kevin de Bruyne. Stemming from that, Guardiola has had to made major alterations to his team strategy, shifting to a 4-2-3-1. It has barely helped, though, as this current City team seem to be chasing shadows of their past selves.

Coutinho can be deployed as an interior in the three-man midfield, on the left side, from where he can play the lobbed through balls he has mastered. Moreover, he will also have the opportunities to cut in on his favoured right and let loose rockets.

The Brazilian has struggled to find consistent ground throughout his career, being criticised for blowing hot and cold, but playing under Guardiola may be the breakthrough he has been looking for.

Although, it is worth mentioning that Coutinho, who is a Liverpool fan at heart, maybe hesitant to join Manchester City – the club often considered to be the Reds’ modern-day rivals.

Inter Milan’s rivals Juventus are the only team that have been linked to Coutinho in the recent past, albeit weakly. It was enough for his agent to address it publicly, though.

However, it is Inter that seem to be a better fit for the 28-year-old, for various reasons. Starting from the fact that the capital outfit do not have any salary cap in place and can easily afford Coutinho’s €15 million/year wages.

Moreover, Antonio Conte has tried his level best to deploy a 3-4-1-2 system at Inter to the undoing of the less-then-convincing displays of Alexis Sanchez and Christian Eriksen in that role. Nicolo Barella currently tops the team for assists, and sits second for big chances created and key passes. He has been taking most of the creative toll for the team even though he operates slightly deeper.

Coutinho is a tailor-made fit for that attacking midfield slot that Conte is searching for. He has the technical attributes to boss Serie A, which is considered to be slower compared to the rest of the top five leagues. A return to the club where he started his senior career, eight years after leaving will also give him the incentive to end on a high note.

This may also help Barcelona gain leverage in the pursuit for Lautaro Martinez, who can be signed on a comparatively lower price, or as part of a swap deal.