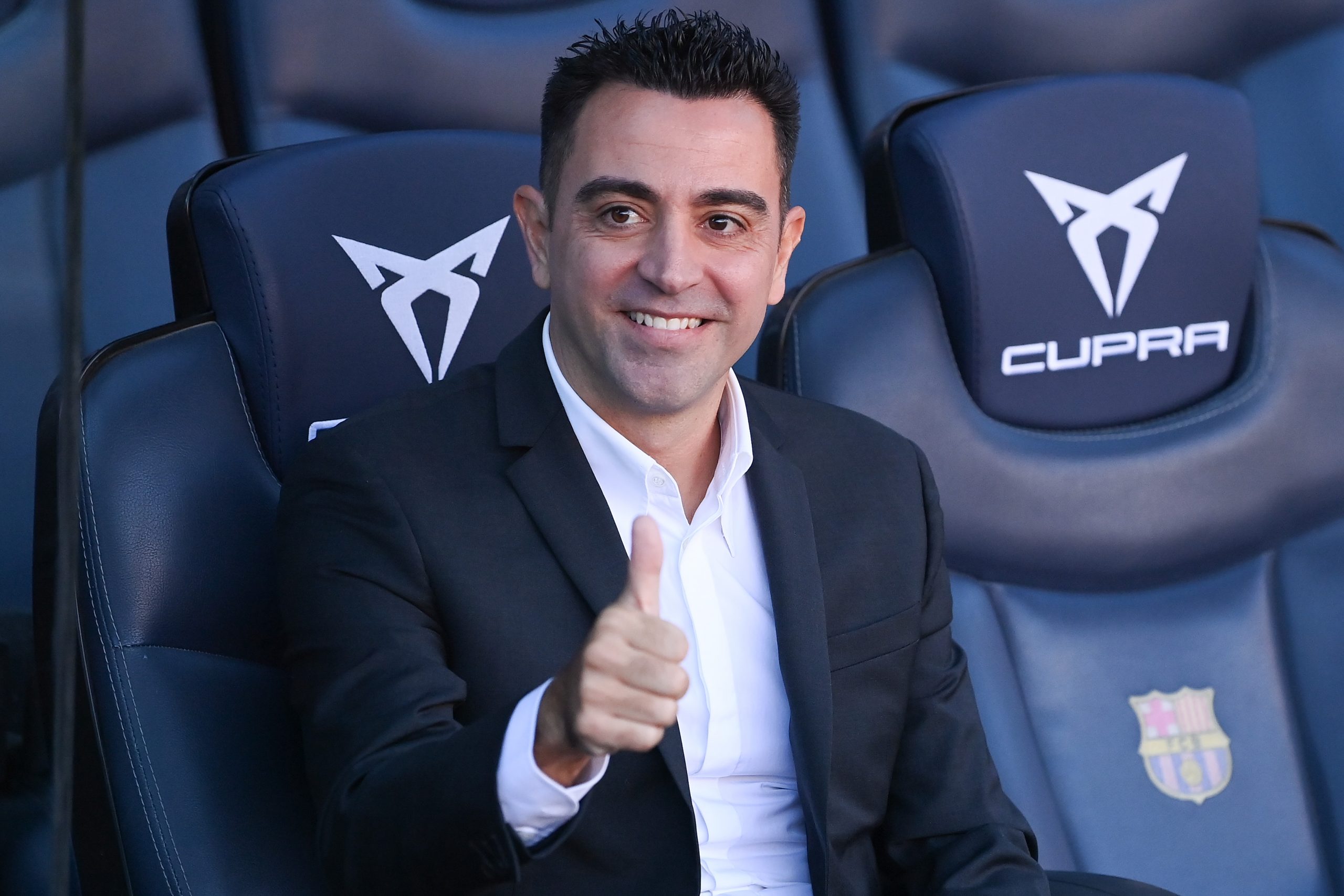 Xavi Hernandez was presented as the new first-team manager of Barcelona on Monday. The 41-year-old club legend takes over the reins after Ronald Koeman was sacked towards the end of last month following a disappointing run of results.

Xavi has a monumental task at his hand to turn things around at Camp Nou after their worst-ever start to a La Liga campaign in close to two decades.

As is the case with any new manager coming in, the first job for the ex-Al Sadd boss will be to take account of the squad at his disposal and decide on the cuts he wants to make. And, Fichajes reports that the 2010 FIFA World Cup winner has already decided on three players that he wants the club to offload in January.

Xavi has communicated the same to president Joan Laporta, hoping that their sales would create room on the wage bill to bring in a few players of his liking. The three names that the new Barcelona boss does not see as a part of his plans are Samuel Umtiti, Luuk de Jong and Neto.

Umtiti has been pretty much out of favour since last season and came close to leaving in the summer. However, he managed to convince Laporta to give him another chance to prove himself at Camp Nou.

But the Frenchman has been unable to get any playing time this term, and that will not change under Xavi, who will count on Gerard Pique, Ronald Araujo, Oscar Mingueza, Eric Garcia and Clement Lenglet. So, a parting of ways in January makes a great deal of sense for the player and the club.

As for Luuk de Jong, he was a Koeman signing through and through and does not fit into the new manager’s plans. An out-and-out target man, the 31-year-old has struggled to contribute so far in his tenure at Barca and would offer little value in the style and system that Xavi wants to employ at Camp Nou. So, despite the injuries to Ansu Fati, Ousmane Dembele and Sergio Aguero’s health concern, Barca will look to part ways with the Dutchman.

The final name on the list of players that Xavi wants to axe in January is backup goalkeeper Neto. The Brazilian has no chance of usurping Marc-Andre ter Stegen while the new manager and with the new boss ready to back La Masia prospects Inaki Pena and Arnau Tenas, the ex-Valencia goalkeeper will likely head out.