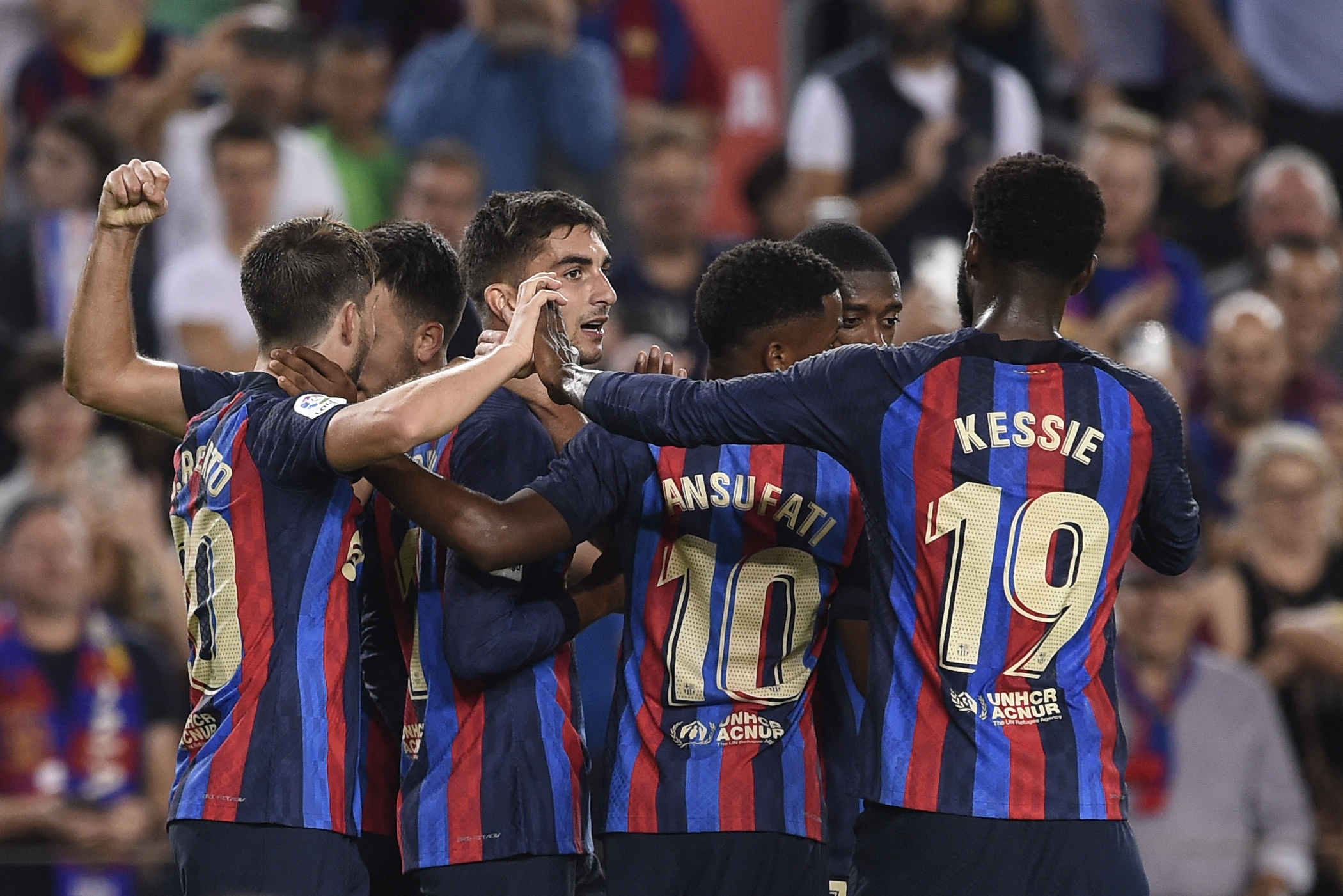 Barcelona are set to take on German giants Bayern Munich in the Champions League in a match that the Spanish giants simply have to win to keep their hopes of progressing to the next round alive by the thinnest of margins.

There is a chance that the Spanish giants could be knocked out even before kick-off against the Bavarians if Inter Milan, who play Viktoria Plzen earlier the same night, beat the Czech club.

However, the Spanish giants will prepare in the hope that the Nerazzurri drop points against Plzen and Xavi’s men will have to give their all to try and beat the high-flying Germans who have already secured qualification for the next round.

Irrespective of what happens in their Champions League journey, Barcelona have a point to prove that they can win in the big games and beating Bayern Munich on Wednesday will send a statement.

The first leg between the two sides ended 2-0 in favour of the Germans although Barcelona were the much better team on the night. Coming into this game on the back of impressive wins against Villarreal and Athletic Club, the hosts will be fairly confident of getting a result against Bayern.

Ahead of such an important clash, Barça Universal takes a look at the three key battles that could decide which way the game goes.

Coming into this game on the back of arguably one of his best performances in a Barcelona shirt, Dembele will be full of confidence. He is likely to get the nod as the right-winger on the night and will be against the pacy Alphonso Davies.

The Canadian loves to get forward at every given opportunity and this could mean that there is a lot of space for the Frenchman to exploit on the counter. However, Dembele will need to track back and help the right-back on the night (likely Hector Bellerin), which could minimise his influence in the attack.

During the first meeting between the two teams, Davies largely managed to keep Dembele and Raphinha quiet whenever he came up against him, with the Frenchman having a quiet game by his standards.

However, we all know that on his day, Dembele can be absolutely unplayable, as he showed on Sunday. If he can keep getting forward and helping us in attack, it would be the best way to keep Davies quiet, as he would be forced to be on defensive duties the whole time.

Considering how much of a creative threat the Frenchman is for Barcelona and Xavi, this could be the battle that determines which way this tie goes on Wednesday night. If Dembele can have a better night than he did in Munich, Barcelona are likely to have a better result.

A case can be made for Kimmich being the most consistent midfielder in the world over the past few seasons. The German quietly goes about his business without much fuss and almost never drops below a 7/10 week in week out.

Kimmich has been having yet another exceptional season and is one of Bayern’s most important players. His composure at the base of midfield is unparalleled and he will be key to the German club’s chances against Xavi’s men.

However, he will be up against one of the most gifted midfielders in world football in Pedri. The Spanish magician is the heartbeat of the Barcelona team and is key to every single good thing that Xavi’s men do.

He has been having yet another exceptional season this time around and will want to continue doing the same against Bayern. However, it will not be an easy task against someone like Kimmich.

Pedri loves dropping into space and collecting the ball and spraying passes to the wingers or the other midfielders. He has also added a ‘de Bruyne-esque’ burst of pace to his game with the ball at his feet that helps him get past opposition players before they realise.

The Spanish teenage sensation has also started getting into the box and shooting more and he will arguably be Barcelona’s biggest midfield threat on the night. How he fares up against Kimmich could go a long way in deciding how this clash goes.

It is still not clear if Thomas Muller will be fit to start the clash against Barcelona but if he is not, then German wonderkid Jamal Musiala is likely to play the Muller role in Julien Nagelsmann’s team.

The Muller role in a Bayern Munich team is almost impossible to replicate but if there is anyone who can pull it off, it has to be Musiala. However, he will have his task cut out against Barcelona’s Frenkie de Jong.

The Dutchman is likely to start as the lone holding midfielder on the night with Pedri and Gavi in front of him. He will be trying to replicate the Busquets role which he did so well against Villarreal last week.

Just like the ‘Muller role’, the ‘Busquets role’ is also not easy to fill. However, Frenkie has proved this season that he can play in the position very well although he comes with a considerably different skillset.

Frenkie loves taking forward runs with and without the ball and this could leave a lot of space for Musiala to exploit. The Dutchman will have to be wary of the threat that the teenager can pose and be aware positionally.

In this battle of two players playing in what can be classified as rather unnatural positions for them, who comes out on top could be a key factor in deciding which team gets the bragging rights at the end of the night.