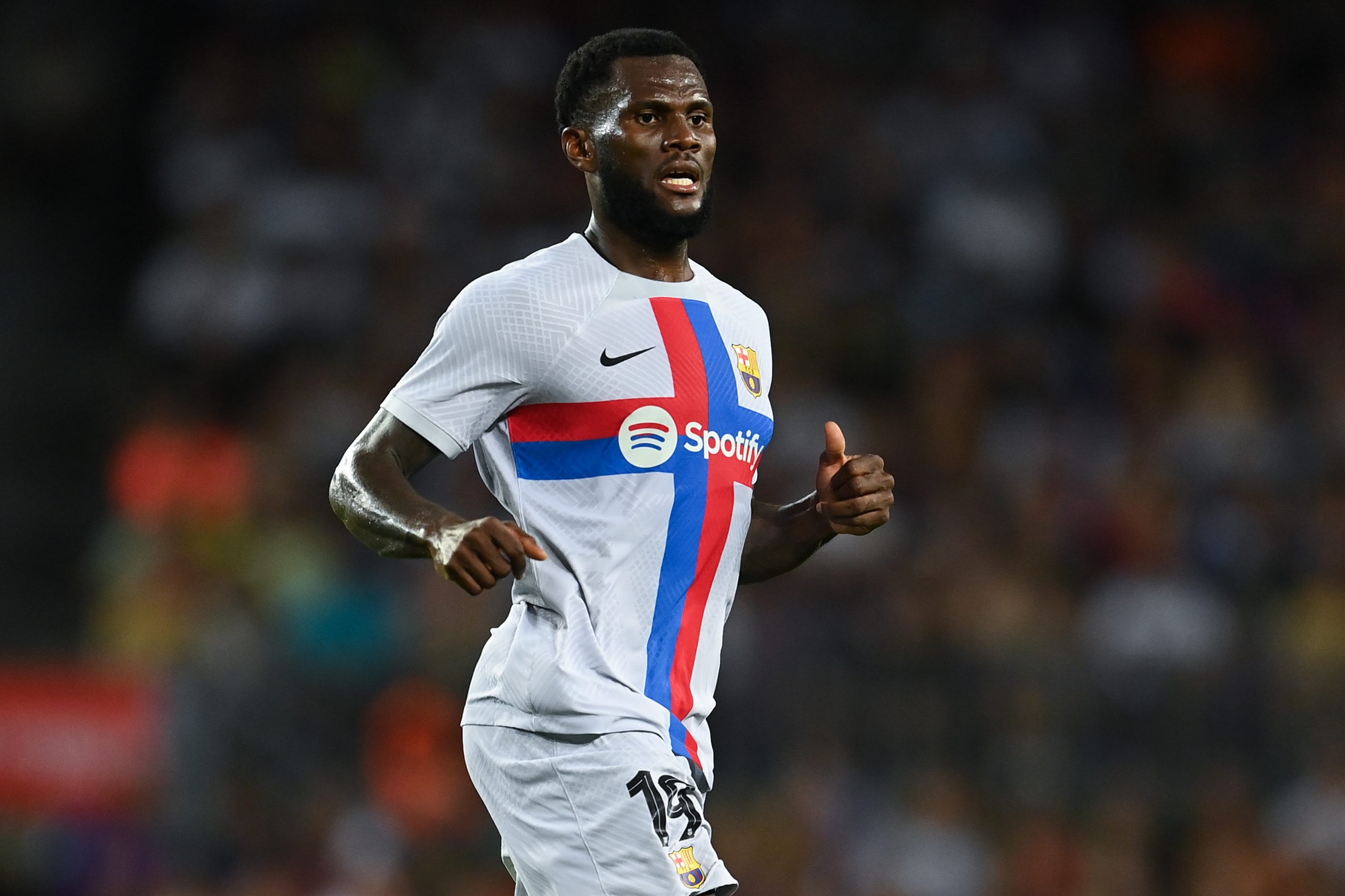 Before the international break commenced yesterday, Barcelona were in wonderland. The team was scoring goals for fun, the defence looked impeachable, and most importantly, all players looked fit and ready to go ahead of a hectic season.

In fact, Sergi Roberto was the only Barcelona player who had picked up an injury this season pre-break. He was subbed off at half-time against Viktoria Plzen, and missed the subsequent matches even though Xavi downplayed it as a knock.

Unfortunately, the international break has come in like an arrow to burst Barcelona’s bubble.

On the first day of the scheduled matches, Jules Kounde picked up a hamstring injury, and has been ruled out for a month. Ousmane Dembele seemed to have developed some muscle fatigue, too, but has been deemed fit as of now.

Meanwhile, Poland may have lost 0-2 against the Netherlands, but Barcelona went two down themselves. At half-time, Frenkie de Jong was subbed off as a precaution, and has already returned to the club to nurse a minor injury.

Seven minutes after that, Memphis Depay went down holding his hamstring, and had to be taken off. The exact timeline of his recovery is still unknown, but hammy injuries are never easy, and we can easily assume a month off for him, too.

The last (till now) of the blows for Barça came when Ronald Araujo had to be taken off for Uruguay five minutes into the game against Iran. Both Araujo and Kounde out is definitely concerning for the Catalans.

With four players (plus possibly Roberto and Dembele) out of action, Xavi must be careful. October brings with it an insane schedule, and anything but proper rotation can prove to be costly for the players.

As such, Barça Universal looks at three players, who have otherwise not been as ‘important’, who can be crucial for Xavi and co. amid this injury crisis.

Right off the bat, we must establish that Franck Kessie has not quite been used to the extent he should be so far this season. The Ivorian was one of the best players in Serie A at AC Milan, establishing himself as a world class box-to-box midfielder.

However, he has been pushed below Pedri, Gavi, and Frenkie de Jong in the pecking order. The next month or so, however, could be Kessie’s chance to truly shine.

Pedri and Gavi both will be used cautiously by Xavi given the injury scares they have gone through already. Moreover, de Jong’s absence means Kessie can plug a hole in the team through his natural playing style.

It is certainly difficult to talk about arguably Barcelona’s best defender of all time in this context, but at the moment, Pique has been reduced to a second pack rotation.

Ronald Araujo seems to be the most important man in central defence right now, with Jules Kounde and Eric Garcia accompanying him in varying capacities. Andreas Christensen is the first backup to almost all of them, with Pique sitting even behind him.

However, with Araujo and Kounde out for a fortnight each, at least, Pique jumps the rung of the ladder. He will face competition from Garcia and Christensen, and neither of them can continue to play all games.

If the game against Cadiz is anything to go by, the veteran is still a more than able defender. He was, after all, Barcelona’s best player last season.

Surprising as it may seem, Pablo Torre could turn out to be rather important for Barcelona soon enough.

He is best suited to a no. 10 or an attacking 8 role, and his ability to wiggle his way through tight areas, under pressure, means he can replace one of Gavi or Pedri in midfield, in a capacity different to Kessie.

Torre has incredible vision, too, and his experience playing behind a striker means he could, hypothetically, work well in tandem with Lewandowski. Xavi just needs to trust him.