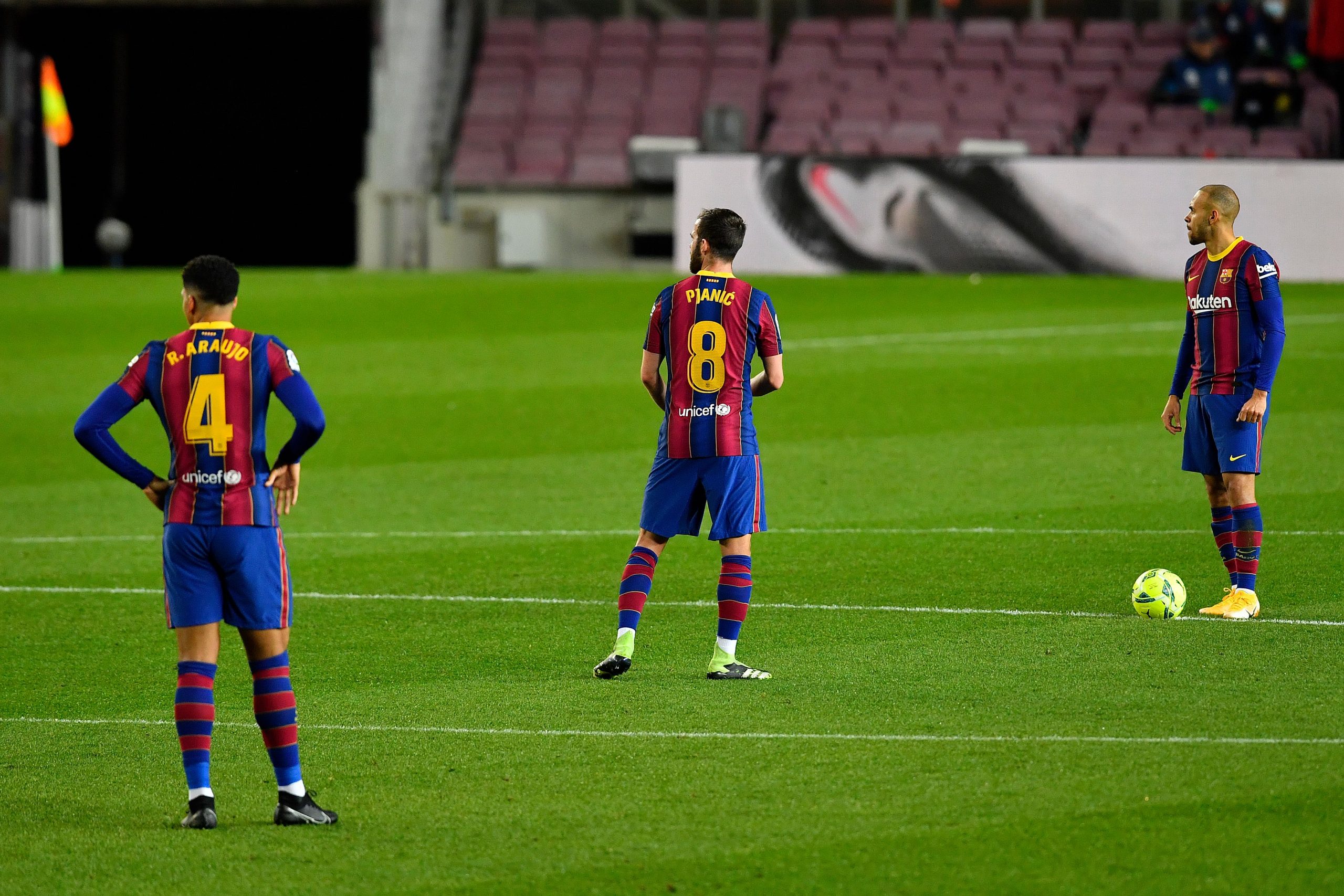 Barcelona’s luck with injuries never seems to last too long. The club confirmed that aside from Ronald Araujo, who picked up an ankle injury in the win against Real Betis in La Liga, three more players are struggling for fitness. They will all be unable to make the trip to Sevilla on Wednesday to for the Copa del Rey semi-final first leg.

Barcelona released a statement that confirmed Sergino Dest, Miralem Pjanic and Martin Braithwaite’s absences from the matchday squad. Right-back Dest still has right thigh discomfort, while Pjanic has mild problems with the left foot. Braithwaite has reportedly suffered from elongation in his right thigh adductor muscle as well.

Sergino Dest suffered from his first thigh injury at the tail end of January, which has since relapsed. With Ronald Araujo also sidelined for this game at the very least, Ronald Koeman now has very scarce options in defense against Sevilla. He only has Oscar Mingueza to deputise at right-back whereas he only has Frenchmen Samuel Umtiti and Clement Lenglet at his disposal in the center of defense. The task against Sevilla in the Copa del Rey semi-final will be a major one for Barcelona.

With the Champions League Round of 16 tie against PSG coming up next week, Barcelona will be hoping that the injury woes aren’t prolonged. Ronald Koeman spoke ahead of the match hinting that he will try and use whatever center-backs are at his disposal. However, Ronald Araujo says he is trying to speed up his recovery in order to be fit for the PSG clash.