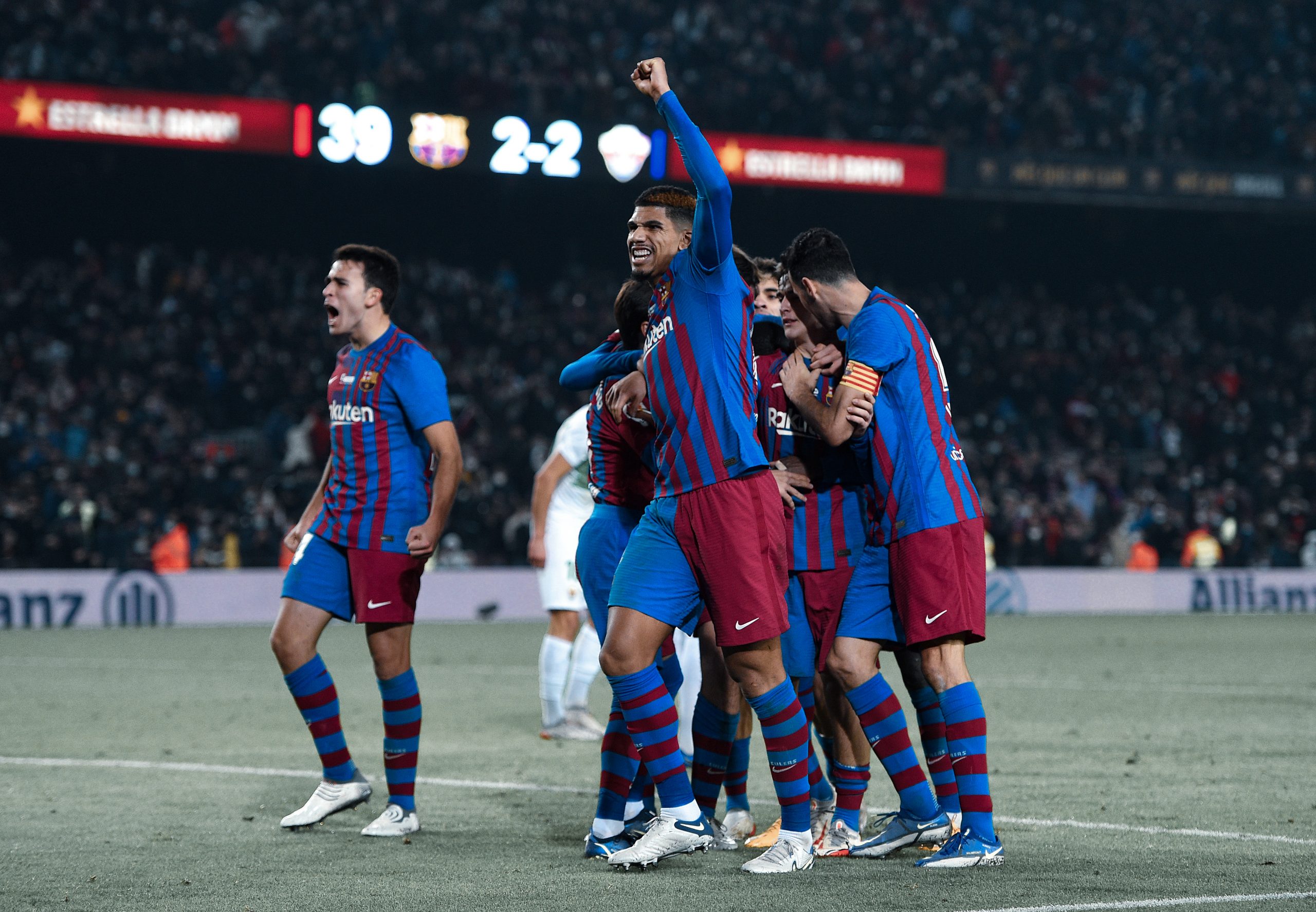 Nicolas Gonzalez, Gavi and Ferran Jutgla were at the helm of Barcelona’s late victory over Elche on Saturday. It was a match of twists and turns but ended with the tide in the Catalans’ favour.

Despite leading by two goals in the first half, Xavi’s side needed a late winner to take all three points from their opposition. Following the win, Barça Universal runs the rule over the main takeaways.

The number 9 in any team is the one who often receives the limelight. The striker is expected to be the biggest goalscoring resource for any team, and the same holds good for Barcelona. However, the role of a true striker does not end at tonking balls past the goalkeeper, more so at the Catalan club.

In addition to the universal duties of finishing chances, a Barcelona striker is expected to have a deep understanding of player movements. The ability to lure defenders and create spaces is what made Luis Suarez one of the greatest number 9’s in the club’s history. Needless to say, the side have desperately lacked the cutting edge in the final third since his departure.

Memphis Depay, Luuk de Jong are just some of the players who have been tried in the number nine role, but neither has convinced the manager as a true striker. Enter Ferran Jutgla.

In two starts, the forward has scored two goals for Barcelona, albeit one of them during a friendly. However, his intelligence in the final third comes as a signficant talking point.

The 22-year-old has proven to be a real menace in the box for the opposition. Jutgla’s runs between the lines have helped the midfielders’ movement near the box. Furthermore, his dynamic runs in the box always provided an outlet during the buildup as an advanced option.

Against Elche, the youngster showed it all. His run in between the lines helped Barcelona get an early goal that was later disallowed.

He scored a glorious header with ridiculous technique in the 16th minute before also being an essential part of Gavi’s goal. Regardless of whether he is a long term option or not, Jutgla is the perfect plug to Barcelona’s attacking hole.

Barcelona have been looking at their new signings for a long time now, in the hope of a sudden boost in performance. Frenkie de Jong, Ousmane Dembele and others have been far from their best in recent weeks. However, it is the young crop of graduates from the B team that have stepped up massively for the club.

Game after game, 17-year-old Gavi puts up a performance that leaves fans begging for more The youngster bleeds for the club, and his work rate has been beyond phenomenal. On Saturday, he was deployed in his optimal positions, and he did not disappoint. Gavi dictated the play in midfield and was the epicentre of every Barcelona buildup.

Meanwhile, Ferran Jutgla and Abde provided versatile options in the final third to break open the Elche defence. While the former did it by his movements and awareness, Abde was once again toying with defenders using his neat footwork.

Nico was benched for the game and came on late in the second half when the team was tied at 2-2. Just as he did against Osasuna, the 19-year-old came up with another brilliant finish to save the day.

Against Elche once again, the shot-stopper’s arms could not stop the ball twice in two minutes, both of which were reasonably close to his body.

Earlier this week, reports circulated that the German is a critical pillar in Xavi’s project and that he was untouchable.

However, displays like Saturday’s will surely creep doubts into the mind of the manager. Given ter Stegen’s decline in performance, Xavi could well be tempted to give Inaki Pena or Arnau Tenas a chance to impress.