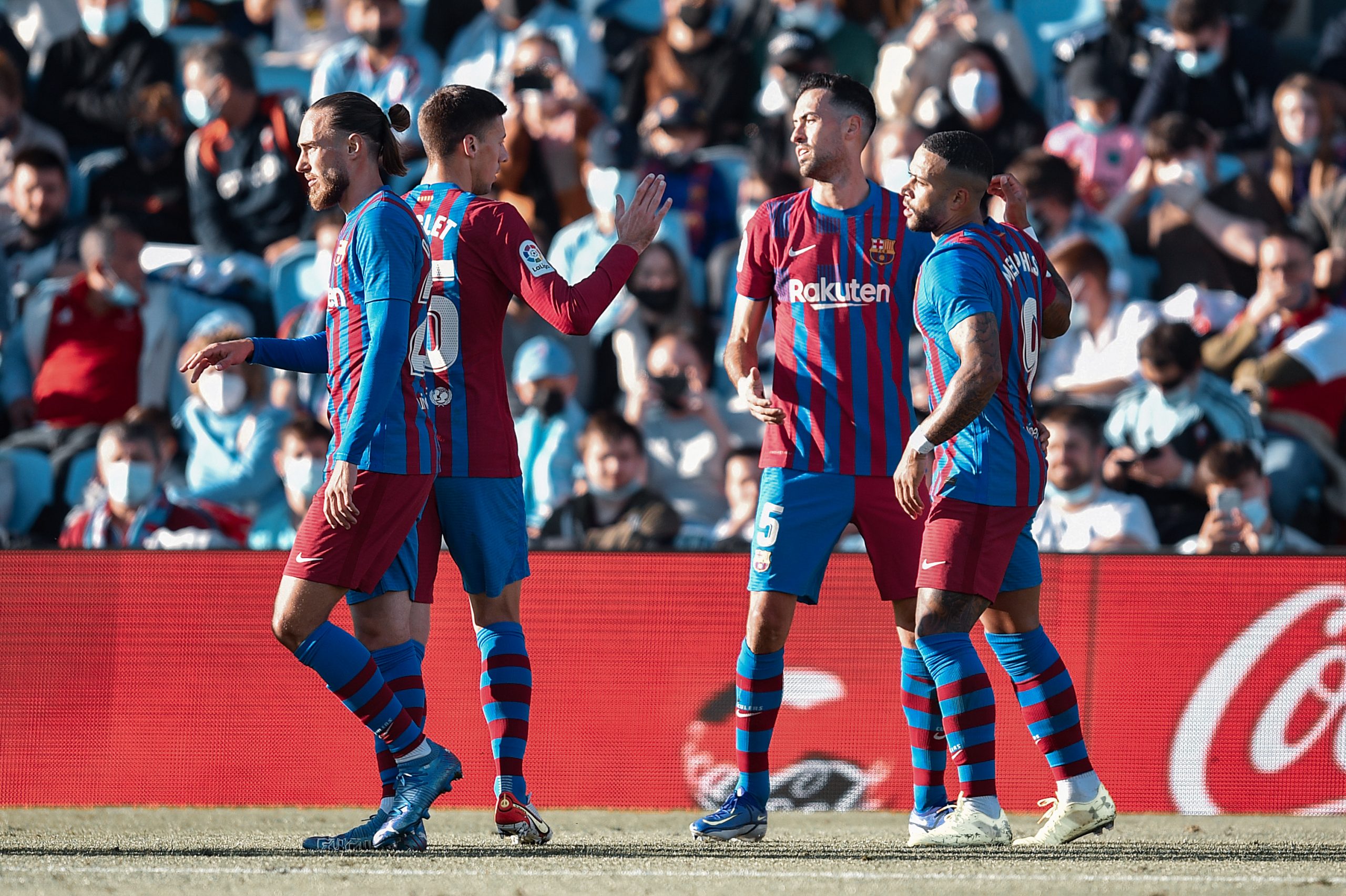 On his final day as interim manager, Sergi Barjuan’s Barcelona played a tough away game at Balaidos against Celta de Vigo. This has historically been a tricky fixture for the Catalans, who have only one victory in their past seven visits to the Galician side. This game extended the Blaugranas’ torrid run of form away from home, and against Celta as well.

In this article, join Barça Universal as we explore three lessons learnt from the sensational 3-3 draw at the Sky Blues’.

Going into this match, the Catalans already had to make a number of enforced changes to the team that beat Dynamo Kyiv in midweek. The Catalans lost veteran centre-back, Gerard Pique, through injury, as well as a recently recovered Ousmane Dembele. Both are set to return in the coming weeks.

With a staggering eight players already out through some form of injury absence, somehow, the numbers continue to pile up. Through their ill-fated luck, Barça lost Ansu Fati and Eric Garcia at halftime.

In the second period, one more player was added to the list. Nico Gonzalez, who easily was one of the best players on the field, came off around the 50th minute through the same.

This took the number of absentees heading into the international break to a staggering eleven. In fact, such is the gravity of the situation that, if one wanted, they could easily make an entire starting eleven with just injured players; and a reasonably good one at that.

At this point, it is unsure what is causing all these lesions in the team. All that is known is that Xavi Hernandez has one hell of a task to accomplish with regards to team fitness when he indeed arrives.

2. A feeble mentality costs the team on the road. Again.

The writing was on the wall for a Catalan victory as Barcelona visited Celta de Vigo in Galicia. This was a day that saw Xavi Hernandez appointed as Barcelona manager.

The best possible way for him to come into the club would have been with a victory against Celta, as it would ease his entry.

Barça needed not necessarily perform, as that was never expected of Sergi Barjuan in just ten days of coaching. What was expected, however, was a team capable of grinding out results.

The Blaugrana, clearly, are not that team. What many thought then to be a knock-on effect of Xavi’s arrival in the first half, quickly dissipated during the second.

As Frenkie De Jong put it in his presser: “I think in the second half we forgot how to play. We lacked personality.” That, right there, explains it all.

Barcelona were barely offensive in the first half, but their precision in front of the goal gave them a three-goal lead. In the second half, however, every single one of their principles was flung out the window.

Barcelona forgot that the best way to defend is to keep the ball. Ter Stegen, Jordi Alba, Clement Lenglet, Sergio Busquets, among others, never ceased to needlessly lose the ball when they needed it most.

This came at the cost of what should have been three easy points in the bag. This club knows, a bit too well, how to shoot itself in the foot.

In what has become a recurrent story since the arrival of Marc Andre ter Stegen, Iago Aspas scored against Barcelona. The Spanish international has been a thorn in his eye since his first full season in La Liga Santander back in 2016/17.

In his first game against the Celta number ten, he conceded two goals engineered by the Galician legend. The first of many.

The now renowned “Messi of Moana” has a knack at finding the back of the net, especially with Marc-Andre ter Stegen before his eyes.

In Barcelona’s last ten fixtures against the former Liverpool man, they have conceded eight goals. A man for the big occasions, there was perhaps nobody better to commence the comeback, and end it in the way that he did.

His threat in the game came from within ninety seconds of it starting. Barcelona opted for a rather high line in defence, and he capitalised on this to attack those spaces in behind. His initial effort went just marginally wide, but more was to come later.

In the second half, he scored an offside goal, but mere minutes later he rectified his error, smashing one past one of his favourite rivals.

As the game wore on, Celta needed a hero. The very fans who gave him a standing ovation ten minutes into the match were rewarded with one of his individual best finishes of all time.

Having received a pass from Javi Galan, on his brilliant left foot, and with the most Messi-esque of finishes, he had the ball glide right past ter Stegen’s far post, and firmly into the net. His celebrations earned him a yellow card, but he couldn’t care less after what he’d done.

Balaidos will forever continue to haunt Barcelona as long as Aspas dons the #10 for them. His stunning finish was his 108th goal in La Liga and fifth of the season. Much as Barça fans dread him, they have to accept brilliance when they see it.