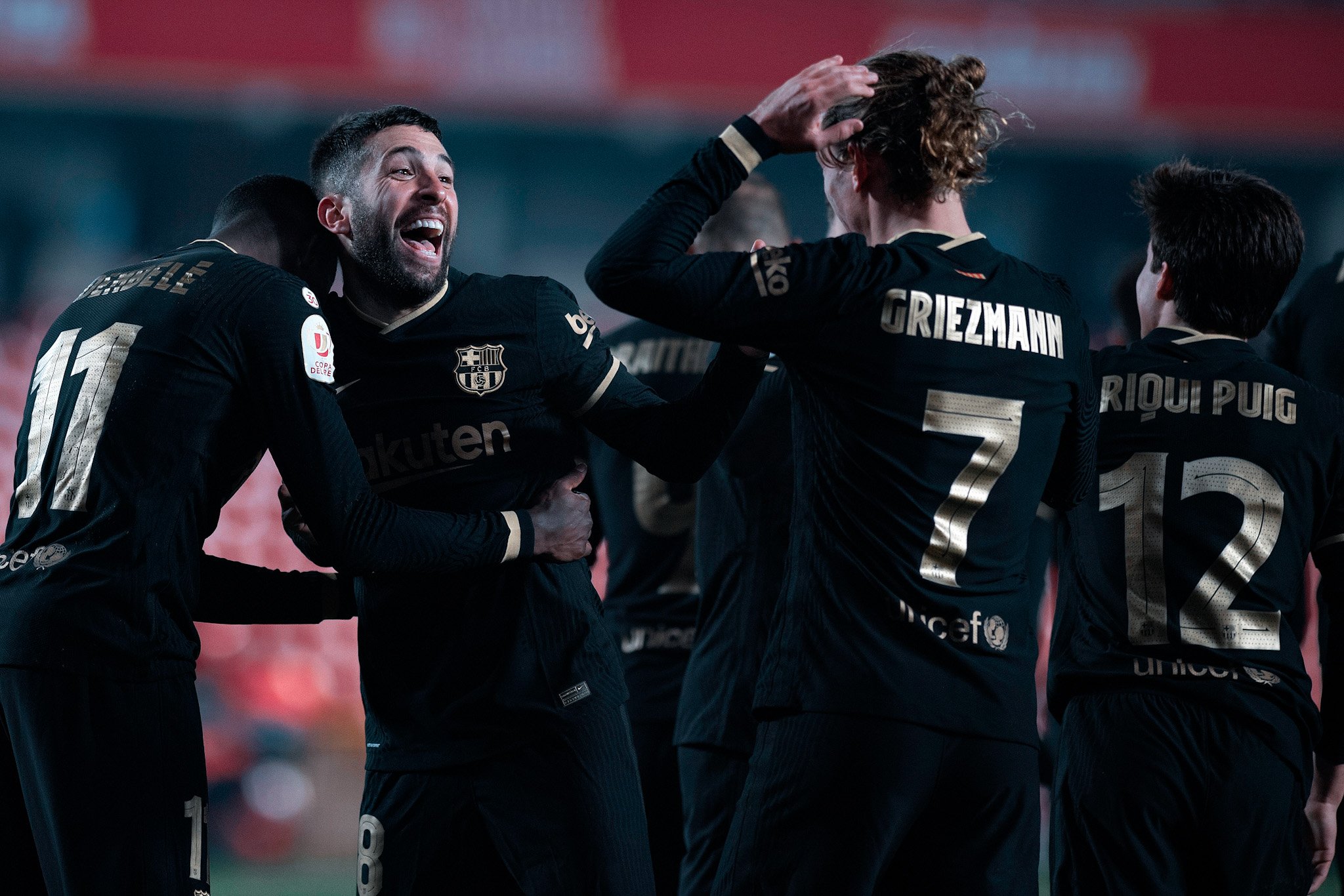 In what proved to be a blockbuster encounter against a gritty Granada side, the Catalans managed to seal a compelling 5-3 victory, securing their spot in the Copa Del Rey Semi-finals as well as continuing their red hot form in hostile territory.

While at one stage defeat seemed imminent and qualification a distant reality, Koeman’s men never backed down and showcased belief and perseverance, traits they had been lacking for ages. Barcauniversal takes a deep dive into three prominent takeaways from this enthralling encounter between two of Spain’s most reputable teams.

Barcelona have rekindled their belief

Barcelona’s transition was expected to be a bumpy road, and it undeniably has been a turbulent journey thus far. However, despite this odyssey possessing its fair share of setbacks, it’s safe to say the performance at the Los Carmenes brought back feelings of elation and joy for Culés, emotions they had been stripped off of for years. Moments like these have been scarcely seen over the last few years, and such a dominant victory after being 2-0 down in the 89th minute was an acceptable reimbursement for the humiliations Barça had suffered lately.

It wouldn’t be a far fetch to claim that the trophies aren’t yet guaranteed. In fact, one can argue the Blaugranas are far from being prominent contenders in any of the competitions they are currently competing for, but there’s that special something about this team that spectators have not seen in ages. Yes, Messi is still the reason Barça’s plays in attack hold meaning. Yes, this defense is still shaky and error-prone. Yes, there is much left to be achieved if we desire to compete with Europe’s elite.

But, what this current team has over its predecessors is conviction. As broad as the word may seem, it’s an attribute 2021 Barcelona has grasped like none other. Ronald Koeman has moulded a side of winners, and this is undoubtedly a huge benefit of having a club legend, who has experienced similar situations on the field and gone through such circumstances. While he may be considered tactically inept or oftentimes a stubborn individual, the Dutchman is recovering this squad’s mental fortitude effectively, picking up the fragmented pieces and aligning them together.

Having a side filled with young players obviously deprives the team of some much-needed experience, yet it promises so much energy and passion. Players like Riqui Puig, Ousmane Dembélé, Sergiño Dest, Pedri, Trincão highlighted that their energy is utterly unmatched and transmits to the seniors. Watching the youthful and zestful players of the club put up such a fight ignites flair in the hearts of those who may have lost their charm. Jordi Alba could be a prime example. How often is it that one gets to see the Spaniard step up in such pressure moments?

Griezmann’s grievances are no more

Consistency has been an element unheard of during Griezmann’s time at Barcelona. Oftentimes promising displays are marred with major setbacks. However, at long last, 2021 seems to be favouring the fortuneless Frenchman, with the former Atletico sensation already accumulating 13 goal contributions in 9 matches.

His recent form in front of goal is simply the consequence of his selfless nature and comprehensive efforts on the field. The goals Griezmann is scoring aren’t masking his poor displays; but rather the reward for being the technically astute player he is off the ball.

After bagging a blistering brace against Athletic Bilbao in the Supercup final, the number 7 proved that he is capable of turning up on the big occasions and that he is a born winner, standing a cut above his peers in terms of mentality. Nonetheless, even despite his side letting him down in the finals, Griezmann still did not resort to excuses, simply continuing his vicious form.

Griezmann came in clutch against Granada in the dying embers of the game, scoring twice and assisting twice as well. His desire for success, refusal to go out with a loss and intelligence on the field remained utterly unmatched. As he situated himself in fruitful areas and linked ever so smoothly with his partners in crime, the Andalusian side once again suffered at the hands of the menacing man.

The Frenchman has developed himself into a street smart striker, who particularly is tasked to drift out on the left wing to utilize any space that the defense offers, as Griezmann’s adaptation in a much different role highlights his flexible nature. His efficiency in the final third again paid Barça dividends as the 29-year-old has finally turned over a new leaf. This is a brand new chapter in Griezmann’s career and it’s safe to say it’s going incredibly well.

Barcelona’s substitutions proved to be pivotal

Up until the hour mark, there was clear desperation for goals, but all that assertion in possession, dominance in pressing and coherence in positioning failed to translate into goals. While the substitutes did not exactly contribute directly to the scoreline, their presence impacted Barcelona exceptionally.

Riqui Puig, Ousmane Dembélé and Sergiño Dest – in particular – proved to be influential figures on the field as their explosiveness and quick thinking in possession invariably kept the hosts at their tiptoes. Granada were left chasing shadows as the likes of Dembouz ran straight at the defense and Puig located players with maturity. Their flair and desire was simply too much to handle for a worn-out Granada defense, which was particularly seen in extra time as quick one-twos from the midfield sliced open the opposition’s defense.

Had Koeman not taken the responsibility of substituting players when there was still ample time left in the encounter, it’s hard to predict whether the game would have been stretched out to extra time. Effective usage of substitutions was a testament that Ronald Koeman continues to improve from his errors and is building a solid foundation.