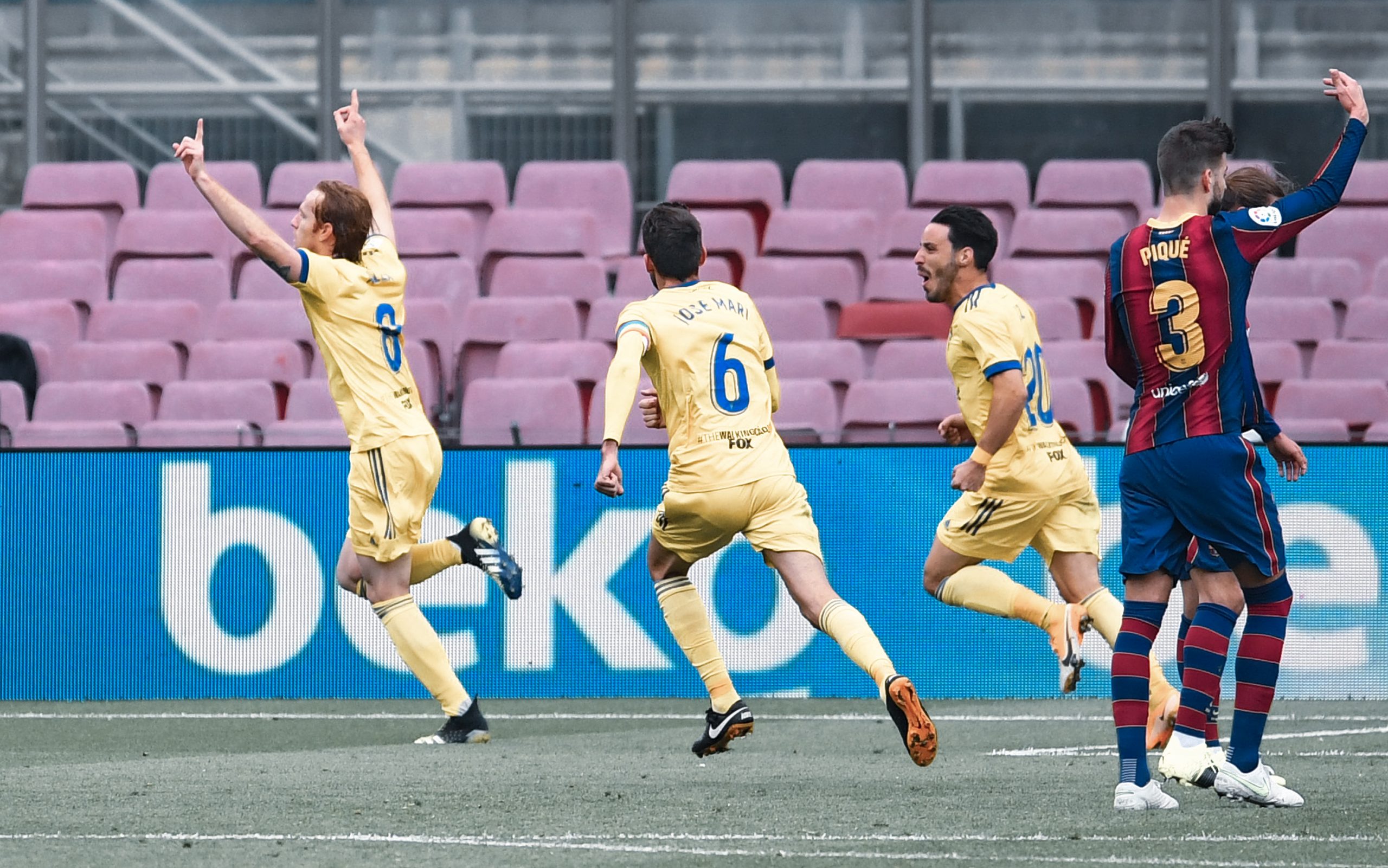 Despite playing at the Camp Nou and Atletico Madrid finally dropping points, Barcelona failed to take advantage of this rare opportunity, floundering cheaply when it truly mattered. Drawing against 16th placed Cadiz, the Catalan giants struggled to avenge their loss against the visitors in the reverse fixture and gave a dissatisfactory response to the 4-1 drubbing they suffered against PSG just a few days ago.

The season is long and as devotees of the beautiful game, giving up is never an option. Nonetheless, the club continues to pour acid on its pre-existing wounds as there are currently no signs of light at the end of this gloomy tunnel.

Looking at the stat sheets and having a peek at the amount of possession as well as the shots that Barça had, one would naturally conclude that the Blaugranas had an extraordinary performance, with poor finishing the only thorn in the side. However, this was certainly not the case.

The problem with Barça proved to be a lack of versatility in the way they attacked. In some matches, they tend to utilize the left flank to break down stiff low blocks, but on this particular occasion, against Cadiz, Ronald Koeman’s men were far too focused on building plays from the right flank in the offence. Albeit Dembélé and Dest combined for some sublime link-up plays, they failed to create clear cut chances for their teammates while the Frenchman’s finishing was also mediocre. Oftentimes Jordi Alba’s overlapping runs were ignored and misjudged.

Another glaring issue with the Catalans was that they struggled with the liquefied link-up plays in central areas of the Final Third. Considering the visitors sat back and soaked up the pressure, the movement of the ball and rhythm was inarguably slower than usual, a testament to the club’s loss in motivation. As was seen in the clash, it was mainly Messi and Pedri’s sleek combinations that led to some degree of penetration through the centre. Other than the duo, there were no signs of any alternation of roles, and players looked inflexible on the pitch, completely contradictory to the game against Alavés.

Furthermore, a pivotal reason ended up being a lack of conviction in possession. It is always wise to control the possession charts and maintain an imposing figure on the ball. Still, there are likely not going to be any major benefits, if the club plays with unnecessary caution and do not trust the defence. Playing high voltage football is bound to leave the back-line exposed on the counter; this lack of belief between departments and minimal interdependence – which the PSG defeat surely must have impacted – proved to be a critical factor in the Catalans’ pragmatic approach.

He creates, he scores, he does it all. There is no match to the Argentine king and on innumerable occasions, has Messi proven to be the defining factor in a disjointed Barcelona team. However, there is also no arguing with the fact that Messi’s talents are being wasted in the closing stages of his career. By the end of the game, when the whistle is blown, and Barcelona depart the field with head in hands, Messi is obliged to pay the price for playing at a club that constantly lets him down, with his genius being misused and superpowers taken for granted.

After a 4-1 pummeling at the hands of PSG in the Champions League mid-week, the level of optimism amongst the community was certainly dwindling. While the belief Barça had generated had instantly fizzled away in the blink of an eye, the encounter against Cádiz offered the team a new lease of life, an opportunity to prove that Messi’s services were not being wasted. Woefully, that was not the case.

In an insipid first half where Barça struggled to carve open Cádiz’s rigid low block, Lionel’s picture-perfect penalty was the only goal separating the two sides, who looked as calm as a Persian cat slumbering. He was always looking to create chances, dribbled past players as if they were mere training dummies and created chances whenever an opening arrived. After proceedings, as the El Submarino abandoned their incredibly compact low-block, the Catalans simply failed to take their chances.

Dembélé and various other individuals may have looked electric on the field, but their energy came to no fruition, with nobody able to find the back of the net. With 2 key assists to his name and a lively exhibition, Messi was worthy of far better. Even so, Barça appear to be devaluing their captain time and time again as he proceeds to be a one-man army.

The very same team that conceded 4 goals to PSG, was humiliated at home soil and made a mockery of the club’s values was started against Cádiz in what undeniably appeared to be a perplexing decision from Ronald Koeman. Usually, in such cases, a manager is keen to integrate fresh blood or allow those deserving of a chance to prove their worth. However, in Koeman’s case, his stubborn nature eventually prevailed.

While Barça have finally found their go-to XI, players whom they can rely on, there are bucketloads of players waiting in line, anxious to give the starters a run for their money. The likes of Fransisco Trincão, Riqui Puig, and even Umtiti had, at the very least, earned the right to show why it was their time to shine. Unfortunately, in Koeman’s eyes, playing a team that had been traumatized by the Parisians just a few days later seemed more feasible as the talented bench of Barcelona was left out in a rather bizarre opportunity cost.

Ousmane Dembélé ran rings around the opposition and put his explosive profile on display, but his finishing was subpar and subsequently played a huge role in a dreary draw at the Camp Nou. Trincão, on the other hand, had scored three goals in his last two La Liga appearances. It’s safe to assume a man brimming in confidence would have savoured the occasion and been a lot more clinical in the final third, as compared to Dembélé, who looked like a lost cause in the final third.

Additionally, Riqui Puig, who was a breath of fresh air against Alavés, was left out. A midfield devoid of spark and imagination direly required his charismatic presence, someone who could play between the lines, rotate roles frequently and locate players with inch-perfect passes. Lastly, Clement Lenglet, who was majorly responsible for the brutalizing Barça, suffered mid-week, shamelessly continued to feature in the XI. His lapse in concentration in the dying embers of the game ensured Cádiz secured a point and just begged the question: what was the reasoning behind his inclusion?

Apparently, the Dutch coach turned his back on the concept of giving chances to players on merit, as was visible in the line-up.