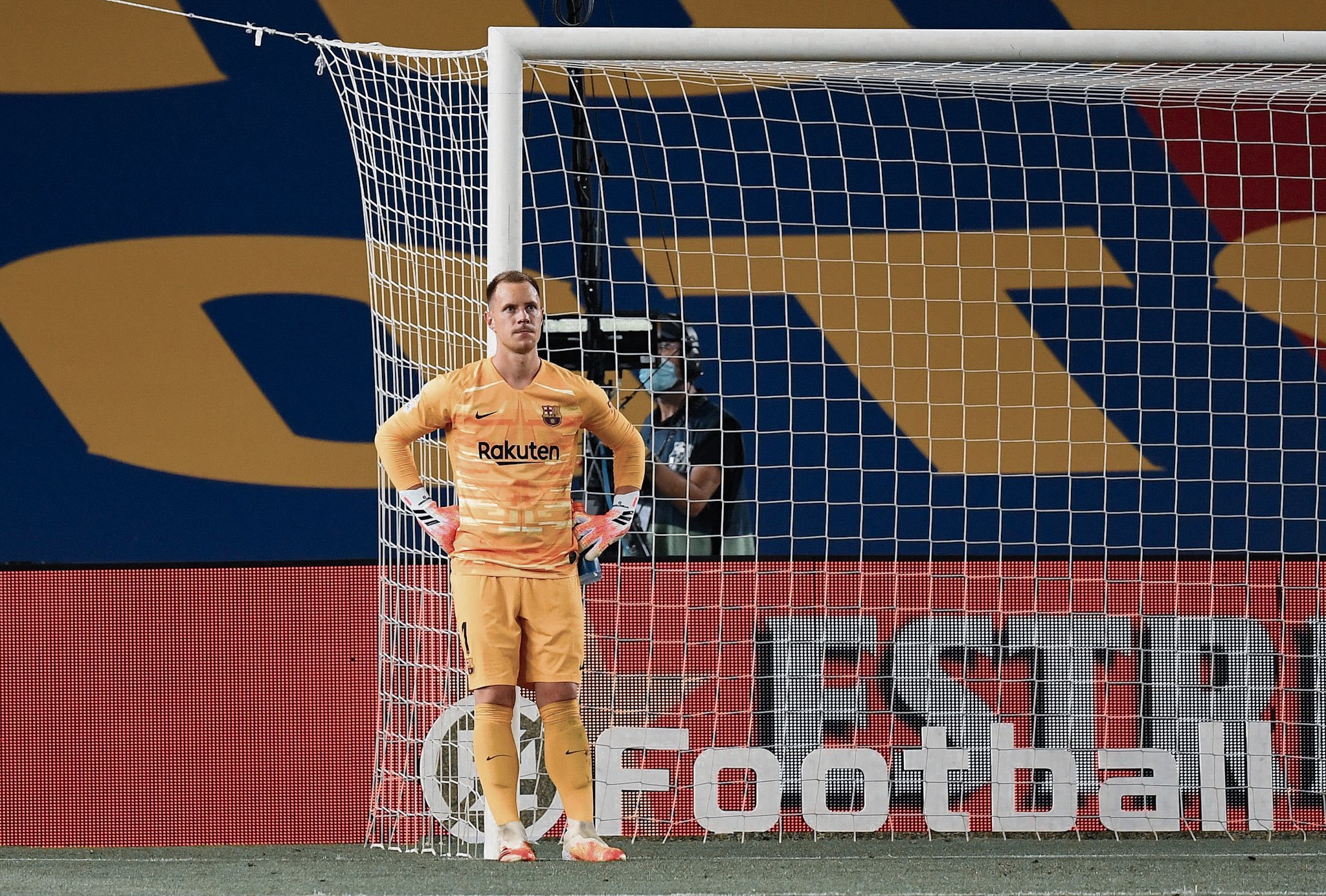 The goalkeeper position is one of the most coveted in modern football. See, each team plays in a much more distinct way than the other one that they need a keeper tailor-made for their style. For example, if Pep Guardiola manages your squad; he’ll seek for a keeper who is as good with his feet than with his hand, hence Ederson.

During his tenure as Barcelona president, Josep Maria Bartomeu has – for the most part – failed to sign players that have left a mark at Camp Nou. From André Gomes to Thomas Vermaelen, passing by Nélson Semedo and Douglas, Bartomeu has bought some deadwood to a squad that has been depleted of its most legendary components in Dani Alves, Andrés Iniesta, Carles Puyol or Xavi Hernández.

However, credit where credit is due, the one time the Spanish entrepreneur did decent business was in 2014. After a disastrous 2013/14 season, that ended without any trophies to show, Bartomeu dug deep in the transfer market and brought two goalkeepers to compensate for Victor Valdés’ departure and a few more great additions in the form of Ivan Rakitic, Jérémy Mathieu, and Luis Suarez. The two goalkeepers were Marc-André Ter Stegen and Claudio Bravo. While the Chilean did great at Camp Nou, he left and opened the door for the German to become the number one.

Now, after six years at Camp Nou, Ter Stegen is set to renew his contract, one that could make him the highest-paid goalkeeper in the world, but what if he doesn’t? With Barcelona losing a significant amount of money in recent years, however, it might not be feasible, paving his departure from the club. Barca Universal takes a look at this hypothetical scenario, analysing three replacement for ter Stegen.

With David de Gea and Kepa Arrizabalaga performing much below their capabilities in the recent past, Spain could have headed into trouble for the upcoming Euros. However, if push comes to shove, the answer lies in the Basque region, where goalkeepers such as Andoni Zubizarreta have guided the nets for the Spanish national team and Barcelona.

Unai Simón’s rise from Kepa Arizzabalaga’s number two to stardom has been sensational. The Basque goalkeeper has made Alex Remiro, another great up and coming Basque keeper, flee from San Mamés to the Anoeta as Simón was simply too talented to dethrone.

A superb shot-stopper, Simón is inarguably the best Spanish keeper at the moment. One of his best games for his boyhood club, one that would give the best perspective of Simón’s ability, came against Real Betis after the lockdown in June. In that game, saving multiple shots, most of them from close range, especially as Betis started attacking more. He frustrated Nabil Fékir to death and kept Borja Iglesias quiet, saving, with a last-ditch attempt, the former Espanyol marksman’s chip shot.

Although Unai isn’t as generous with his feet as ter Stegen, he would still be a safe option for Barcelona, who need a keeper that can come up clutch with stopping shots. Also, Barça’s recent domination of the ball under Ronald Koeman would mean that Simón wouldn’t have to worry as much about the ball being at his feet as ter Stegen when Ernesto Valverde was in charge.

However, the big problem would still be the price, as Simón’s most recent contact does not include a release clause. After being called up to the Spanish national team in multiple breaks, Athletic Bilbao could raise their asking price. Ter Stegen leaving, though, could alleviate the fee as the German is one of the best, and highest-paid keepers in the world. Signing Unai Simón to be number one is a no-brainer for any team in need of a keeper.

Onana is one of the most rounded keepers in the world. (Photo by Manuel Queimadelos Alonso/Getty Images)

As the second candidate, Barcelona could go to Amsterdam to get back a former young star of theirs. André Onana, one of the most rounded keepers in world football presently, has not gone unnoticed in Ajax’s recent rise to Dutch dominance.

From this golden generation, Ajax have seen Onana’s partners in Hakim Ziyech, Donny Van De Beek, Frenkie de Jong and Matthijs de Ligt all depart for bigger things. The African star, too, was close to departing a few years ago, but the transfer fell through because, in his own words, the sports director of the said team thought having a black goalkeeper at the club would be complicated.

Onana was a Blaugrana before departing for Ajax a few years ago. Since then, the keeper has gone from strength to strength to achieve the world-class status he’s at right now. A superb shot-stopper who also knows how to use his feet, as he was taught in Barcelona, he could be proud of his recent performances and the fact he was linked with many sides in the past.

In an interview in 2019, Onana stated that the Catalan team will always be his home and this could open the door for a transfer. Barcelona’s relationship with Ajax is well known to all, with Sergiño Dest’s transfer being the latest example, and it might help to sweeten the transfer fee the Dutch side would demand from any other club. A reliable option with a solid CV, André Onana should be one of the front-runners to replace Ter Stegen if he ever decides to pack his bags.

Remiro has already put in multiple clutch performances for Real Sociedad, despite being there for one season. (Photo by LLUIS GENE/AFP via Getty Images)

The third candidate on that list is also one of the best keepers in the La Liga – Álex Remiro. As mentioned, Simón kept Remiro out of the squad at Athletic Bilbao, which is when Remiro had to leave for their Basque brothers, Real Sociedad, at the start of last season.

Apart from a below-par run of form the whole Sociedad squad after lockdown last year, Remiro has been nothing short of sensational at Anoeta. He also showed a bizarre level of display with Huesca, helping them gain promotion in 2018.

Capable with his feet, a non-negotiable criterion for a Culé keeper, Remiro is also one heck of a shot-stopper. He has continued to show this in his start to the new season, where he’s been one of his team’s only bright spots.

Remiro has already kept three clean sheets in five La Liga games – half as many as he had last year. Of those three clean sheets, we can cherry-pick the one against Real Madrid, which also stands as proof that he can keep his composure against some of the best.

It’s also worth mentioning that Real Sociedad aren’t the most rock-solid side in defence and Remiro while being impressive, has not helped his team’s lack of concentration, nor has he been vocal enough to organise the defence.

Real Sociedad also lost Diego Llorente, one of their best centre-backs, to Leeds, making the three clean sheets Remiro has registered much more impressive. Sociedad’s price wouldn’t be as high as the two other keepers we have mentioned, as he’s not as highly thought of as Unai Simón is in Spain, for example. Remiro, being a less-known name for many fans, could resemble a ter Stegen signing. A young and impressive keeper signing for a reasonable price for Barça to help them forget about their losses.