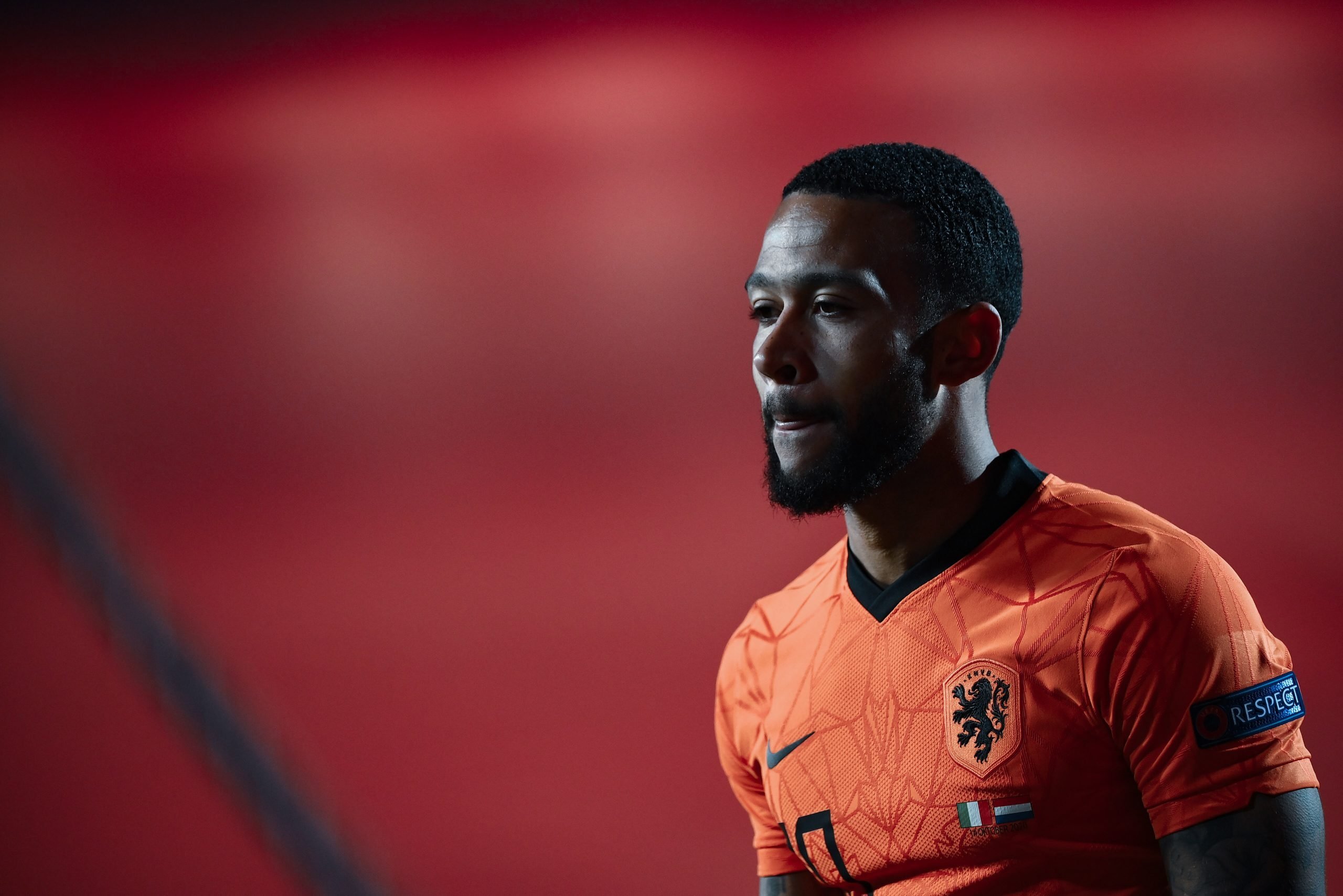 Memphis Depay, while still an option, might end up as nothing but another story of ‘what could have been’. Barça Universal takes a look at three options who the club can pursue instead of the Dutchman.

The 2020-21 season under Ronald Koeman is well and truly underway. Barcelona have begun their run in two competitions so far, having played four games in the League and the lone game against Ferencvaros in the Champions League. The start has been rocky, but promising.

A renewed squad has brought some much-needed revitalisation in the side. However, there is one department where the team have clearly lacked: centre-forward. The departure of Luis Suarez was undoubtedly needed, but it necessitated a backup in place. Having failed to acquire the services of Memphis Depay in the recent transfer window, the Blaugrana have struggled in the absence of a striker, often leaving a gaping hole ahead of the opposition backline.

? — Koeman: “I don’t have the power to sign Depay, it depends on the club. All I can do is wait. We wanted Memphis because he is a great player and has qualities that, in my opinion, we lack like depth in our attack.” pic.twitter.com/vpshfDApFP

Culés over the last few seasons have been accustomed to the managers playing down any rumours of transfers. Any questions on potential signings brought out the cliched response: “We do not talk about players of other clubs”. Koeman’s press conferences are a sudden whiff of fresh air. He is a man who is blunt to the press and speaks without riddles. He has made it clear on multiple occasions that he desires the services of Memphis Depay to rejuvenate the #9 role.

With the club in an unpleasant position financially, here are three possible alternatives that Barcelona can eye in the upcoming window, who may fit the profile better than Depay.

Note: The criteria we are using is based on financial terms alone. All options listed could be available for less than €25 million in the next two windows – i.e. if the respective club is ready to sell.

Daka is a baller; and he proves it every match. (Photo by Adam Pretty/Getty Images)

The stocks of Red Bulls Salzburg have been on the constant rise. They are slowly, yet convincingly establishing themselves as a hub the nurtures some of the finest talents in Europe.

One of the clubs recent successes, Erling Haaland, has set the world ablaze at Borussia Dortmund. And since the Norweigan’s departure, a young 22-year-old has taken over the goal-scoring reigns. Presenting, Patson Daka.

In 2019-20, Daka found the back of the net 24 times in just 31 league games. His six assists further enhance the stats, considering that the Zambian started only 21 games.

His fearlessness and spatial awareness make him a massive asset. While his finishing prowess is conspicuous, he also possesses great skill with off the ball moments. The youngster has taken 48% of his shots with his right boot, and close to 40% with the left. This ambidexterity is a rare and valued skill that very few strikers possess.

Last season, Patson outperformed his xG tally by 6.48, also averaging the highest xG per 90(0.79). A conversion rate of 30% at the age of 22 is more than what one could dream of. However, in addition to his crude finishing, Daka’s ability to create chances is what makes him a viable option for Barcelona. This is exemplified in his 0.86 key passes per game. Patson Daka is certainly one for the Barcelona scouts to fix their eyes on.

Edouard is the perfect blend of top-notch technical and physical prowess. (Photo by Ian MacNicol/Getty Images)

Odsonne Edouard is a product of Paris Saint-Germain’s youth academy who has made a case himself to be considered amongst the creme-de-la-creme of Europe’s pedigree. The youngster currently plays in the Scottish Premiership for the champions Celtic, ending the COVID curtailed 2019-20 season as the top scorer with 20 goals in just 24 starts.

Edouard is not just a finisher but a well-rounded player. The goals flow freely from the Frenchman as long as he is provided with the right service. The 22-year-old outscored his xG by 5.08 in the last season with 40% shots on target. However, even with the goals removed, Edouard is a sensational asset.

His dribbling prowess is matched by few, with a staggering 7.17 dribbles per 90. In the air, the Frenchman provides a potent threat with his physique and height. The statistics speak for themselves; 3.9 aerial duels per 90, winning 40% of them.

He also finds himself amongst the very top players with close to 6.5 touches in the box and two progressive runs per 90, a profile that the Catalans require so desperately. His move to a top club is just around the corner, and Camp Nou might end up as a win-win situation for all parties involved.

There is work to be done with Morelos, but with the right guidance, there is nothing stopping him. (Photo by Ian MacNicol/Getty Images)

The Rangers #20 – Alfredo Morelos – takes the third and final spot in this list of potential targets for Barcelona. His finishing trade is nowhere close to the aforementioned two. That said, what makes him a great choice for Barcelona, however, is his heavy involvement in the buildup, as seen in his 17.9 off the ball actions per 90.

He is a massive part of the Rangers team that finally looks ready to displace Celtic from the top spot. He ended the last season with 12 goals in 18 starts. Despite having one of the highest xG per 90(0.75 per 90), his conversion rate is staggeringly low. At the young age of 24, he still has considerable time to mend his flaws, though.

The Colombian averages 5.63 shots per 90 and is also well equipped in dribbling. The talent is there, however it requires the right investment. His days in Scotland seem to be numbered. With Barcelona too looking at a long term project, an investment of less than €20M may be a gamble worth taking.

Going by Ronald Koeman’s words, the Memphis Depay to Barcelona deal only seems to be a matter of time, and the likelihood of the former Manchester United man coming to the camp now increases with every passing second. Nevertheless, the club should consider other economic investments that may give a bigger long term influence, while acting as a pure no. 9 that Barça crave for. Patson Daka, Odsonne Edouard and Alfredo Morelos are just three of the countless young talents out there. Which direction will this board take?