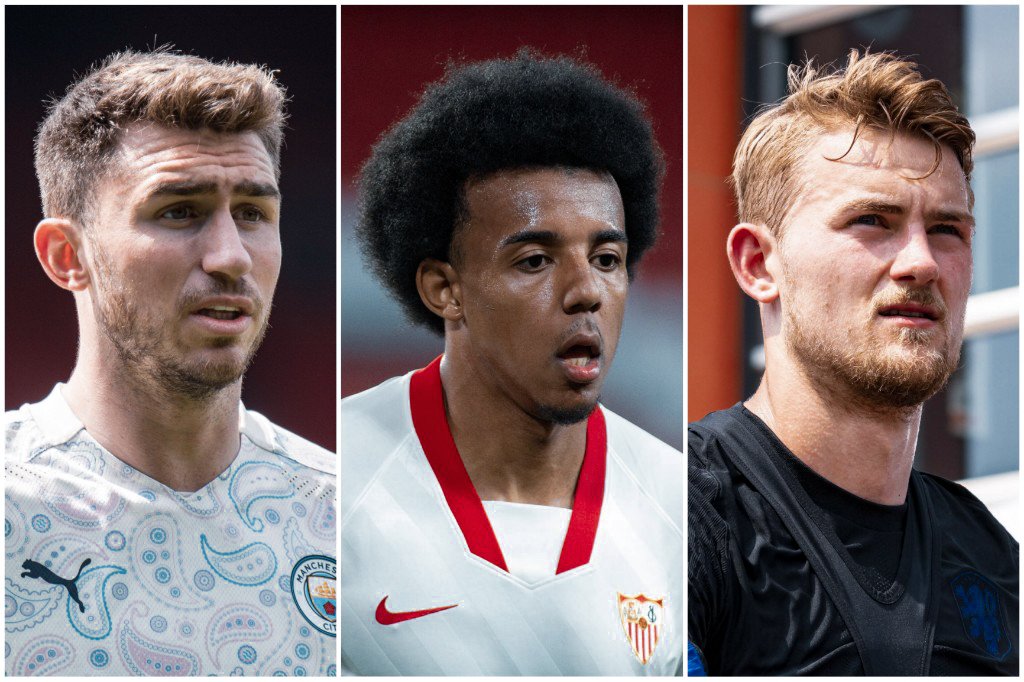 Preventing the opponent from scoring a goal is just as imperative as actually scoring a goal. Football isn’t a game that is decided by the attackers. The defenders are just as, if not more, important. In recent years, Barcelona has been disastrous in Europe, and while the factors that have led to this are plentiful, the lack of quality centre-backs is quite possibly the most prominent one.

Gerard Pique is a Barcelona legend and one of the most decorated centre-backs of all time. However, it is no secret that his age has caught up to him. Three years ago, Samuel Umtiti was a quality player in the making, but following a series of injuries, the Frenchman is a shadow of his former self.

The other Frenchman in defence, Clement Lenglet, isn’t the worst centre-back in the world, but at the same time, he simply does not have the quality to lead Barcelona’s defensive line. Finally, Ronald Araujo, Barcelona’s Uruguayan gem, has shown a lot of promise, but given that Barcelona are hoping to reclaim their title as the ‘best club in the world’, can they place all of their hopes on a young prospect?

Time and time again, the Barcelona management have repeated the same mistake: prioritizing signing attackers instead of quality centre-backs. With Joan Laporta at the helm once again, there have been many reports that Barça are finally looking at their backline. Perhaps this will be the turning point in the Catalan club’s recent downwards trajectory. We look at three players that Barça should consider for this role in the upcoming transfer window.

Aymeric Laporte, at his best, is one of the finest centre-backs in the world. The Spaniard has been absolutely pivotal in Manchester City’s domestic domination over the last half a decade.

Laporte’s statistics in the Premier League are breathtaking. In his 75 appearances, City has won 62 times. The Spaniard has kept 32 clean sheets, which is a game to clean sheet ratio of 1:0.43. This ratio is quite impressive in a league as competitive as the Premier League.

Laporte also has 175 clearances, 104 headed clearances, 408 recoveries, 291 duels won and 0 errors leading to goals. A player who is excellent at heading and doesn’t make mistakes is exactly what Barcelona has been missing.

A Barça centre-half has more responsibilities than just defending. They must actively be part of the build-up. Barcelona play out from the back and so it is the centre-backs who initiate the sequence.

As one of the best ball-playing defenders in the world, he has this aspect more than covered. In the Premier League, the Spaniard averages 83 passes per game and has recorded 321 accurate longballs. He is also excellent at picking out the perfect pass while being pressured.

Not to forget, being left-footed means he automatically slots in alongside Araujo or Oscar Mingueza, replacing Clement Lenglet in the setup.

In spite of how great the former Athletic Bilbao defender has been in the Premier League, it is no secret that he has been quite shaky in the Champions League. The Spaniard made costly mistakes versus Tottenham Hotspur in the 2018/19 season and against Olympique Lyonnais in the 19/20 season. However, two lapses in concentration aren’t significant enough to nullify Laporte’s overall quality.

According to many reports, Laporte is on the market. Following his injury, he lost his spot in the first team to John Stones. With Manchester City looking to generate revenue from sales and with Laporte being frustrated with his lack of playing time, this might be the best time for Barcelona to pursue the world-class defender.

That said, he would not be cheap. Barcelona can and should try to cheapen the deal by including a player like Sergi Roberto, who Manchester City have shown interest in. At the age of 27, Laporte is at his absolute prime and would instantly rejuvenate Barcelona’s defence.

Once in a while, a player who is fated to play for Barcelona comes around. Cesc Fabregas, Marc-Andre ter Stegen, Frenkie de Jong all got the same treatment.

Matthijs de Ligt is one of those players. The Dutchman is one of the best centre-backs in the world at just 21. The 2019 summer saga ended with de Ligt moving to Juventus, however, his agent made sure to include a release clause in the contract hinting at the fact that de Ligt did not want to be in Turin for a really long time.

Barcelona are apparently tracking him, and de Ligt has hinted about a preference for Barcelona in an interview while with the Netherlands national team.

De Ligt is strong, fast and he has excellent technical ability. He averages around 2.3 clearances and 1.4 tackles per game. The lack of tackles is a testament to his excellent positioning and ability to anticipate the movement of the attacker. Over the last few years, the youngster has pocketed some of the best attackers in the world, including now-teammate Cristiano Ronaldo.

His ability to dominate in the air is immense, and it is infrequent for him to miss a header. Moreover, the 21-year-old is a great passer of the ball and so would be able to help the team build from the back. Currently, he averages 66 passes per game and boasts an impressive 92.4% pass success percentage.

De Ligt’s leadership is just as impressive as his defensive skills. He is constantly seen organizing the defence and giving orders to his teammates. At the age of 19, he captained the 18/19 Ajax side to the Champions League semi-final, and if not for a moment of magic, he could have been the youngest captain to ever feature in a Champions League final.

In recent years, Barcelona has lacked leadership at the back, and the defenders are often caught being distracted and unfocused. The Dutchman could immediately change that, and he would most likely be the prime candidate to take up Barcelona’s captaincy in the long term.

The only obstacle between Barcelona and Matthijs de Ligt is his heavy price tag. He still has 3 years on his contract, and his release clause is rumoured to be in the region of €150 million. Barcelona could try to sweeten the price tag by including Ousmane Dembele in the deal. However, things could get really complicated. Furthermore, de Ligt playing for Barcelona at some point in time is inevitable, and so that makes us wonder if breaking the bank for him right now is really worth it.

A 22-year-old Jules Kounde has emerged as not only one of the best centre-backs in La Liga but Europe. Sevilla purchased the Frenchman in 2019, and since his arrival, Kounde has been a blessing for the Spanish club. In the 19/20 season, Kounde led Sevilla to their 6th Europa League, and in the 20/21 season, the Frenchman spearheaded the defence of a Sevilla that participated in a title race but ended up finishing fourth.

Kounde boasts excellent technical abilities. As a matter of fact, he scored a splendid solo goal versus Barcelona in the Copa del Rey. He has a pass completion success rate of 90% and makes 3.92 progressive passes per game (84th percentile vs centre-backs) and 5.3 progressive carries per game (92nd percentile vs centre-backs). He would fit in like a glove in Barcelona’s system.

This season, in the league, Kounde averaged one tackle, seven pressures, 1.3 blocks, 1.3 interceptions, and 4.23 clearances per 90. Additionally, the young-gun made no errors per 90. In terms of his physical ability, Kounde is strong and fast, however, at 1.78 meters tall, the Frenchman may not sound like an ideal centre-back in terms of dominating in the air. In spite of this, Kounde has been decent when it comes to heading.

Out of all the three options, Jules Kounde would most likely be the cheapest. According to reports, Sevilla has priced him at €60 million, and after negotiations, that price could come down.

The Frenchman has spent two complete seasons in La Liga and should be well accustomed to Spanish football. At 22, Kounde has a decade of football, at the very least, left in his locker and still has a lot of potential to grow. Even though he is an excellent prospect, he does not have the same achievements and credentials as Matthijs de Ligt, and so Kounde’s case becomes similar to Ronald Araujo’s, where we must question if it is prudent for Barcelona to place all hopes on a defensive prospect.

Given Barcelona’s debt situation, it is highly likely that the club might suspend the addition of another centre-back to next summer. Eric Garcia has already joined the club on a free transfer, and the Spaniard is a prime case of a low-risk high-reward signing.

However, if Barcelona do end up signing a top centre-back (preferably one from the three listed above), Aymeric Laporte would be the ideal signing. It is not everyday that one of the best centre-backs in the world is on the market. Laporta and his team need to capitalize on this opportunity.

Regardless of what happens, Barcelona’s management needs to understand that the correlation between the club’s recent European humiliations and the lack of quality defenders isn’t coincidental.