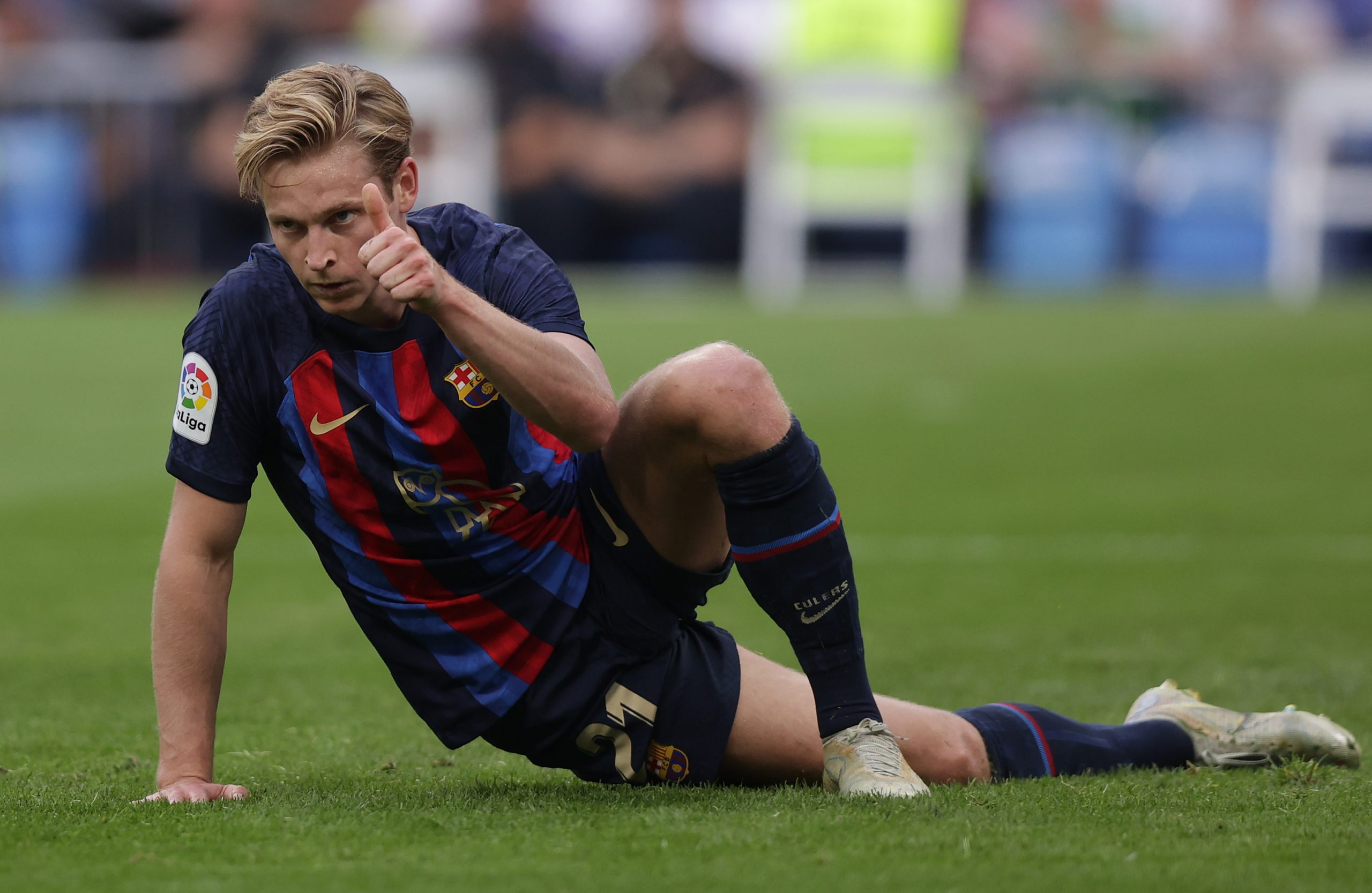 Real Madrid came out all guns blazing against Barcelona on Sunday at the Santiago Bernabeu, registering a 3-1 win to take them three points clear in La Liga.

The Catalan giants were outplayed for the majority of the game, failing to find control in the centre of the park. Karim Benzema, Federico Valverde, and Vinicius Jr threatened their defence through the game, with two of them finding the back of the net as well.

However, often this season, Barcelona have been bailed out by moments of individual brilliance. Pre-international break, Ousmane Dembele and Robert Lewandowski looked like world-beaters in attack, while the likes of Eric Garcia and Marc-Andre ter Stegen held the fort from the back.

Unfortunately, none of them could impact the game effectively enough at the Bernabeu. Lewy was marked out of the game by Eder Militao, while Eric Garcia made two crucial errors leading to goal.

That said, it was not all thorns for Blaugranes. Three players came out of El Clasico with redeeming performances after a less-than-convincing start to their seasons.

Coming off a serious injury, Fati has largely been a shadow of the player he was over the last few seasons. However, his incredible ability and instinct in front of goal has never been in doubt.

In just one start this campaign, he had contributed two goals and two assists. The teenager was brought on against Real Madrid to change the course of the game, and he achieved the same for the most part.

Fati was close to scoring from a shot from outside the box minutes after coming on. His real moment of magic came in the 83rd minute, though, when he skipped past Valverde to set up Ferran Torres for Barça’s only goal.

He was close to equalising moments later, when his scissor kick attempt bounced out the wrong side of the post.

Either way, the Spaniard clearly looks more courageous now, and has, hopefully left the ghosts of his injury behind.

Torres has largely been written off by Barcelona fans after his derailing performances through this season. His impact against Madrid, though, cannot be sold short.

Playing on his favoured right-wing, the Spaniard was more lively than Dembele and Raphinha. He attempted a few different things, including a surprise cross that almost found Lewandowski in the right place.

His movement behind Alaba was crucial for the goal as he tapped home Fati’s cross.

Xavi took a risk by starting de Jong over Gavi in central midfield. The Dutchman was needed to bring energy, especially in deeper areas, and break lines with his ball-carrying abilities.

While there were a moment or two of magic in the opening minutes, playing in a hyper-advanced role did not suit de Jong. His best moments in that game came after he made the switch to defensive midfield to replace Sergio Busquets.

Barça looked a lot more lively after doing that, and de Jong impacted the game in more ways than Busquets did. He almost created the equaliser, too, with a superb pass for Sergi Roberto into the box.