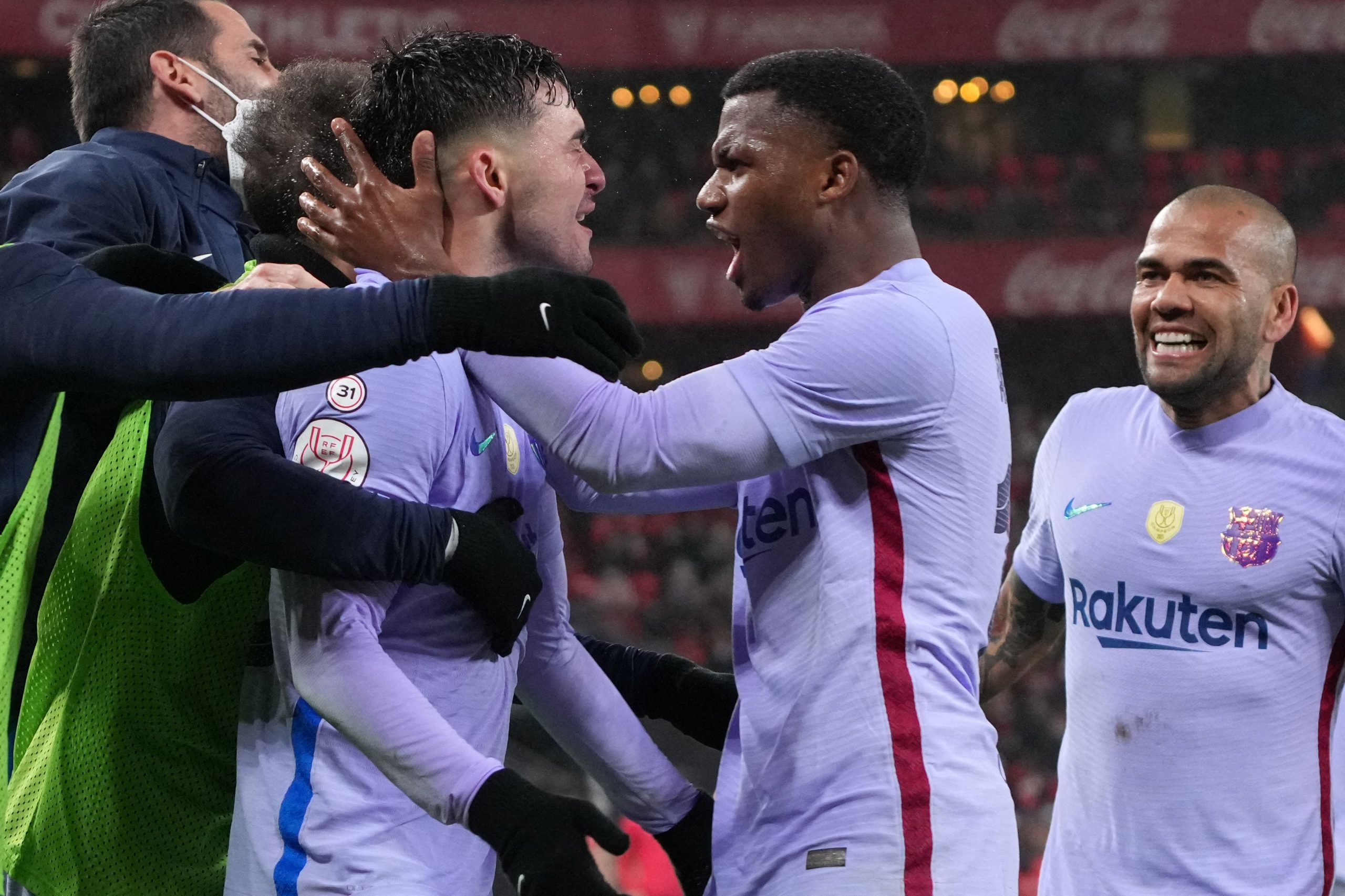 Barcelona youngsters Pedri, Ansu Fati, and Gavi have been named among the top 10 places of the 50 most exciting teenagers in world football by renowned British football magazine, FourFourTwo.

Pedri, placed second, and Fati, ranked third, are sharing the podium with Borussia Dortmund midfielder Jude Bellingham. Gavi, on the other hand, is sixth on the list after Harvey Elliot (Liverpool) and Jamal Musiala (Bayern Munich).

Despite being only 19 years of age, Pedri has performed at an extremely high level. Often likened with former Barcelona midfielder Andres Iniesta, the 19-year-old became undroppable personnel both in the Barcelona team as well as the Spanish national team setup since making his debut in 2020.

By the end of the Tokyo 2020 Olympics, Pedri had recorded a whopping 75 appearances for club and country while appearing in the UEFA Euro 2020 and also making it to the gold-medal match in Tokyo.

Ansu Fati, on his part, has had his fair share of injury troubles since making his first-team debut in 2019. Constant injuries mean regular football has come far and between but whenever played, the 19-year-old has oozed class.

FourFourTwo describes Fati as a ‘full-throttle footballer’ and that he is not only Barcelona’s future, but is a ‘phenomenon’ who is a delight to watch.

Gavi’s mention, meanwhile, comes as no surprise since he is the youngest-ever player to don the royal red of La Roja. The 17-year-old is more often than not compared to his manager Xavi on the back of his impressive passing range and the movement. It’s a typical Barça DNA, to say the very least.

The top 10 most exciting teenagers as ranked by FourFourTwo: