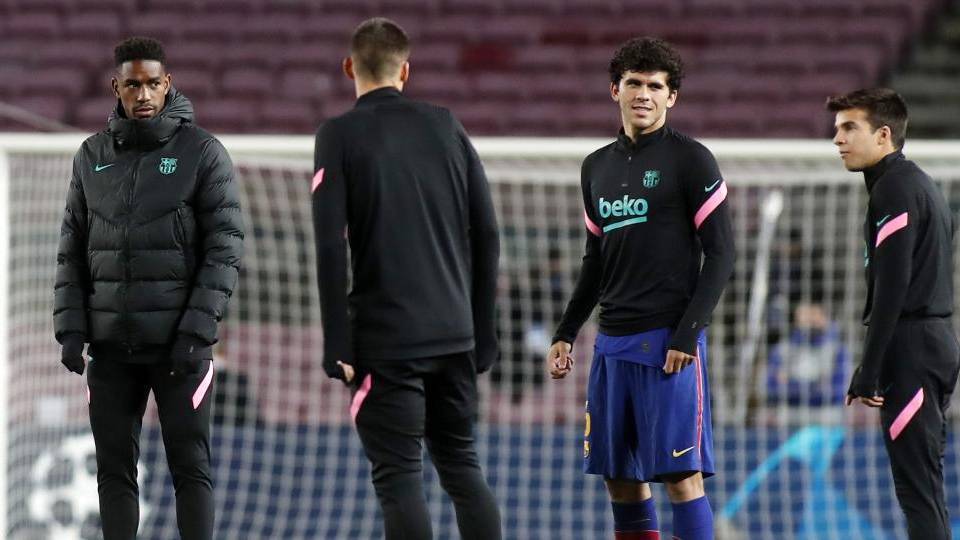 An incredibly exciting month awaits Barcelona in January. The Catalans are getting a new president and the squad is almost certain to change at least a bit by the time the window closes until the summer. And while we can potentially expect some arrivals, exits will once again take the centre stage on the market.

According to RAC1’s Gerard Romero, there are three players whose transfers we can expect to happen in January. Firstly, we have Carles Aleñá who, despite his obvious qualities and talent, is just not getting enough chances from Ronald Koeman.

Of course, we have to take into account the fact that the midfield position is seemingly well-covered and that limits the fringe players’ game time significantly. The same source mentions Getafe as the potential destination for the young La Masia gem, albeit initially on a loan deal.

Carles Aleñá is Getafe's target; the Madrid based club want the player.

Aleñá wants out, yes, but it does seem like he’d rather do so temporarily, leaving the door open for a possible return further down the line. Getafe would, however, cover the player’s full salary and would want a purchase option included in the deal, if it does happen.

The second player on the chopping list is Matheus Fernandes, which is a bit surprising given that the young player has only tallied a total of 17 first-team minutes since arriving to the club recently.

It doesn’t seem like there’s much hope for that figure to rise any time soon so Barcelona would be willing to send him out on loan as well. However, in his case, there’s nothing concrete just yet and we don’t know which clubs, if any, are interested in acquiring his services.

Finally, we have Junior Firpo, who still hasn’t been able to fully settle into the team despite Jordi Alba’s recent injury issues. It has to be said, though, that the left-back was particularly impressive in his outing against Eibar and has provided one assist across eight appearances for Barcelona so far in 2020/21.

Junior Firpo has offers from a few La Liga clubs, and Barcelona wants to sell him.

In his case, however, a different La Liga club is showing interest and the Catalans are contemplating a permanent transfer. At this moment, we still don’t know who is this unnamed side but it does seem like Firpo will stay in Spain if he does leave the club.

Either way, Barcelona are set to experience quite an interesting January transfer window and the squad may very well be thinned out by the end of it once again.