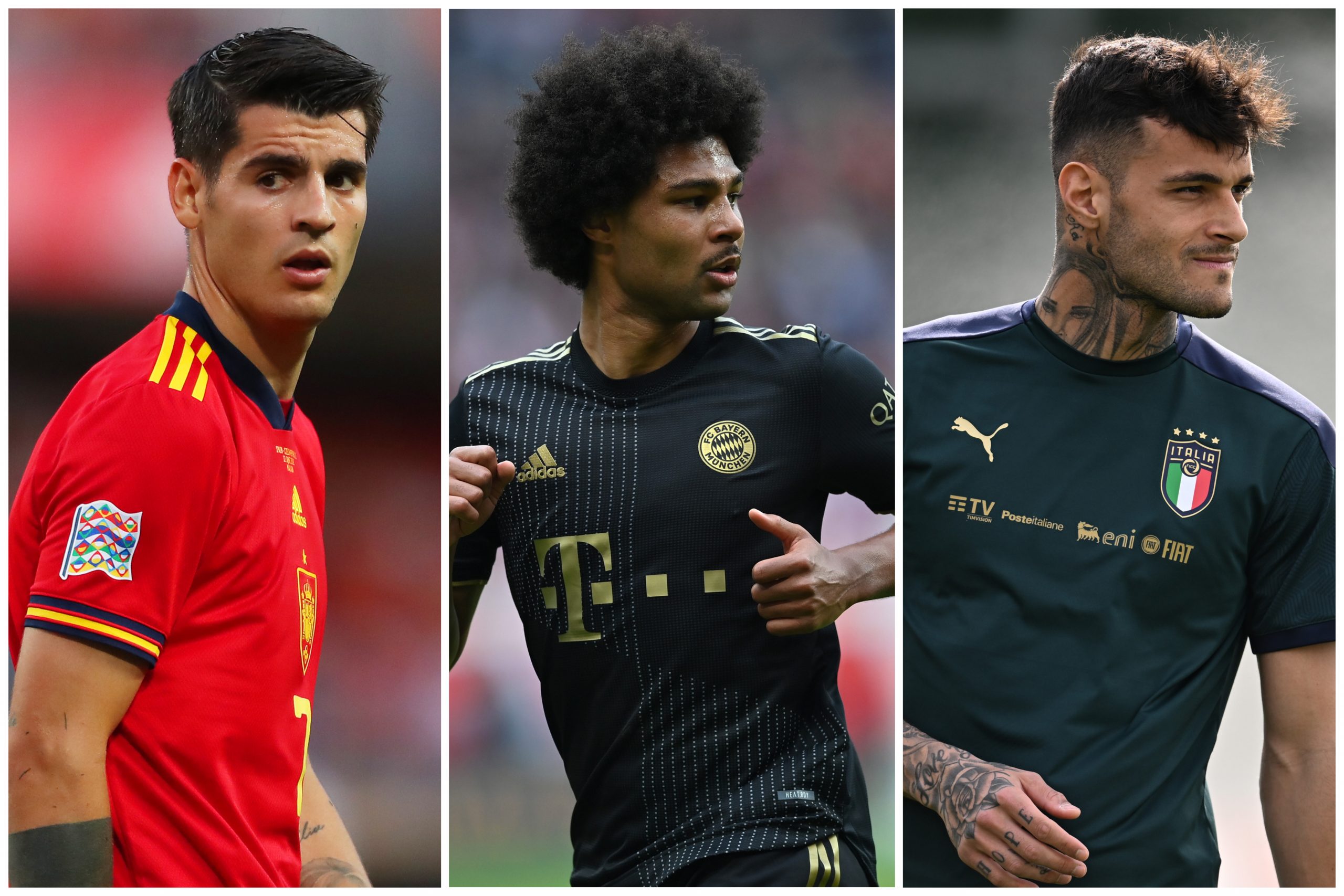 In the past weeks, Robert Lewandowski has made it abundantly clear that Bayern Munich is no longer the place he desires to be. The Polish international outright stated that he no longer feels happy at Bayern and would thus want out.

The Bavarians and their Starman are seeking the best course of action to have as smooth a separation as possible. The Bayern number nine is cognisant of his status in Die Roten; the last thing he would want would be to tarnish his reputation with them.

Notwithstanding the Pole’s desire to part ways with the club, Bayern are making the task difficult. They are adamant about not adjusting their transfer fee, which might push Barcelona to look elsewhere.

Recent developments in Barcelona’s financial situation have made it such that finances are no longer a barrier.

Through potential partial sales of the Barça Licencing and Merchandising (BLM) and their TV rights, the garnet and blue are set to receive an injection of €700-800 million this summer into their finances, relinquishing them of FFP’s chokehold.

The Blaugrana could be prompted to look elsewhere in the European market, and Barça Universal has compiled a list of three players the club look out for. They each, in their way, suit Barcelona’s requisites for a centre forward and offer more longevity and dynamism than the polish international.

Join us as we take an analytical approach to three possible alternatives to Lewandowski, each below or around his transfer fee.

Having been rumoured with a move to the Camp Nou back in January, Alvaro Morata can be immensely useful to the Blaugrana. The ex-Madrid player is a unique type of centre-forward, and his profile might be what Barcelona needs in the coming season.

Morata is not the typical striker; his dexterity lies far beyond his goalscoring exploits. The Spaniard boasts of one of the most refined anchor plays in the world. His strengths are not necessarily in his goalscoring ability, as his best season ever saw him score a meagre 15 goals.

Notwithstanding his weaknesses in front of the goal, his link-up play proficiency makes him a key cog in Luis Enrique’s machine for Spain. Morata plays best between the lines, with his back to the goal. He uses situations like these to link up with other forwards and his interiors, perpetually creating positional advantages for his team.

He, for instance, will receive a pass from the halfspace and, given his speed of thought, quickly link up with his wingers on either side of him. In fact, this is a facet of play which hardly any player possesses to his degree.

Morata’s passing range permits him the opportunities to stretch the opposition, and his one-touch passing, which for Barcelona is heaven-sent, will only serve to hasten the team’s play.

Beyond his link-up play, the Atletico Madrid striker has demonstrated immense aptitude at moving off the ball. Morata’s movements into the halfspaces make it such that his teammates always have room to move into.

If a rival player were to follow him, they would risk leaving an empty space for a midfielder or winger to capitalise on. Given the movements of Ferran Torres into the penalty area, such dexterity in motion will be crucial for Barça.

Morata’s movements into space benefit not only his teammates but also himself. The Spaniard’s runs on defenders’ blindsides help generate goalscoring opportunities. These movements are beneficial for him as they often leave him one on one with goalkeepers.

Defensively, Morata is an incredible asset to have both for Lucho and hence too for Xavi Hernandez should he make the switch to the Camp Nou.

He tends to get into a high press when possession is lost and forces erroneous behaviour in the opposition backline. His 16.86 pressures per game illustrate this perfectly, making him a worthwhile asset for a side which likes to press high.

Granted, Morata has a lot to offer from these areas in his gameplay, the central role of a striker is to score goals, and Morata is average in this facet. While his off-the-ball movement is excellent, and so is his poaching, he needs to do better at converting chances.

When put on the same playing field as players such as Lewandowski, better numbers must be displayed. The last thing a club begging for goals needs is another forward who struggles to score. His deficiencies in front of goal are disparaging, as he fits the bill in most other areas in his game.

Having switched from Arsenal to Bayern Munich several years back, Serge Gnabry has been a revelation in the Bundesliga. The German international has periodically been in the headlines, notably for his sensational performance against Tottenham Hotspur in the Champions League.

Gnabry said that he preferred to play as a striker, despite making his name playing primarily as a winger. In his own words, he “has more fun in the centre” of an attacking trio.

What makes this tally all the more alluring is that he did so while amassing 10.7xG and 8xA. This means that he can score at above-average rates, and his attack does not do his creativity justice.

Gnabry has incredible close control of the ball due to his facets as a winger. He capitalises on this skill in tight spaces to get past his opponents with relative ease.

The same skills can be utilised down the centre as well. Barcelona play a high possession game, and this often forces their rivals to adopt deep defensive blocks. In demonstrating his dexterity at playing within tight spaces, he presents himself as quite the alluring prospect.

On a game-by-game basis, Gnabry averages 4.55 shot-creating actions per game. 3.57 of these come from passes into the penalty area, which has him ranked in the 95th percentile for all forwards in Europe.

Gnabry could opt for long-range passes or through balls into the penalty area on the creative side of things. He makes 0.21 of the latter, and while it is seemingly not very high, he ranks in the 79th percentile in Europe.

His profile as a striker becomes even more attractive given he takes three shots per game at an average shot distance of 15.6 metres. This range of shooting is in the 75th percentile for wingers, causing a significant threat to goalkeepers.

As a proponent of positional play, defensive involvements are imperative. Unsurprisingly, Gnabry excels here too. The German makes 16.4 pressures per game and a game average of 1.99 tackles, 0.59 of which occur in the final third of the pitch.

It is easy to understand why a player like him would fit like a glove in Xavi’s side.

Dubbed the Italian Zlatan Ibrahimovic, at just 22 years old, Gianluigi Scamacca was one of the season’s revelations last term in Serie A. His transfer fee is low enough for a club like Barcelona to afford, and his age makes the prospect of signing him all the more pertinent over the long term.

At the height of 1.95 metres, Scamacca is an aerially imposing footballer. He takes on his rivals and dominates aerial duels thanks to this physical advantage.

It should come as no surprise that he is among the league’s best headers of the ball, with three of his sixteen goals scored last season coming through this method.

The Italian thrives on his movements off the ball, which he uses to generate opportunities for himself or his teammates.

He can drop deep into the midfield when playing his second striking role for Sassuolo, linking up with midfielders and creating space for his wide players to attack. Scamacca also makes plenty of runs into the final third to get into goalscoring positions.

His athleticism and physicality help him create room in tight areas when in the penalty box. Scamacca is technically in need of his physique because he has a tendency to get into poor scoring positions.

The Italian’s average shot distance is 16.5m, which among strikers in Europe has him ranked in the 19th percentile among strikers.

Scamacca is also an inconsistent player and struggles to perform regularly. Last season he had multiple-goal droughts, only scoring in 13 of the 36 matches he played. He scored just twice in his first 12 matches, and both goals came in the same fixture. Granted, he scored five times in his final ten appearances, they came in four games.

On the positive aspect of things, one can theorise that playing for a bigger club should increase his output.

Xavi’s Barcelona should make his goalscoring more consistent, as the team regularly generates high-quality chances, a significant number of which are aimed at ball headers.

In the defensive aspect of his game, Scamacca can hardly be faulted. He makes 14 pressures per game, and his 1.3 tackles and interceptions are in the 60th percentile in Europe. Facets such as these make him an alluring candidate for the Puppet Master’s side, especially given how much room he has for improvement given his age.