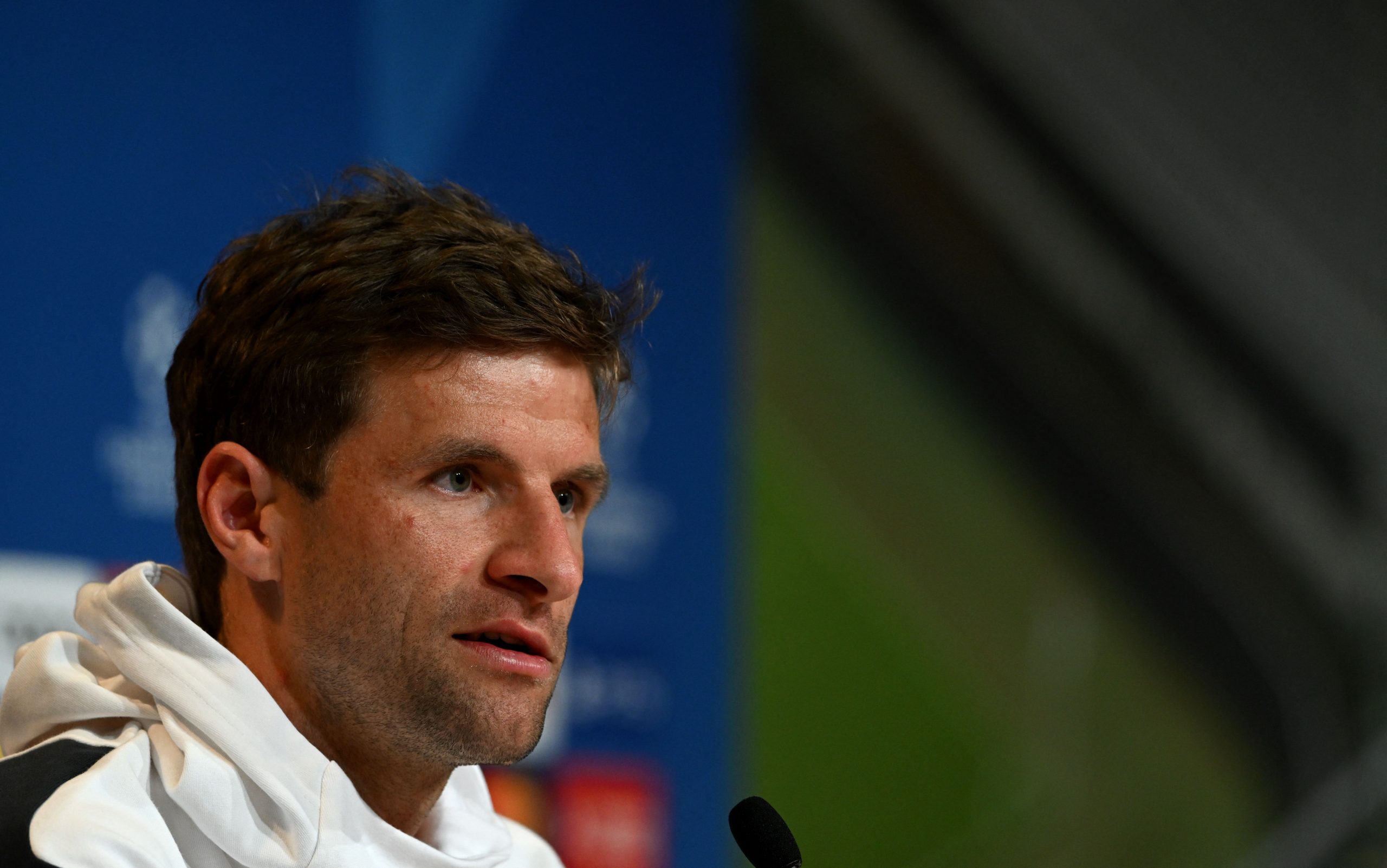 ESPN has recently released a video of a Q&A session with Bayern Munich superstar Thomas Muller, where the attacker was asked to choose between Robert Lewandowski and Karim Benzema.

Muller, who is set to play a crucial role for Bayern Munich in the upcoming Champions League encounter against Barcelona, favours Lewandowski despite the Pole’s move to Catalonia in the summer.

Lewandowski spent eight years playing with Muller at Bayern Munich. During his time at the club, he scored a total of 344 goals in all competitions, notably building a formidable attacking partnership with Muller that helped Bayern maintain their dominance in German football.

The Bayern Munich attacker was also asked to choose between Lionel Messi and Cristiano Ronaldo. Only this time, he chose the latter, citing his poor record against Ronaldo in European competitions.

“Messi or Ronaldo? I’ll go for Ronaldo. Against Messi I have a good statistic, against Ronaldo not that good,” he added.

The German has not enjoyed the best of starts to the season, scoring only once in six Bundesliga matches. But his experience, creativity and intelligence could go a long way in helping Bayern Munich break down the new-look Barça backline.

His former teammate Lewandowski, meanwhile, has lit up La Liga and UCL this season, racking up nine goals in six matches. The Pole will be looking to continue his splendid run of form against his former club Bayern Munich tonight.