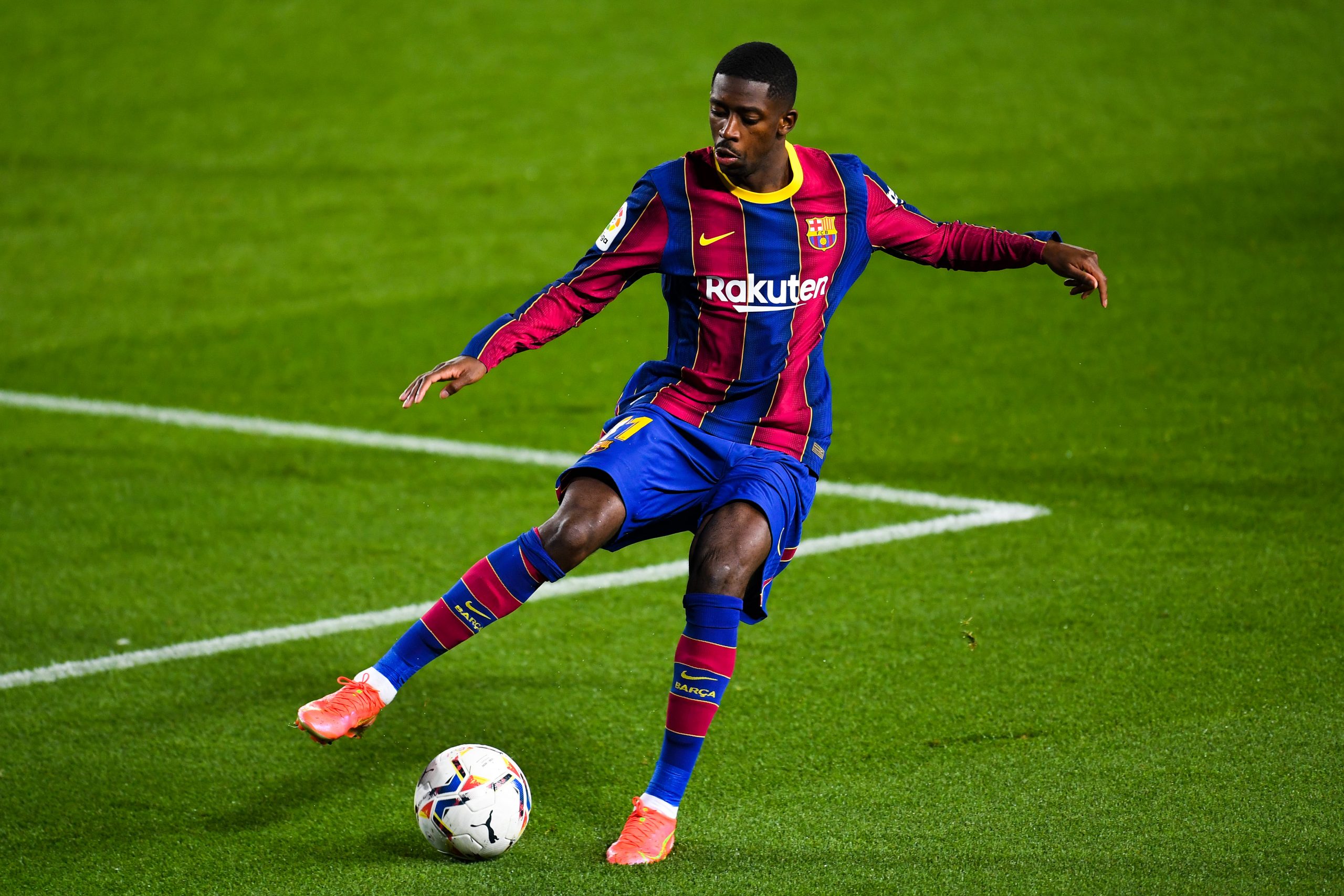 After months of speculations and discussions, it seems like Ousmane Dembele will not be signing a contract renewal at Barcelona.

The Frenchman has been with the club since 2017, when he arrived in a mega-money deal from Borussia Dortmund to replace Neymar, who had left for Paris Saint-Germain.

During his four-and-a-half-year stint at Barça, Dembele has spent a lot of time out with injuries. The 2018 FIFA World Cup winner has missed almost as many matches as he has played due to various fitness issues in his stint at Camp Nou.

The 24-year-old missed a good chunk in the earlier stages in the ongoing campaign, returning to action not so long ago and has featured just five times.

Talks over a new contract have been going on for months as Dembele entered the final year of his contract with the Catalans. While there had been a lot of resistance from his agent, it was believed that the winger wished to continue at Barcelona. Reports over the past week even indicated that the new contract was all but done.

However, late on Wednesday, it emerged that there had been a breakdown in negotiations and Dembele will now not be renewing if his salary demands were not met by the Blaugrana.

It is no secret that Barça are in a difficult situation financially. The club were unable to hand Lionel Messi a new contract in the summer and had to enforce pay cuts on the captains to register their new signings.

Despite being aware of the circumstances, as reported by Santi Aouna of Foot Mercato, Dembele demanded a gross salary of €40 million per year, along with a signing-on bonus of €40 million.

The Frenchman’s agents were unrelenting on their stance and cited the massive salaries that players like Philippe Coutinho and Antoine Griezmann were on to justify the hefty demands being made, Aouna further claimed.

Barça’s well-publicised pursuit of Borussia Dortmund superstar Erling Haaland is believed to have played a part in the demands as well. The journalist claims that Dembele’s agent sees him as the future of the club and was not going to accept any offer that would be less than what the Blaugrana would offer to Haaland.

An update from journalist Santi Ovalle claims that the Frenchman’s camp questioned Barcelona’s pursuit of the Norwegian, by saying something along the lines of “You say there’s no money to agree to our demands while you go for Haaland?”

What next for Dembele?

With Dembele’s camp not willing to change their stance and Barcelona not in a position to meet his demands, negotiations have reached an impasse. Starting from January 1st, the 24-year-old will be allowed to speak to clubs over a pre-contract agreement before he leaves Barça on a free transfer at the end of the season.

Journalist Xavi Lemus has reported that the Frenchman had already informed several teammates since last season that he would leave the club.

As per the aforementioned update from Santi Aouna, several top clubs like PSG, Manchester United, Bayern Munich, Chelsea and Newcastle United have all been in contact with his agent over a Bosman move in the summer.

The reliable Fabrizio Romano has also claimed that two Premier League clubs have approached the Frenchman’s representatives and unless his demands are met, he will leave Camp Nou. The Italian transfer expert adds that Newcastle are one of the clubs who have made contact a while ago.

Alternatively, Barcelona could look to cash in on him in January only, although it remains to be seen if any of the interested parties are willing to come forward to sign him next month by paying a fee when they can get him for nothing in the summer.

Where do Barcelona go from here?

Barcelona had shelled out a massive sum of €105 million plus €20 million in variables to sign Dembele from Dortmund in 2017.

During these four years, they have shelled out wages of around €17 million (fixed and variable) per season to the World Cup winner, even though he has spent nearly half of his time at the club out on the treatment tables.

Given that he has not been a regular in the team, the salary demands he has made are outrageous, to say the least. At a time when the club are going through financial difficulties, it does not make any sense to shell out such a sum on a player who has hardly proven to be reliable over the past four seasons.

Xavi and Joan Laporta have been intent on trying to convince Dembele to sign an extension for some time now. But, with the latest breakdown in negotiations, it is time for the Catalans to part ways with him.