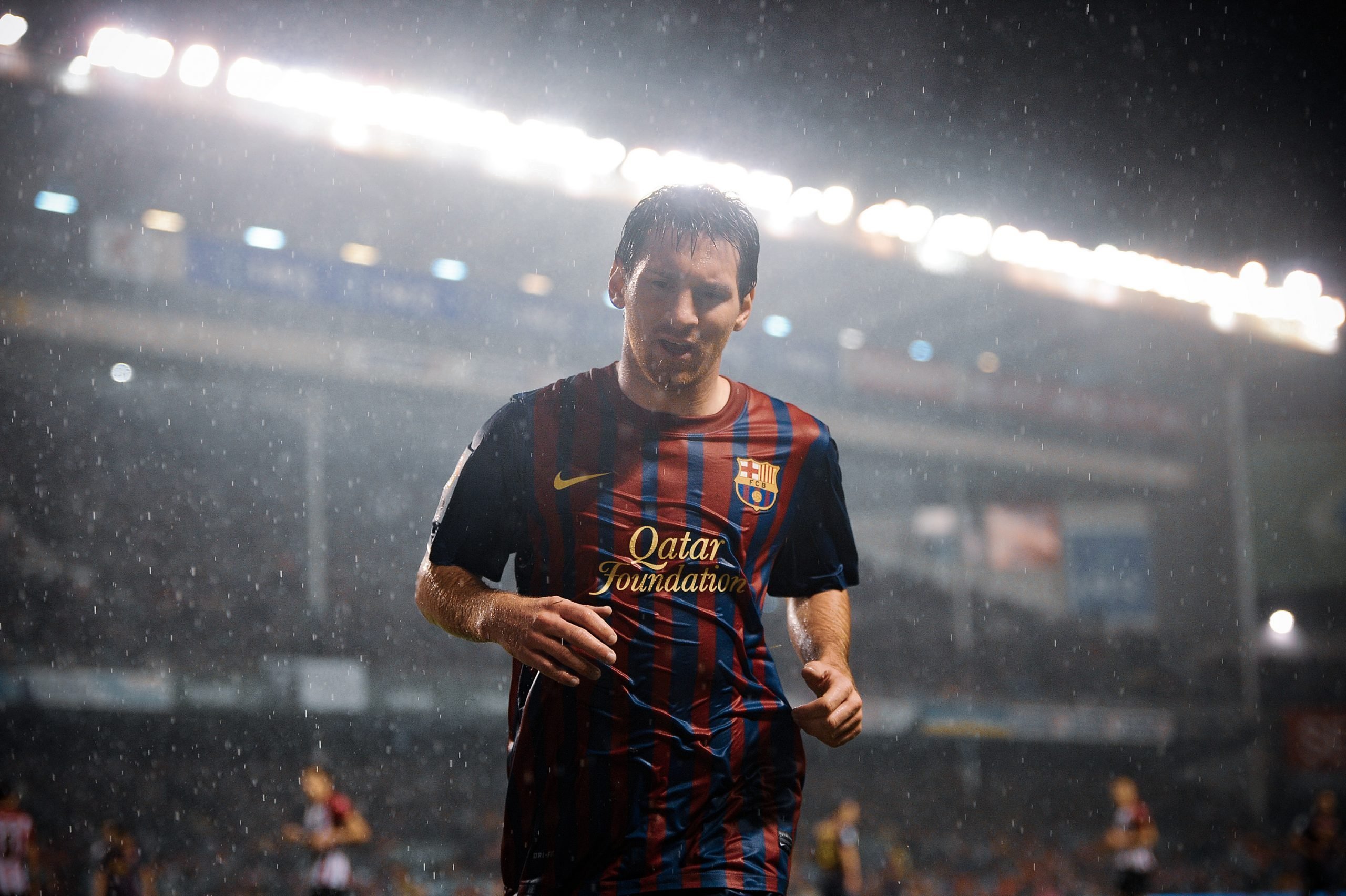 Having arrived in Barcelona as a 13-year-old in 2000, the relationship between Lionel Messi and his beloved club is now breaking up after the captain’s definitive message to the board through a burofax.

Does your heart miss a beat by the thought of seeing somebody else in the Barça number 10 or, instead, not seeing anybody wearing the Barça number 10 jersey, ever? If not, then, as a Barca fan you have never romanticised with FC Barcelona, right? Are you the one who over the past few days felt burofax updates anxiety gripping but you kept reading through again and again regardless because somewhere deep inside you wanted all of it to be a nightmare or fake propaganda since it seemed too unreal?

Well, the current fiasco took culés back in time and they started longing for the good days and everything about them. Days when major problems were either players’ injuries or losing a streak of winning matches and failing to defeat the rivals. Nobody wanted to end up where it all is currently, at least not at a burofax? If you haven’t heard of burofax in the past couple of days, then either you are not into sports let alone football, or you might not have a Twitter account.

In case you are still not aware of what a burofax is and why Barça fans are in an absolute miserable state then you must know that the current circumstances show that Barcelona’s number 10, the Argentine star, the blaugranas‘ heart, Lionel Andrés Messi is all set to say a final goodbye after twenty years, leaving the club’s future in limbo. Imagine it and your heart starts missing some beats, doesn’t it?

Born in Argentina, Lionel Messi arguably came into the world to be a footballer. The start wasn’t easy, the journey wasn’t throne free. He conquered the challenges, he overcame the difficulties. For all it mattered, to end up becoming a one-club man.

Messi started his football career back in 1995 at the youth system of Newell’s Old which is a Rosario-based club when he was only 8 years old. He was recognisably the most thrilling player among others. However, little Messi’s dream to pursue his passion for football came crashing down when was diagnosed with growth hormone deficiency. Jorge and Ceclia, Messi’s parents, didn’t have enough money to provide for his treatment. It was when the boy and FC Barcelona’s love story began. Messi was 13 years old when the strongest football club of that time offered to train him at their youth academy: La Masía. Not only this, but they also agreed to pay for his treatment as well.

During the trial, Leo, with his exceptional skills, enthralled Carles Rexach, who was Barcelona’s first-team director at that time. Not to mention the board members were a problem back then as well as some of them were not too pleased with this extraordinary boy. As a result, Horacio Gaggioli, who was the Argentine’s point of contact in Spain, periled to take Messi to Real Madrid if the board continued to raise issues over Messi’s signing.

After two months of back and forth visits at the club’s offices and waiting for an answer from Barcelona, Messi’s father was about to give up. Nonetheless, fate brought Josep Maria Minguella – an agent who brought many players to Barcelona – at the Pompeia del Montjuic club where Horacio Gaggiolo and Charly Rexach were already present. Minguella and Gaggiolo convinced Rexach that Messi’s future was bright and he had to answer his family immediately. Rexach was already delighted to have Messi in the team, so he grabbed a lying napkin around him right away and wrote Lionel Andrés Messi’s first contract, which says:

“In Barcelona, on 14 December 2000 and the presence of Mrs. Minguella and Horacio (Gaggioli), Carles Rexach, Director of Football of F.C.B., hereby agrees, under his responsibility and regardless of any dissenting opinions, to sign the player Lionel Messi, provided that we keep to the amounts agreed upon”.

That’s how the journey of Barça’s number 10 began with a piece of napkin and Lionel Andrés Messi finding his new home in Spain.

It was no less than a dream. The Argentine made inhumane progress climbing from Barça C to Barça B and in no time landing in the first team. From a tiny boy he turned into a grown-up man, as Messi became the world’s best footballer in Barcelona having Spanish media calling him the ‘Messiah’. In 2012, he won his fourth of a current six FIFA Ballon d’Or awards and had his name in the Guinness World Records book for scoring the most goals in a single year: 91.

Messi, as his national team’s captain, made the World Cup final in 2014 and became the youngest footballer to register a hundred appearances in the Champions League in the 2015/16 season. Messi and culés were inseparable. It was all a fantasy, a fairy tale: then how what was once a fairy tale has become a battle? How did the story starting from the napkin ending on a burofax?

From a napkin to a burofax, what seems an irrevocable exit from Lionel Messi will break many hearts | Photo by Pau Barrena / AFP via Getty Images

With his ability to play from every position, Messi took the whole team on his shoulders countless times, possibly too many in recent years. He proved himself to be a one-club man by standing firm through difficult times. Besides his teammates’ crippling performances, he successfully gave awe-inspiring performances to his fans. He has been a Messiah for the Catalans. From fighting for the rights of his colleagues to raising his voice for the injustice within the club, Messi was there: he never gave up.

On the contrary, for Messi’s die-hard fans, the club’s management has been a huge disappointment. The management horrendously failed to save the peak years of a man who surpassed the players of the highest quality. The Spanish giants’ claim to keep the world’s best player till his retirement is going to astray. The board’s decisions went down like a lead balloon to please the man who brought challenging honours for the club throughout his twenty years.

Messi’s plain silence since Champions League quarter-finals loss against Bayern Munich was enough to break many hearts, but then it had to be cherry-topped with burofax. The reasons for ending this relation not by sending a traditional message but perhaps Spain’s postal service to send an urgent document, the burofax, are countless. That said, the main ones are Barça’s internal issues, allegations’ attached with the president Josep Maria Bartomeu, new coach Ronald Koeman‘s radical decisions, and, last but not the least, the club’s disrespecting way of saying goodbye to legends like his close friend and striker Luis Suárez.

The story which started with the most captivating manner seems to be coming on bitter shore. Ever since the news of Messi leaving Barcelona erupted onto social media, there is a certain kind of sadness and uncertainty among the football fraternity. Ears are waiting to hear it is all a lie while eyes search for a single word from the captain himself. The thoughts of not seeing the Argentine in Barça’s number 10 shirt again demand to be buried. The brain refuses to believe what the heart knows is true. The flashbacks of happy memories at the Camp Nou cripple the imagination.

This marriage isn’t ending between the club and the greatest player of all. Historians will write this breakup most philosophically. It’s a breakup that holds great importance for every sports lover. It’s the kind of breakup every football fan will relate to. This breakup won’t be healed through medicines or therapists, the damage wrought as a result will continue to last for years to come, while Messi loyalists might take ages to accept that the number 10 is gone.