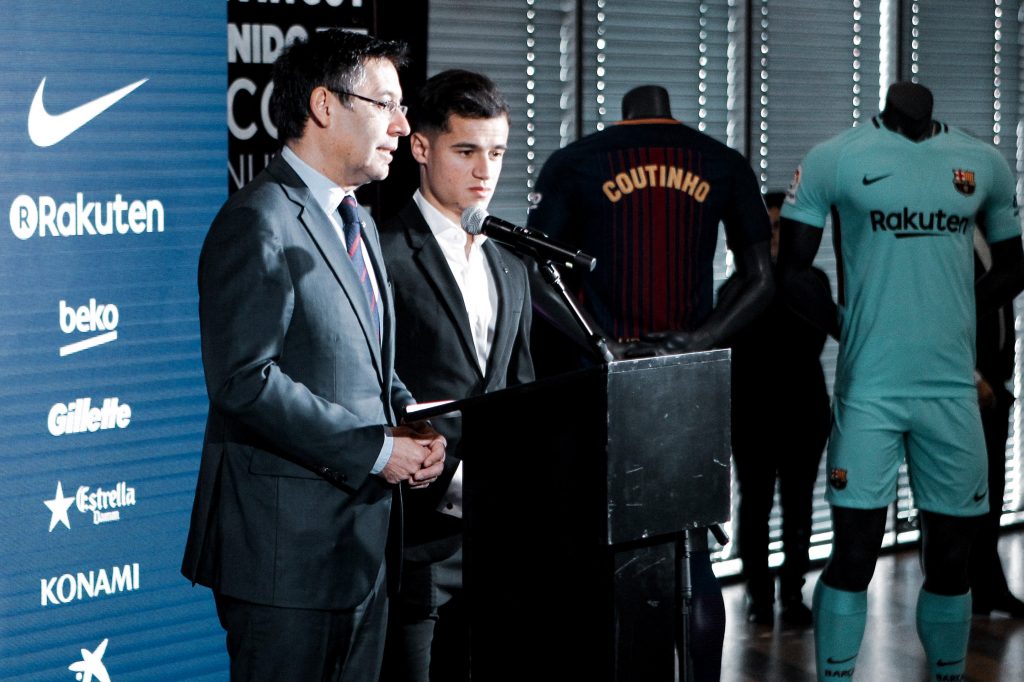 Header Image by Action Plus via Imago

Today, money and fame are playing a bigger role in football than anything else. But is too much of it really good for the clubs? Maybe not. As in the case of Barcelona, it is quite clear that only having money is not a guarantee for success.

Nowadays clubs are breaking transfer records and paying huge sums of money to land players. Neymar Júnior’s transfer to Paris Saint-Germain in 2017 really opened up the transfer market with transfer fees now approaching 100 million euros. Barcelona too have dipped their hands into the market with Antoine Griezmann, Ousmane Dembélé and Philippe Coutinho all costing the club upwards of 100 million euros.

But, despite shelling out large sums of money, the blaugranas are far from the side they were a decade ago. If we go searching throughout history, it is evident that money in large amounts has proven to be quite unfruitful.

Money is undoubtedly important for growing as an institution. It is a major part of what separates the title challengers and the teams fighting relegation. Giants like Barcelona have a clear advantage over other clubs. The Catalans can spend a lot more on facilities and wages than the rest. Teams are growing these days due to sponsorship deals and big money takeovers.

This has sparked a fear among football fans that soon it will be just money that will define the future of a club. Premier League’s Newcastle United will be the latest club on the path to growth when Prince Mohammed bin Salman completes the lucrative deal. But let us consider the other side of the coin. What if too much money will be the downfall of clubs?

To succeed as a club, money is essential for many purposes. In fact, in theory, if given a large amount of money, a club will be unstoppable. Yet we can see that teams have failed to impress despite spending the large amount of money. Yes, there will be success stories such as Paris Saint-Germain and Manchester City, but on the bigger scale of things, they have ultimately failed to prove their worth. PSG absolutely kills it in League 1 without rivals being able to compete on the financial side, whilst City dominated the Premier League the past two years. But success in Europe has evaded both sides. Both teams have an incredible squad, but still find it difficult on the European stage.

The ability to sign whoever they want meant they could buy the likes of Kylian Mbappé, Neymar Júnior, Bernado Silva, Ederson Moraes, and so on. On the other hand, they lost promising talents from their academy. Jadon Sancho is the prime example. Man City let him slip through their hands and they lost a rising star who is more than capable of winning the Ballon d’Or. Barcelona too are facing the same issue. The squad is filled with signings and La Masía youngsters have to sacrifice on playing time to remain at the club. Several choose to leave due to lack of game time.

When Pep Guardiola’s Barça managed to dominate the world, the majority of the squad was homegrown and only the positions in which the squad was severely lacking or needed more experience / skill were filled with acquisitions. New signings undoubtedly add quality, but their compatibility remains to be seen. Players like Antoine Griezmann and Philippe Coutinho certainly have proved themselves to be one of the best in the world. However, they have had to be played out of position and have not been able to meet their potential.

Barcelona was and still is the temple of football, and La Masía continues to produce some of the best talents in the world. But the azulgranas are no longer the hub for global gems. Teams such as Ajax, RB Leibzig and Monaco have generated or recruited some of the best prospects the world has ever seen in recent times. Their wide ranging scouting networks and academies are producing players such as Frenkie de Jong, Matthijs de Ligt, Bernado Silva, Kylian Mbappé, Naby Keïta, Dayot Upemecano and several others.

Clubs such as Borussia Dortmund are bringing in talents and developing them into truly world-class players. The traditional Big Clubs, so as to say, attract them with high wages, trophies and exceptional facilities. But the footballers do not play as well as they used to. They struggle with adjusting to the team’s style and lose game time compared to the more established players of their age. Unlike at the clubs where they flourished and grew, they have to adapt to the team style instead of the team being built around them. In many cases, their qualities are misused.

When it comes to the big-money signings, another factor deterring them is the nature and cost of the move itself. Being bought for upwards of 100 million is a lot of weight to bear. As the price rises, the expectations rise and it becomes increasingly difficult to meet them, especially in cases where they are being played out of position. Griezmann’s output of 14 goals and 4 assists aren’t a huge decrease from last season. He has 7 goals and 6 assists less than last season having played 1000 less minutes. Yet he is no longer the star, and there’s no denying that he is not as comfortable as he felt at Atlético de Madrid

Another issue institutions like Barcelona face is that it is difficult offloading players since no clubs can match their wage bill. Barça have the largest budget in all of Europe and it is hard to lure away players from such a place. Signings are meant to bolster squads, not build them. Even Real Madrid’s famed Galáctico team won just one Champions League and two La Ligas. Compare that with Pep’s Barcelona from 2008 to 2012.

Money and fame do tend to attract high level players and can provide improved facilities. Yet higher expectations and bigger budgets do tend to harm a squad in some sense. When provided with a huge amount of money, hypothetically, it’s is easy to make an unbeatable squad. Yet the stark reality is that money makes people careless. The directives lose the sense on what the coach wants, and this impacts the transfers and decisions.

Fans expect to have big names in the squad when they see a club’s stature. But quite a lot of people forget that their academy could be holding one of those future stars. It is impossible to just throw in the world’s best players and expect them all to play fluidly. Individually, they may be some of the world’s best. But playing as a team is where the challenge arises.

Being a famed club also brings in some other challenges. If we see the fanbase of, for example, Real Sociedad and compare it with that of Real Madrid, we will observe one thing. Yes, Los Blancos do have a larger group of fans. But will all of them stay with the team when the club fails to win? Cristiano Ronaldo leaving caused several people to switch sides. But you don’t really see that with the small clubs. It is difficult to find the atmosphere one finds at Anoeta, despite it not being a huge stadium. It’s hard to be a club at the highest level who has fans that stay for the club and its playing style rather than its success.

Judicious use of anything is a trait majority of humans lack when provided with a large amount of it. Clubs like Leipzig and Dortmund are so good at building players because they cannot simply buy whomever they want. Having a mediocre budget makes people think and brew up ingenious ideas that help them succeed. They make wise signings on the basis of the coach’s requirement. Culés have to tackle this issue. The club’s board is not exactly very good at resource management. Instead of trusting the La Masía graduates, who have grown up playing Barcelona’s beautiful brand of football, they expect new signings to fit in and fill the roles.

Having money is certainly necessary, but when given a lot of it, money tends to make people blind to what is really happening. It is difficult to find a person who can manage the money well. Rather than discussing who to buy in the transfer window, maybe we should discuss which academy player could fill the role. It is easy to support a club when it is winning and easier to criticise it when it is losing. But it is difficult to back the team and its players without accessing the budget.

It is time for change at the Camp Nou, especially when it comes to the institutional structure, and culés need to ask ourselves: do Barcelona really need to splash the cash, or is there a better alternative hidden away somewhere. And, finally, is Barça becoming just like the club they loathe by doing the same thing?