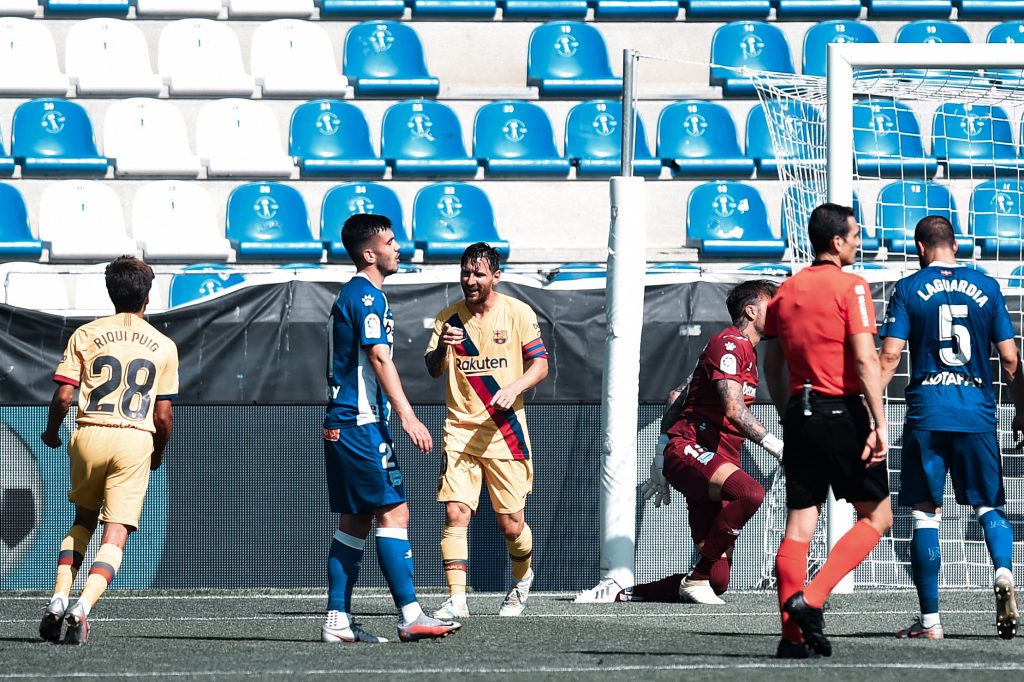 Despite the inconsistent collective performances that have cost Barcelona the La Liga title, several players have improved or, at least, been holding the team on their back since the restart of football.

While Barcelona may have failed to acquire the La Liga title, it wasn’t all doom and gloom for the blaugranas after the restart, since several players in the squad put out a statement with their monumental contributions. In this article, we rank the top 5 most impressive performers since football resumed in June.

Notwithstanding Iván Rakitić has been critiqued heavily for his lack of creativity on previous occasions, it is an undeniable fact that he had been one of the club’s most faultless interiors since football has returned. The Croatian seemed to have upped the ante and had been playing much more creative football as of late.

Rakitić is known to be really effective at retaining possession and that is something which he has continued to do without any difficulty whatsoever. However, him making runs into the box, pressing the opposition in their half or making forward passes to the wingers in space was a refreshing change to see in the 32-year-old’s gameplay.

The importance and level of Iván Rakitić have increased after the break | Photo by Manuel Blondeau / Aop.Press via Imago

The former Sevilla man showed appreciable form against Sevilla, Leganés, Athletic Club and Celta de Vigo, where he contributed massively in the centre of the park. Whilst he gradually began to show signs of weariness and fatigue towards the end, he was one of Barcelona’s better players over the last month or so.

Sergi Roberto, a man who is constantly lambasted and excoriated from Barça’s demanding fanbase, came up with a few scintillating displays to silence countless doubters.

The Catalan has usually been deployed at the right back position, where he has excelled and created a name for himself. Nonetheless, in the closing stages of the season, coach Quique Setién decided to start him in midfield, which, at first, seemed like a dubious call. In Valverde’s regime, Roberto rarely impressed in the centre of the park, often failing to link up with Nélson Semedo or knowing where to station himself. Even so, being deployed in a left central midfield role paid the club dividends as his creativity and tactical intelligence truly came to light.

“We have a player so versatile that he can play in various positions. He is absolutely willing to do what you ask him. Having players like that is a relief. I like him in all positions”

Sergi had to compete with Semedo at the right-back spot for a majority of the season as well, but even led in that category, producing some impeccable exhibitions where he effectively carried the ball forward and accommodated the forward-line. Despite being unfit for a week or two, the 28-year-old maintained an imposing figure whenever he was given the nod to start, excluding one subpar game against Leganés. The jack of all trades proved that he is an undisputed asset for his side and will always be there for the team in whatever part of the field they need him in.

Yet another individual who faced innumerable criticism during certain parts of the campaign, but he casually silenced every doubter after football’s hiatus came to an end. Gerard Piqué, in spite of being 33 years old, started every single game for Barça, and still managed to marshall his side’s defence effectively. In addition, the Spaniard was able to salvage four consecutive clean sheets in a row after the restart.

Although Barcelona’s defensive woes became increasingly noticeable towards the end of the campaign, Piqué’s inefficiency was never the sole reason for conceding goals since the full-backs were, on most occasions, caught off guard with their advanced positions in attack.

Piqué, above all, demonstrated that he’s a technical genius. He doesn’t need to please the audience with inch perfect tackles or clearances. What makes him unique and tremendously underappreciated is his positional play. Geri can go all the way to the front line, and still be back in time to save his side from danger. He’s always in the right place at the right time, which allows him to be one step ahead of opposing strikers. Piqué‘s proficient performances in the last few weeks reminded fans that he is always going to be a vital member of the starting XI.

Riqui Puig is living the dream: free, exuberant, jaunty and euphoric. Everything he does on the ball reminds fans of how football really should be played-with irrepressible feelings of happiness. Puig’s breakthrough has to be one of the biggest positives from this, not so pleasing, campaign.

His influence, even without consistent gametime, was simply laudable. With colourless players often surrounding him, he effortlessly adds vibrance to the pitch. In metaphoric fashion, the youngster splits defenses and seeks his partners in crime. A poet and a magician with the ball at his feet, which he proved to be in Barcelona’s last game, against Deportivo Alavés.

Riqui was, by far, one of the most enjoyable players to watch. Despite his style of play involving several risk-taking plays, he never seemed to put a foot wrong. How a player can be so perfect and precise at such an age is baffling. Then again, La Masía’s talent has always been limitless. Riqui’s growth was a huge positive to behold and he played a key role in fixtures against Atlético de Madrid, Alavés, Celta de Vigo and Leganés.

Was there any doubt? It’s always an expected sight seeing Lionel Messi at the top of categories, but it is also painful to see him head and shoulders above everyone else, considering the support he has is often so little.

In spite of this not being his best goalscoring season, Lionel Messi secured his seventh Pichichi trophy | Photo by Juan Manuel Serrano Arce via Getty Images

Leo’s goalscoring rates had been substantially low, but he kept striving to get his side past the finish line by enduring a number of roles on the field, which he played with utmost perfection. Messi had absolutely no rest after the restart and looked exhausted from time to time, yet, he provided assists almost every time he stepped foot on the pitch. Along with that, he produced consistent performances and was always a menace for oppositions.

What was so remarkable was that, even though the Argentine wasn’t at his brilliant best, he was still an unstoppable force. The burden towards him may have exceeded to a point that his performances were getting affected severely, Messi still bamboozled oppositions smoothly.